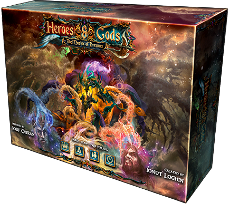 The Master of Dreams
Two-Player
Cooperative
Free
16+
2
30m - 1h 45m
6
82h
Heroes & Gods is a fantasy game based on PvPvE mechanics which opens the door for strategic partnerships during the gameplay, creating unexpected situations where interaction between players is both key and strategy. The player takes control of a Hero belonging to one of the four major races (Bashar...

read more...
Heroes & Gods is a fantasy game based on PvPvE mechanics which opens the door for strategic partnerships during the gameplay, creating unexpected situations where interaction between players is both key and strategy. The player takes control of a Hero belonging to one of the four major races (Basharii, Elysar, Takan or Aedolas) as the adventure commences.

High replay value and custom builds : The entire game is built on concepts such as freedom of choice, versatility while strategizing and social interaction. You build your Hero the way it suits you best. Use custom skills, cast one-of-a-kind magic spells, arm yourself with ancient or legendary weapons and armors, use unique magical potions or forgotten scrolls, take companions to help you defeat your foes. The competitive spirit is re-triggered each time you start a new Heroes and Gods session as the Heroes may be different for your will choose a different strategy in accordance to the gameplay that is unique with each game start. Each time you start there will be a new path to follow, a new strategy to apply, a new hero that you can build.

Social component and diplomacy : Demand actions from other players, ask for items or simply take control of the game and dictate moves if you get yourself into the power position, but be careful how you do it... Your reputation is going to make you or break you! Aside from the basic set of rules, the game gives you the freedom to decide what to do, who to attack, what loot you want to take for yourself, which rewards you want to share with your allies, who is going to fight the epic monsters at your side and more. Whether you want to attack a legendary creature, start an in-game quest, trade or fight for map shards to solve Aenigmas you will almost always need allies. Diplomacy plays a key role in the development of the game.

URGH NASIR trader and free trade : The game is designed to offer as much freedom as possible and great rewards to those who emerge victorious from battles. Each defeated monster can be captured. The soul dealer in Urgh will revive companions and sell you weapons, armors, potions, spells quests and upgrade your items and skills. Any item can be freely traded between players. Each player can initiate a trade session before starting their turn. In addition to this each 7th turn brings with it an auction market which contains unique artifacts.

During the game, the Heroes will go up against unique monsters, solve Aenigmas to reach epic locations guarded by legendary keepers, complete quests to receive unique items, call upon forgotten Gods asking for their favors in battle, explore unique sites filled with otherworldly creatures. As the game evolves the Heroes will improve their backpacks with spell scrolls, potions, skills, weapons and armors with unique abilities while fighting all together, in separate teams or each for his own. At the end, the surviving Heroes will battle once more and they will have to defeat Darva, the keeper of the souls in order to ascend and become Gods themselves.

The game offers an unlimited number of strategies that you can apply in your gameplay. It can be played co-op until the end or you could focus on eliminating your opponents one by one. 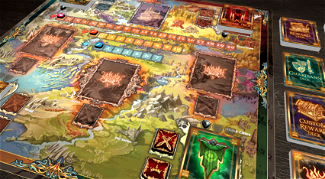 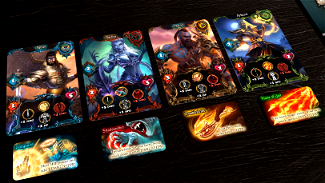 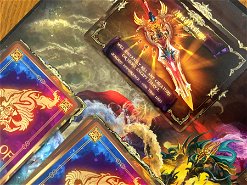 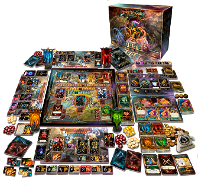 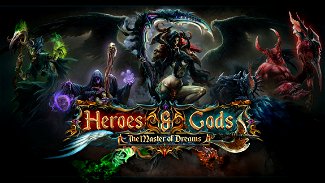 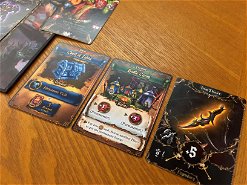 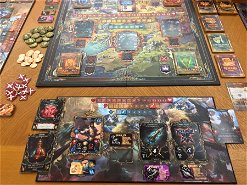 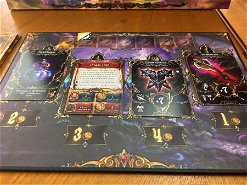 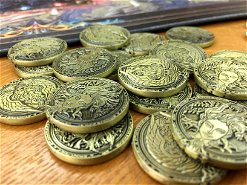 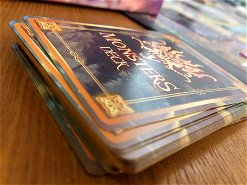