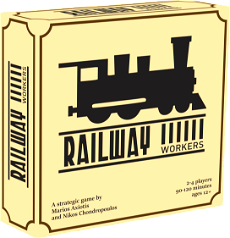 Free
10+
2-4
1.5h - 2h
45h
The end of 19th century. Even though most European countries have already railroad networks, a small country has no track laid yet. Local capitalists demand an efficient and cheap way to convey materials and deliver goods to big cities. The government decides to raise funds and then assign to constr...

read more...
The end of 19th century. Even though most European countries have already railroad networks, a small country has no track laid yet. Local capitalists demand an efficient and cheap way to convey materials and deliver goods to big cities. The government decides to raise funds and then assign to constructors the building of a railway route that will shorten the distances between the cities. New opportunities are raised for this part of economy. Constructors can clearly see that by using their small capital and by taking advantage of the funds offered by the state, then invest on the new means of transport, the railroad trains, they will be able to become powerful and wealthy. New jobs for Railway workers are now open!

Players take the roll of constructors. They compete on buying plans, tracks and structures, use railway workers, to contribute in the building of the railway route. They will use their capital and they will be awarded by the state for every job done and even more if they follow the demands of other parts of local economy. They will be able to buy railroad shares and whenever trains use the route to deliver goods their capital will raise even more. Whoever has the most money by the end of the game, when a representative part of the country's route is built, he will be the winner and the state will assign to him the building of the rest national route!

In each round players use their 8 action cards. All players have the same 8 action cards but they split them in two different Action phases in whichever order they like. Afterwards they will be able to ensure and enhance the actions of the cards using their dice. The properly chosen order the timing for every action and even more the help of the director can make the difference.

Players spend money to raise more money. Amount of money by the end of the game declares the winner. They must deal their capital wisely to spend lucrative!

Tips to play online:
-- When players are placing their cards and dice on their boards, each player should zoom in to look only their own board. A saved camera that shows just the main board also helps players to switch from their board to the main board without watching what other players do on their boards.
--The coin tokens are replaced with the very handy counters. Use the counters to pay or gain money. At the end of the game, add the amount gained from various leftovers. The player with the highest number on their counter is the winner.
--Do not forget to shuffle the 2 Director decks of cards.
--Use the large purple wooden piece as the tie breaker (Baton).
--If you play with 3 or 4 players, shuffle the 7th project tile (purple) with the rest. It is left outside-unused just for 2 players mode.
--The 4 dice next to the table on the right are just spare parts 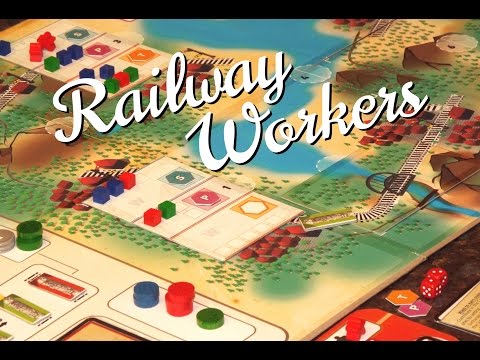 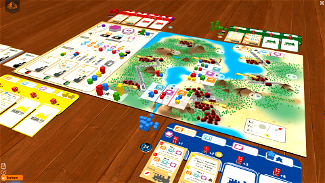 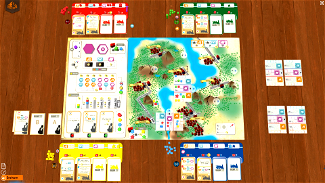