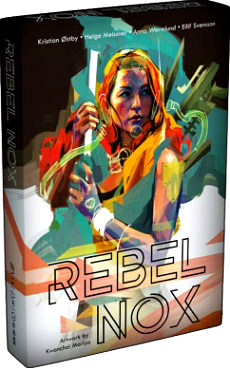 Free
10+
4-6
20m - 30m
6.5
31h
Rebel Nox is a highly tactical team-based card game with shifting alliances and a hint of social deduction. It is a stand-alone game set in the world of Capital Lux. The world of Lux is in uproar and rebels and loyalist fight for control of the capital. Who is on your side? Will your team gather ...

read more...
Rebel Nox is a highly tactical team-based card game with shifting alliances and a hint of social deduction. It is a stand-alone game set in the world of Capital Lux.

The world of Lux is in uproar and rebels and loyalist fight for control of the capital. Who is on your side? Will your team gather enough followers to seize power? And who is true to your cause when it looks lost?

With the cards dealt at the beginning of the game, players are assigned to either the Rebel team or the Loyalist team. The two teams fight for control over locations that alter the rules in that particular fight, and provide influence to the winner. Play your cards tactically to establish who is on your team, take control of locations and make sure your team has the most influence at the end of the round. But as cards change hands, allegiances can change, so who can you really trust? Perhaps you secretly switched team yourself?

The near endless combinations of locations and card distribution make for a vast number of unique situations and tactical challenges, ensuring no two games will ever feel the same.

The player who was dealt the "rebel commander" chooses a location for the first fight, and leads by playing the first card.

The game then plays like a trick taking game, but with some important differences: certain cards will alter who wins the location (assassins take out the highest card, making the second highest card win instead), flags increases the value of the current location (play them when you think a team mate will win), and infiltrators make cards switch hands (for every infiltrator symbol played, the player who played the lowest card must draw one card from the hand of the winning player). With tactical card play you can both influence who wins the location and how much it is worth. But as cards switches hands, you may not be sure who is on which team.

After all six locations have been won, players reveal which side they are on (if you have a rebel card, you are on the rebel team; if not, you are on the loyalist team). Players now collect followers for their controlled influence, and all players on the team that controls the most influence are awarded bonus followers. If one team has managed to gather a required number of followers, they win the game. If not, another round must be played. 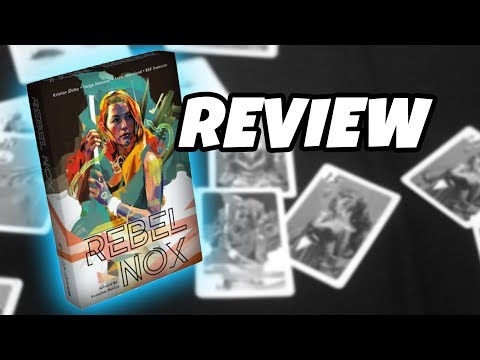