10 Games to Play on Valentine's Day ❤

Play these board games with your loved one online 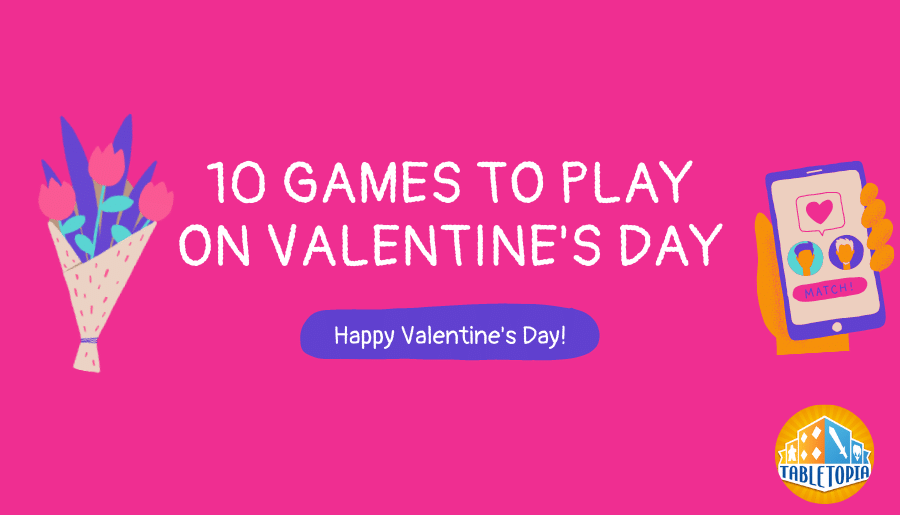 Whether it's an old love or a first date, board games are a great way to spend the day with your partner! It's hard to beat the intimacy of spending time together and pitting your minds against one another. We've compiled a list of games that are perfect to share - be it because they have romantic themes or are adorable, but also because they work perfectly for two players. These games are a mix of competitive and cooperative games, depending on your mood!

These digital games can be played both online or in hotseat mode (meaning you can share the same screen if you're in the room with one another).

"The noble Princess is looking for an ideal partner and confidant to help with her royal duties when she one day assumes the throne. You must prove your worth and gain her trust by enlisting allies, friends, and family of the Princess to carry a letter of intent to her. Can you earn the Princess' trust and become her confidant?"

Love Letter is a short and simple game, that relies on a little bit of luck and a little bit of deduction. On your turn, you'll draw a card, then play one of the two cards in your hand - activating its powers. Your goal is to eliminate the other players OR end the round with the highest numbered card. But be careful - the higher numbered cards are more easy for other players to discover! 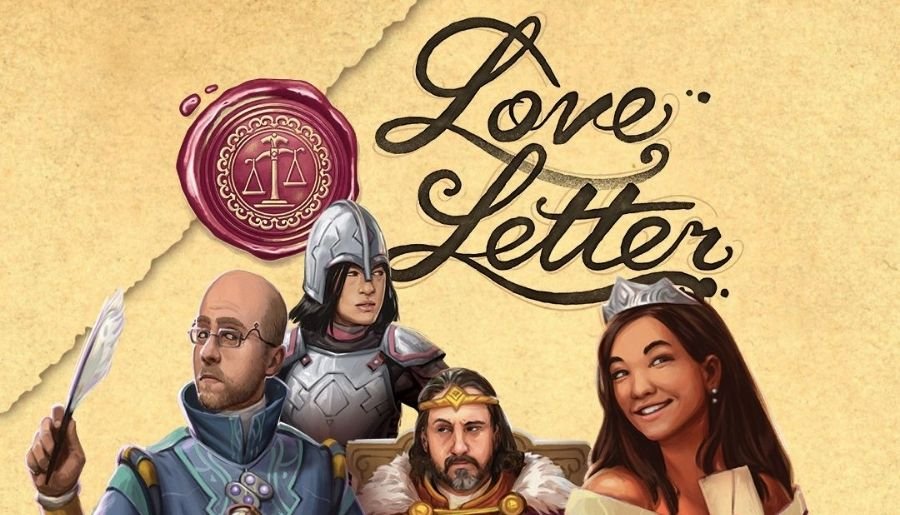 "Onitama is a two-player, perfect information abstract game with a random starting set-up. On a 5x5 board, both players start with five pawns on their side, with the main pawn in the middle."

What makes Oniama so good is that it's chess with all the fluff cut out. The small board makes for very quick game sessions (though you'll likely go again and again!), and the real mastery is how you decide what your pieces do! Any piece can move according to the directions on the cards in front of you, but watch out - when you use a card's movement, you'll be passing that to the other player for them to use on a future turn. You'll always know what your opponent is capable of, but not what they'll do! 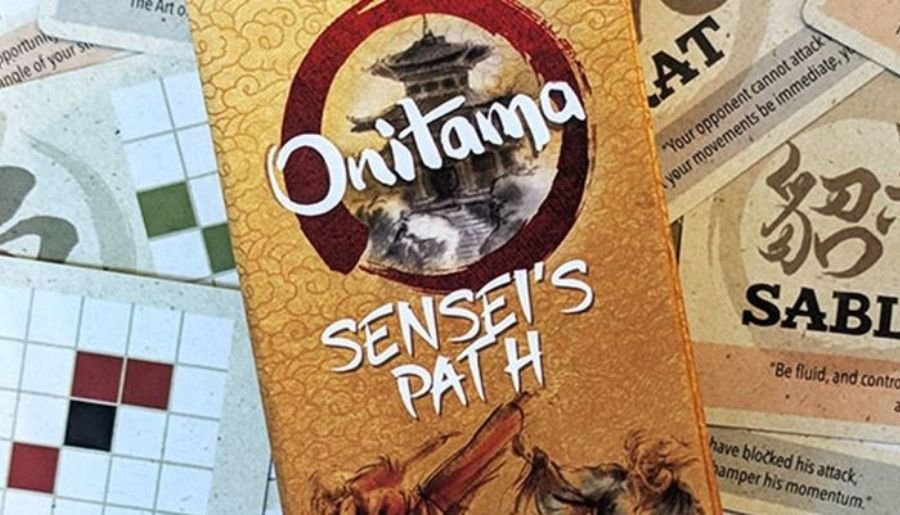 "Calico is a puzzly tile-laying game of quilts and cats! In Calico, players compete to sew the coziest quilt as they collect and place patches of different colors and patterns."

Calico is a game that couldn't be simpler to understand, but it takes some sheer thinking power to win (also, all the cats in the game are based on real cats you can read about in the rulebook)! Your entire turn is to pick 1 of 3 tiles to place on your quilt board and match it with other colors and patterns. However the ways you can score points for your patterns on your board are all at odds with each other - figuring out what will make the best quilt is where the real challenge lies. 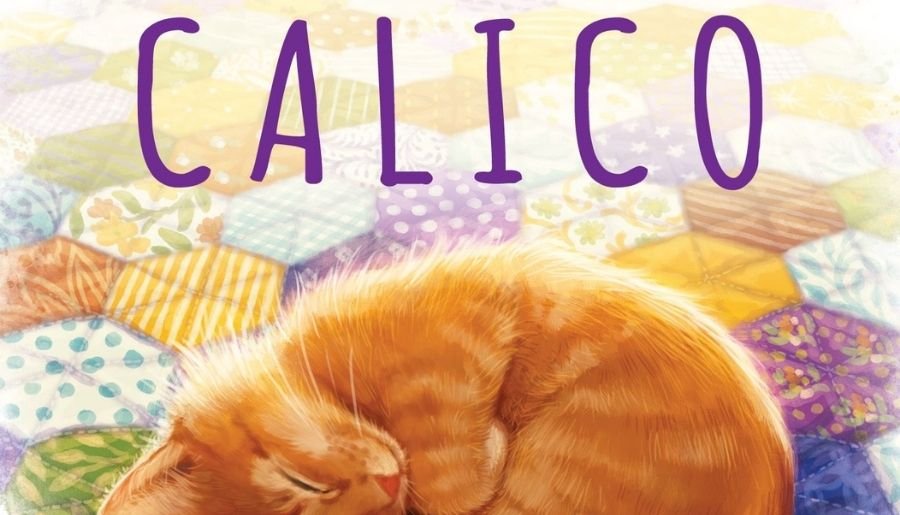 "Fugitive is a two-player card game set in the world of Burgle Bros. One player is a fugitive trying to make it out of town while being pursued by an unstoppable agent. The fugitive plays cards face down to the table trying to work their way to a goal, while the agent must guess those cards to uncover them. If all the cards are face up, the fugitive is caught."

This game of cat-and-mouse pits two players against one another in completely different roles, and it's a tense ride! The fugitive plays down cards that pertain to the location they're hiding, while the agent tries to deduce where they are based on what's already come out and been revealed. If the fugitive manages to elude the agent for long enough, they'll escape! 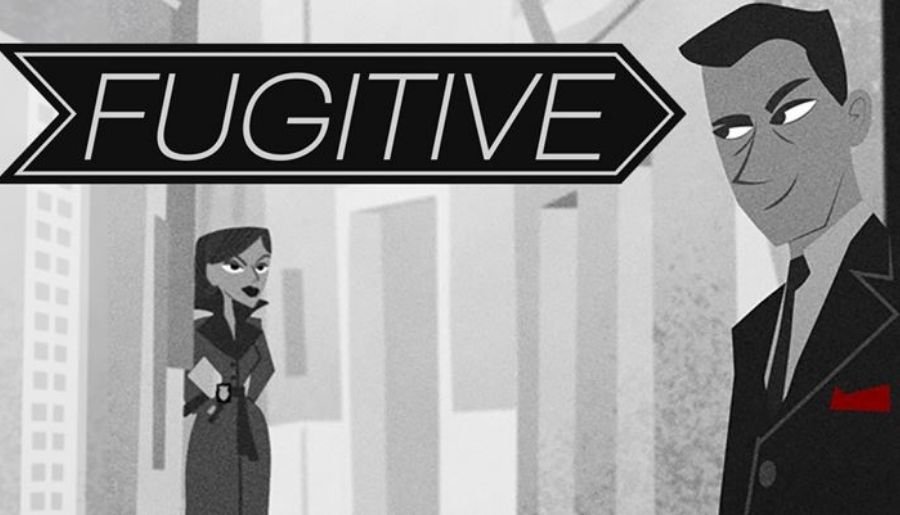 "Santorini is a non-abstract re-imagining of the 2004 edition. Since its original inception over 30 years ago, Santorini has been endlessly developed, enhanced and refined by mathematician and educator, Dr. Gordon Hamilton."

This two player (or 4 player team) game sees you playing as Greek gods - attempting to reach the third level of your buildings before other players. But be careful, they can use their wiles and powers to block you or even claim victory first! This game looks gorgeous and is highly replayable, with multiple god powers to choose from. 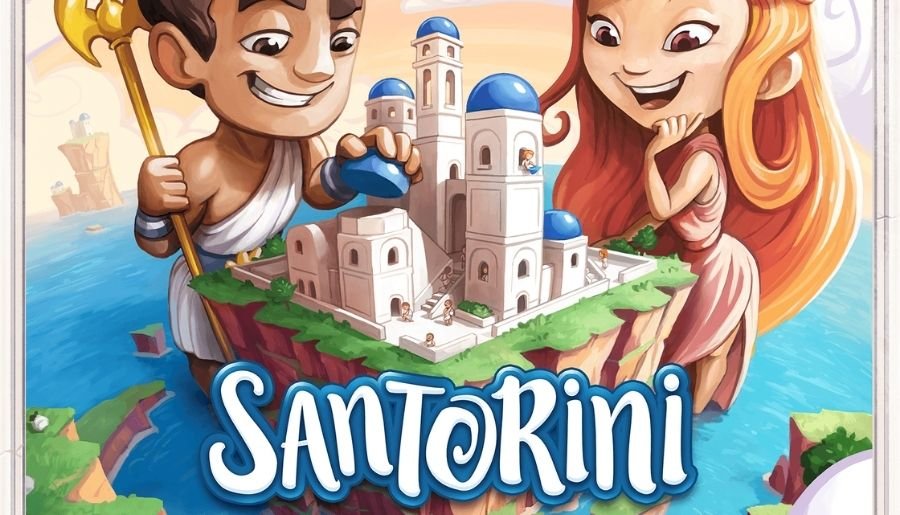 "...and then we held hands. is a co-operative game about finding balance. To win, the two players must complete objectives and reach the center of the board."

By working together, you and your partner will attempt to reach the center of the board, but no talking is allowed! Figure out between you what your partner can do, as you can use either of your cards. However, if your partner ends up unable to move, the game is over. Empathy is the word here, and figuring out intent is the key to victory! 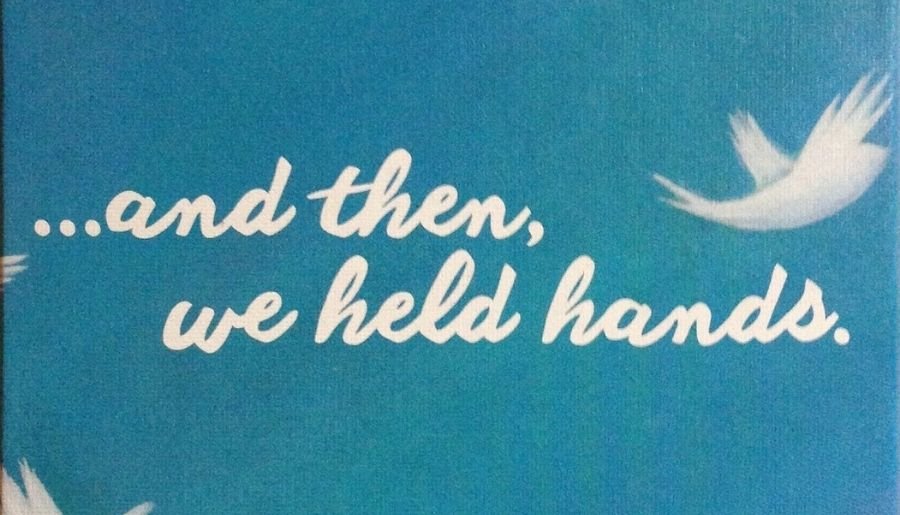 School or be school'd in Aqualin - the goregoues sea reef game! Both players place stones on an empty field, but one player is trying to make groups of the same colour while the other is forming groups of identical sea creatures. These competing goals mean you're always going to be ruining best laid plans (while it happens right back at you)! 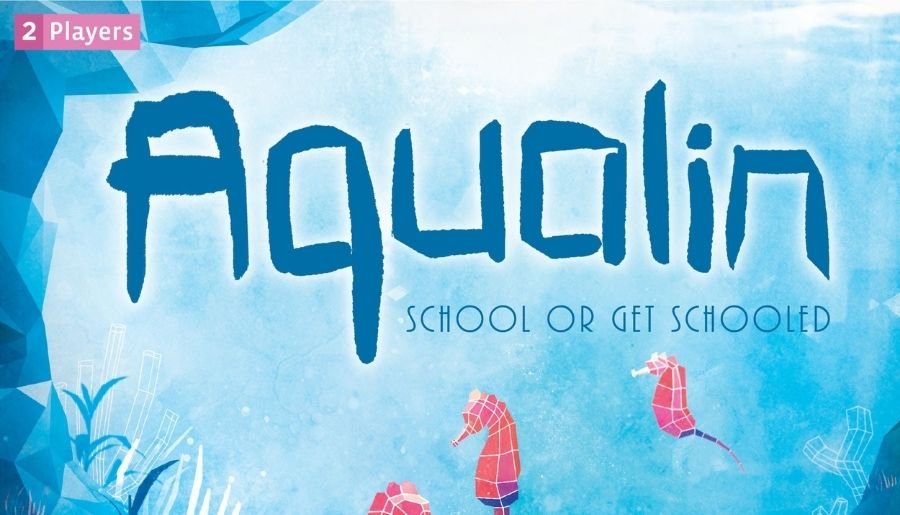 "Disease threatens North America and only you can stop it! In Pandemic: Hot Zone – North America, players work together against the game to discover cures for three deadly diseases that threaten the continent. Travel to different North American cities to treat local populations, prevent outbreaks, and share research with your team. Can you discover the cures before it's too late?"

The original Pandemic is a modern classic of board gaming, and one that even your non-gaming friends have probably come across at some point in their lives. The Hot Zone format of Pandemic is a faster and quicker version of the game, taking only 30 minutes. All the challenge of the original in a much more compact and accessible format! 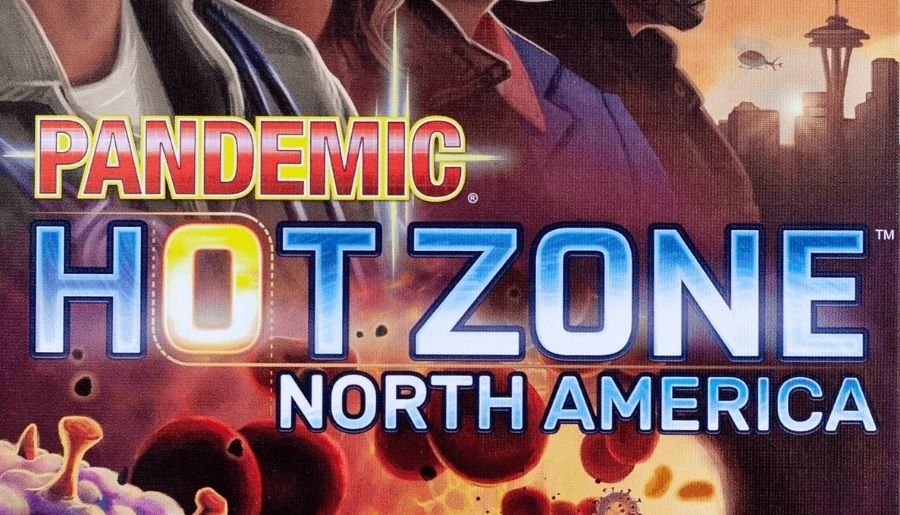 "Fluttering Souls is a captivating and beautifully illustrated two-player card drafting game based on the Japanese legend of The White Butterfly. Collect a kaleidoscope of butterflies in the hope of being visited by the White Butterfly; the soul of a lost loved one."

From Australian designer Joel Lewis comes this gorgeously personal and intimate game of attracting butterflies. Take turns picking a butterfly from the stack to complete sets! 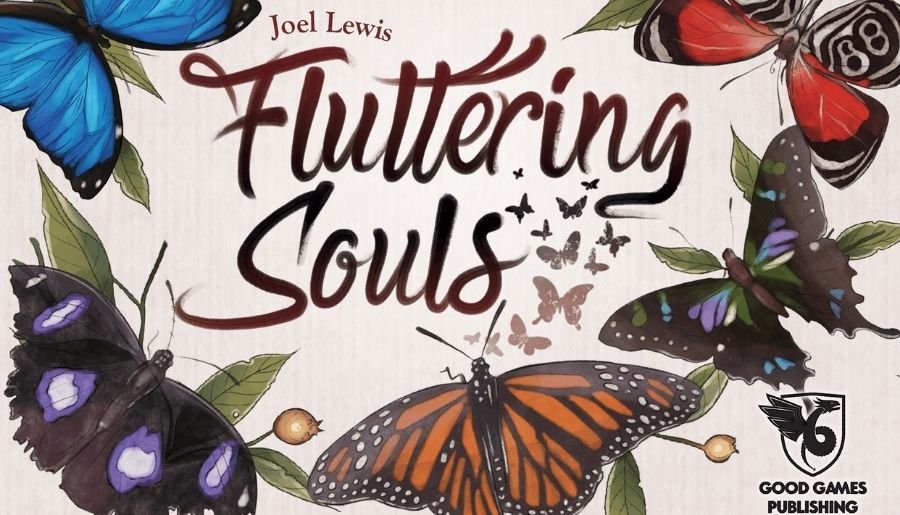 "You are bird enthusiasts — researchers, bird watchers, ornithologists, and collectors — seeking to discover and attract the best birds to your aviary. Each bird extends a chain of powerful combinations in one of your habitats."

There's not much more that needs to be said about Wingspan that hasn't already been. This award-winning game of building out your bird habitats took the world by storm in 2019. Its accessible theme and its simple yet rich gameplay have made this game cross through the barrier of modern board games into the mainstream. 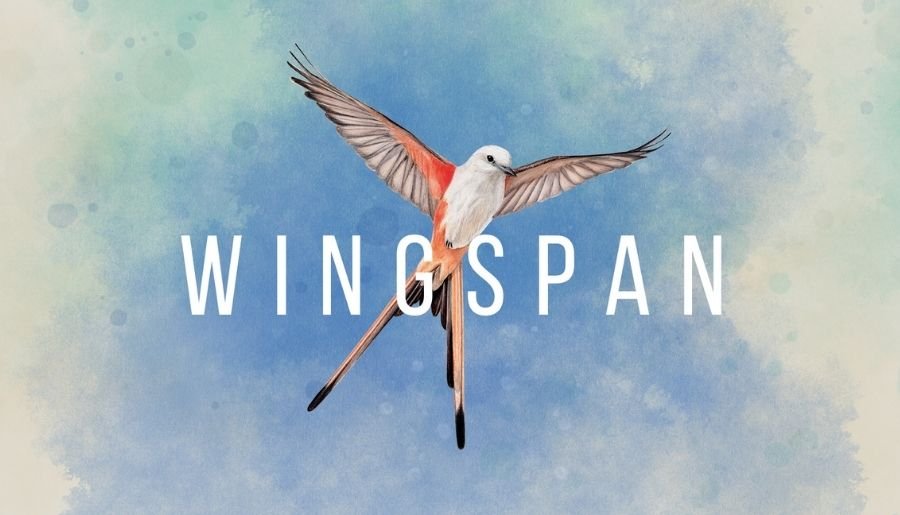