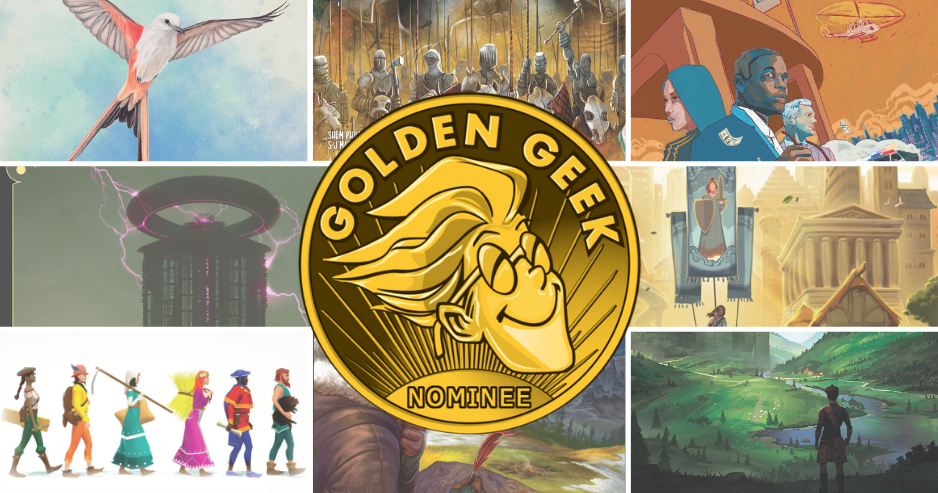 The nominees for the 2019 Boardgamegeek Golden Geek awards have been announced, and voting is now open! If you want to make a more informed decision before casting your vote (or just experience some really fantastic games), here are some award nominees you can play right now! 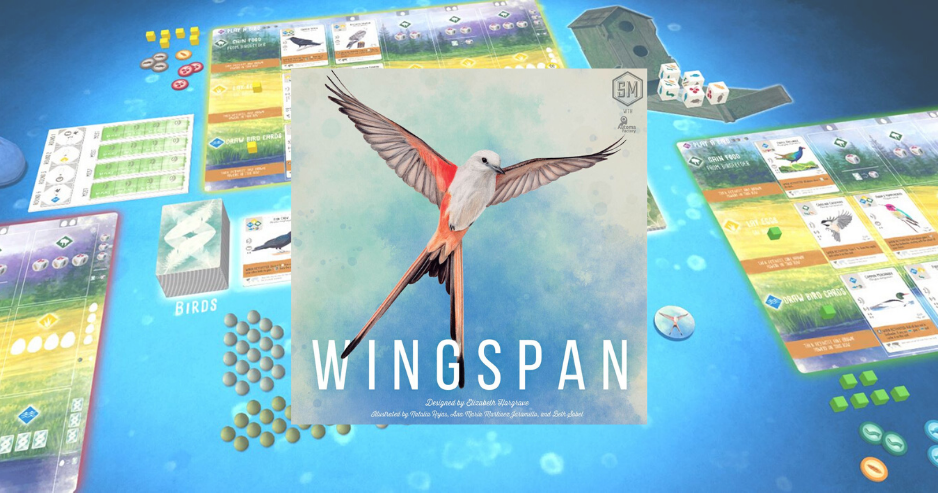 This debut design from self-proclaimed “spreadsheet geek” Elizabeth Hargrave has already swept up the 2019 Kennerspiel des Jahres, and is currently sitting pretty as the number 21 overall ranked game on BGG. With its satisfying engine-building akin to Terraforming Mars and Gizmos, it’s undeniably one of the hottest games of 2019

Play as bird enthusiasts — researchers, bird watchers, ornithologists, and collectors — seeking to discover and attract the best birds to your aviary. Each bird extends a chain of powerful combinations in one of your habitats, and the winner is the player with the most points accumulated from birds, bonus cards, end-of-round goals, eggs, cached food, and tucked birds.

Nominated for Game of the Year 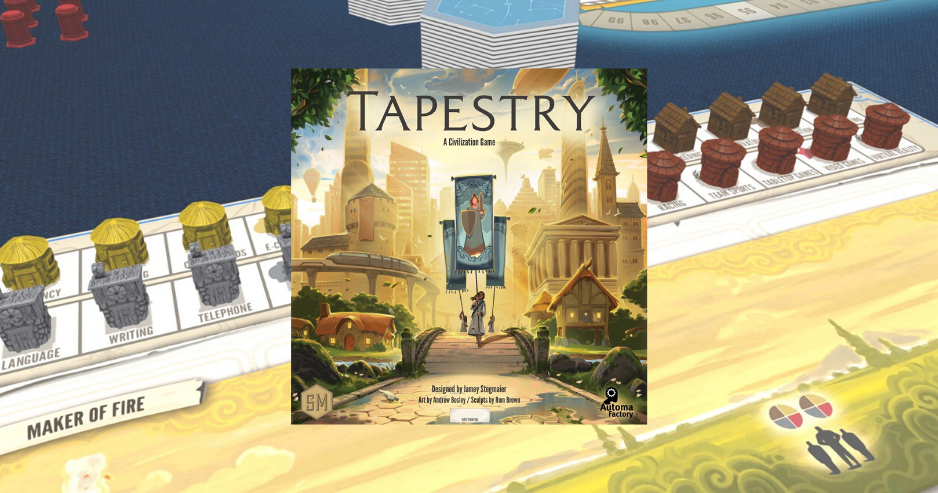 The other Stonemaier-published game to make the list. Designed by Jamey Stegmaier, this 1-5 player civilization-inspired Eurogame sees you creating the empire with the most storied history - from the dawn of mankind, to their assent into the stars and beyond.

On your turn, you’ll choose one of four advancement tracks (science, technology, exploration, and military) to progress on. Move yourself up one space, gain the benefits, and leverage your asymmetric abilities to your path to victory. You can go hard on one track or play a balanced game to slow your opponents down. The strategy is dynamic every game!

Nominated for Game of the Year, Innovative 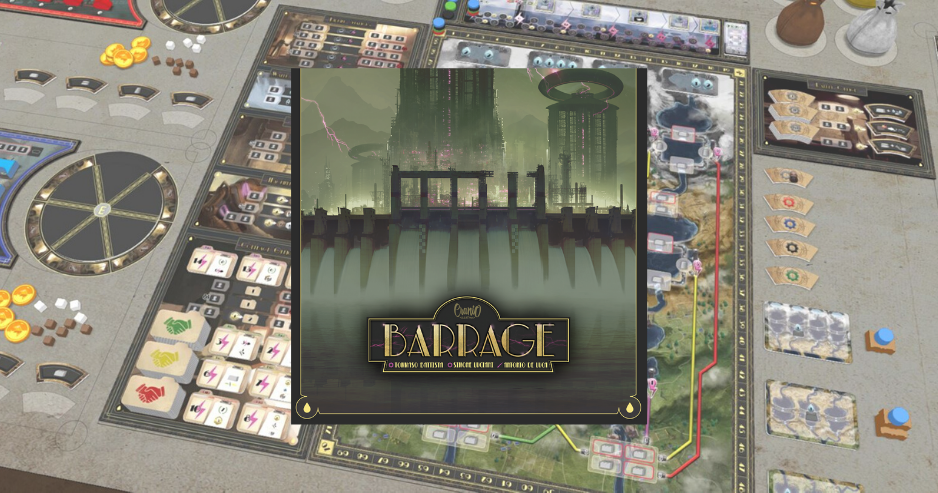 Barrage is a resource management and strategic placement game, in which players will compete to build their majestic dams, raise them to increase their storing capacity of precious water, and deliver all the potential power through pressure tunnels connected to powerhouse energy turbines.

Barrage includes two innovative and challenging mechanics. The Construction wheel has to be managed by players to carefully plan their actions and handle their machineries, since both your action tokens and resources will be stored on the wheel and will come back only after a full wheel round is completed. The more you will construct and perform maintenance on your wheel, the earlier you will get back your resources and actions.

PALADINS OF THE WEST KINGDOM

Nominated for Game of the Year, Artwork & Presentation, Strategy Game 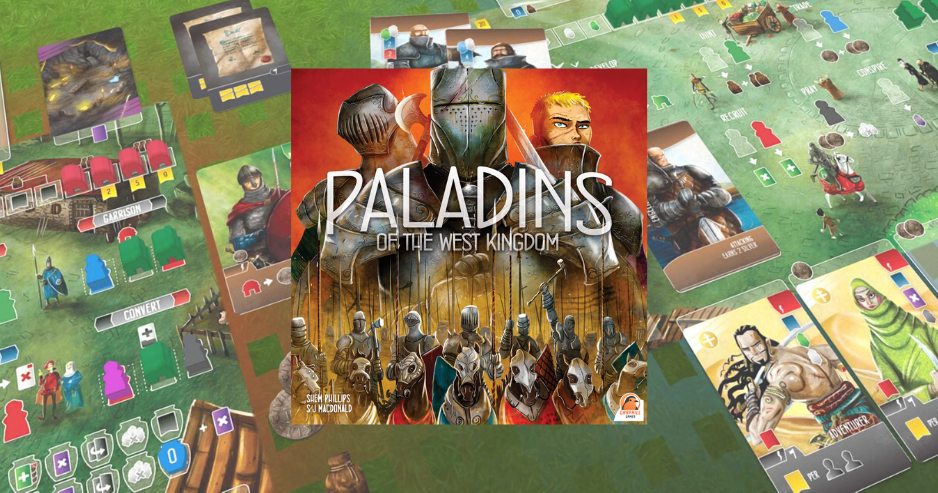 Ready the horses and sharpen the swords. The Paladins are approaching!

The aim of Paladins of the West Kingdom is to be the player with the most victory points (VP) at the game's end. Points are gained by building outposts and fortifications, commissioning monks and confronting outsiders. Each round, players will enlist the help of a specific Paladin and gather workers to carry out tasks. As the game progresses, players will slowly increase their faith, strength and influence. Not only will these affect their final score, but they will also determine the significance of their actions. 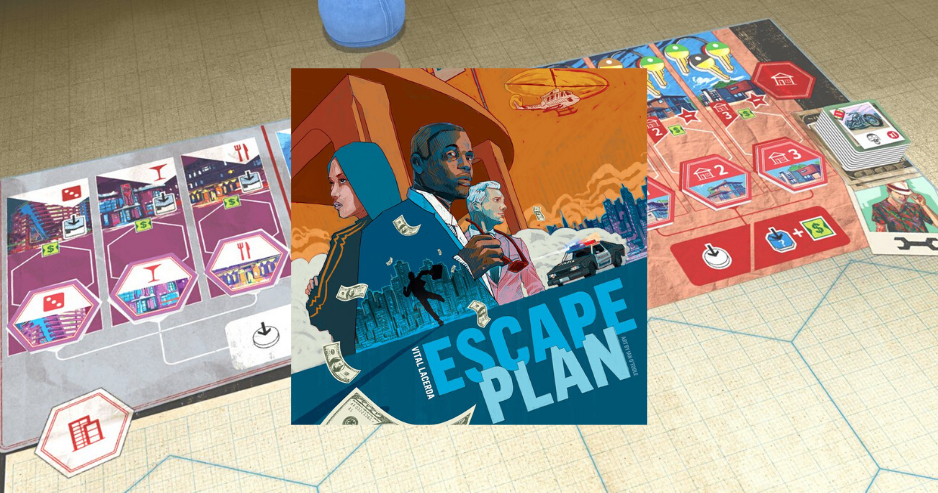 In Escape Plan, players are the thieves, but they may influence the cops' moves every turn. The robbers move on a modular board trying to reach the best spots to recover their loot and escape from the city with more money than the other thieves. The cops are trying to thwart their escape plan — by force if necessary. The players play cards to aid their escape and slow the other players down. The players take actions that allow them to move and to engage gangs, mules, and snitches.

The game design is influenced by great heist films. 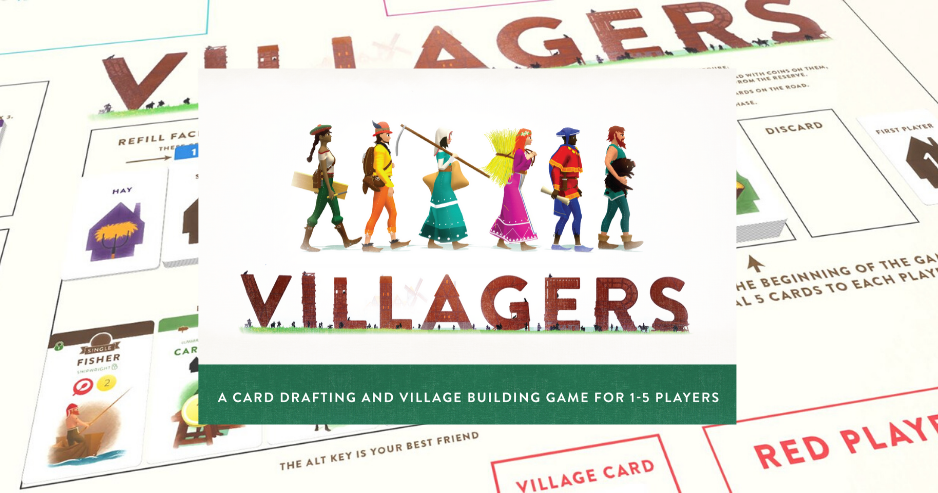 You are the founder of a new village during the middle ages, in the years after a great plague. The loss of so many people has created big problems for the survivors. Many of the people the villagers used to depend on for essential things like food, shelter and clothes are gone. Craftsmen find themselves without suppliers of raw materials, traders have lost their customers and many have lost their farms and workshops as they escaped the plague.

This medium-light city builder has a surprising amount of depth and some adorable artwork! 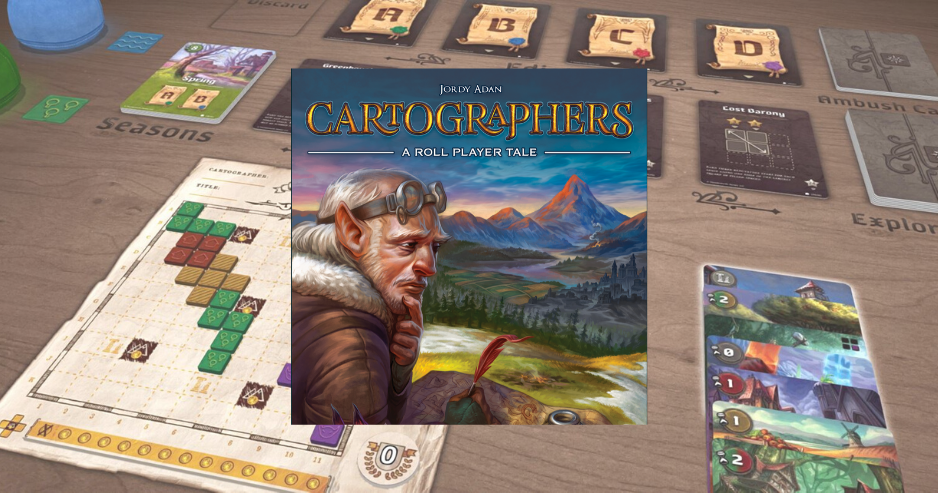 One of the most streamlined and accessible flip-and-writes out there! The presence of monster cards in the deck also gives it a bit of interaction, evolving the genre beyond a simple multiplayer solitaire. 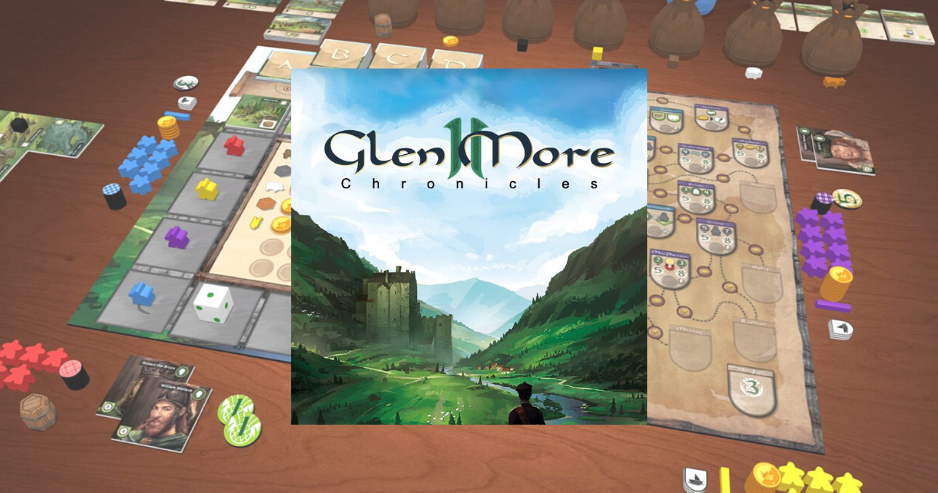 Glen More II: Chronicles is a sequel to Glen More, expanding the gameplay substantially compared to the original game.

In Glen More II: Chronicles, each player represents the leader of a Scottish clan from the early medieval ages until the 19th century, a leader looking to expand their territory and wealth. The success of your clan depends on your ability to make the right decision at the right time, be it by creating a new pasture for your livestock, growing barley for whisky production, selling your goods on the various markets, or gaining control of special landmarks such as lochs and castles.