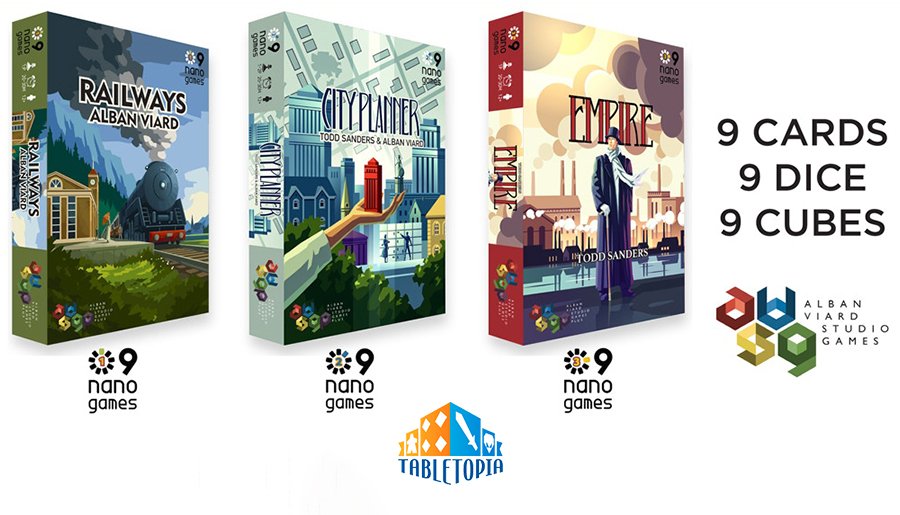 A Nano9Game is a game that only contains 9 Cards, 9 Dice and 9 Cubes. Nano means something tiny! Soooo tiny that a nanometer is 1 billion times smaller than 1 meter = 10^-9 Nano9Games are all designed around the number 9!

In the middle of the 19th century, it is the time of the Industrial Revolution. Take advantage of the steam age and build your railroad empire by developing railroads, expanding buildings, and moving passengers to make the most profit in Railroads.

City Planner is a 9-9-9 version of Town Center mixed with Card City and dice. Your SmallCity is divided into several blocks that contain different boroughs (Residence, Commerce, Industry, Cultural Buildings, City Hall or mixed zoning of Residential and Commerce).

At the turn of the century, build your solo industrial empire by constructing factories, hiring workers, producing goods and selling them for a profit. How rich will you be when you retire in Empire?