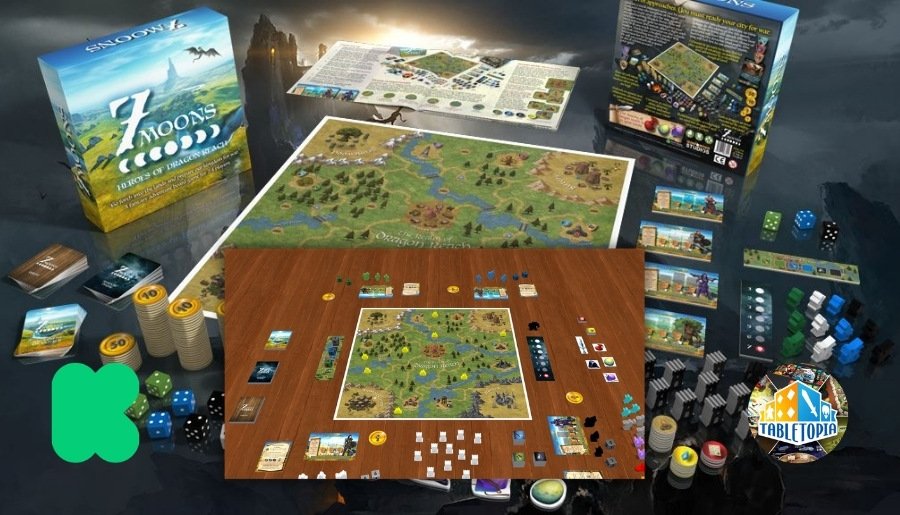 7 Moons is an original board game from Gunpowder Studios, set in a mythical, magical world of dragons and monsters, where 2-4 players seek to save the beautiful kingdom of Dragon Reach from the impending Shadow Army.

An easy to learn, 2-4 player board game of strategy, acquisition and adventure in a mythical, magical land.
In 7 Moons you play a royal emissary, sent out by your monarch into the kingdom to organise the defence of your city against the approaching Shadow Army. You will travel the lands, buying and selling resources to fill your war chest, building defences, recruiting allies and completing quests. You have little time and much to do, so choose your strategy wisely. Those best prepared have the greatest chance of surviving the monstrous onslaught. The rest will not live to see another moon.