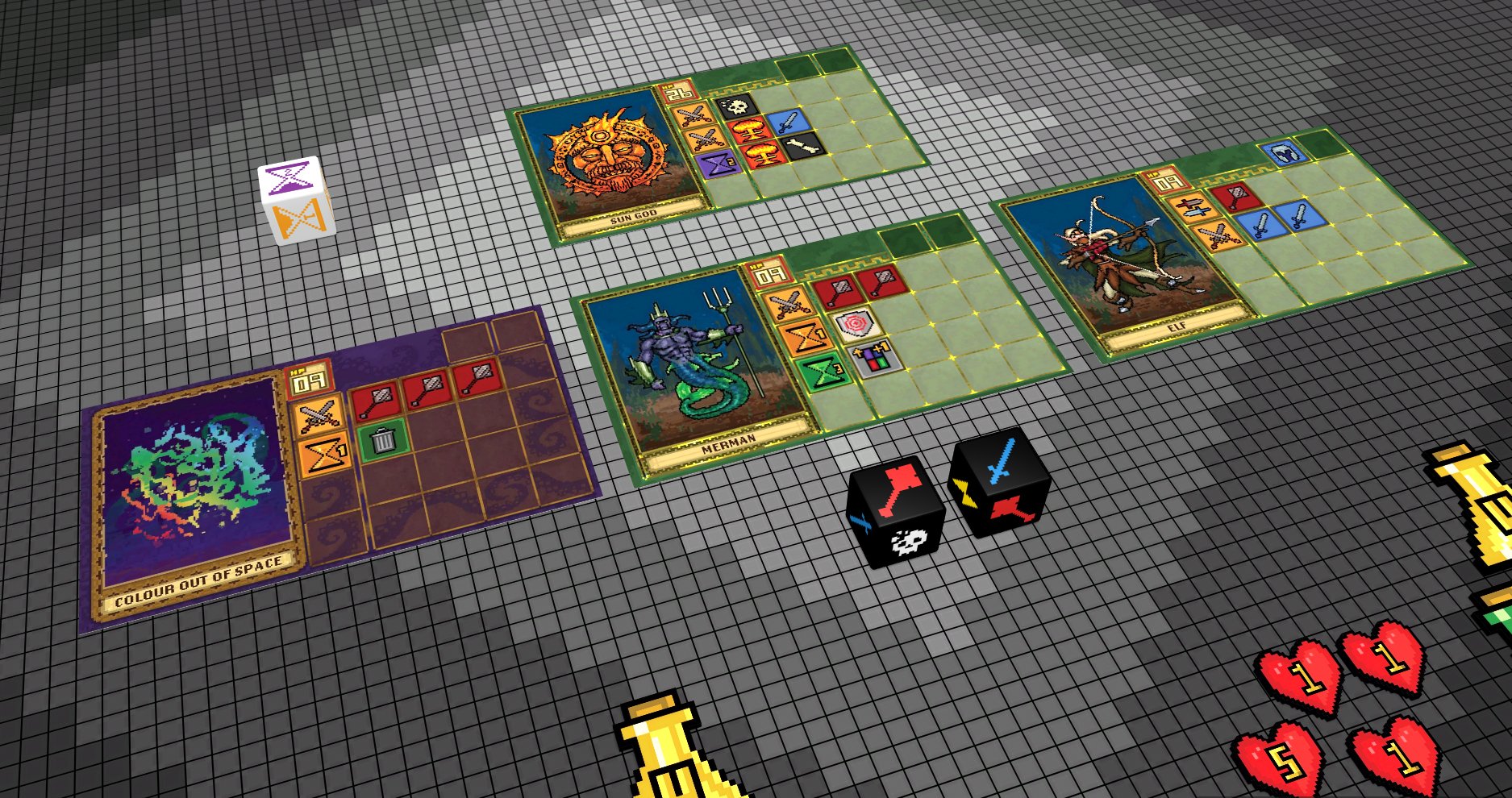 Fight foes ranging from shoggoths and cacodemons to gnomes and cosmic clouds in 8-Bit Attack! 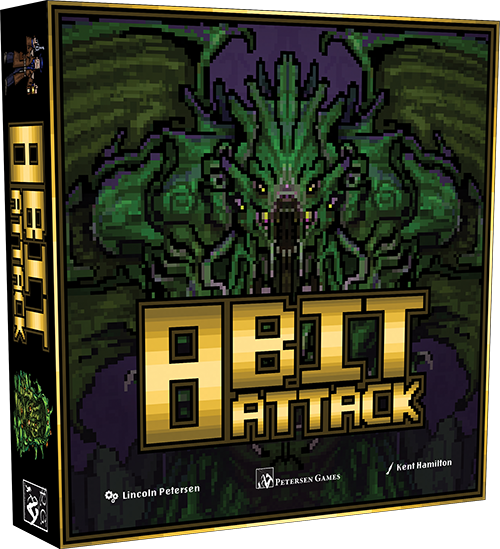 8-Bit Attack is a game of manic co-operative battle, inspired by the old side-scrolling console games we all loved. Each player controls a gallant 8-bit hero who, with his friends, has to take out a series of minibosses. You must power-up your heroes until they’re tough enough to take on the final boss – none other than Cthulhu himself! Every game is focused directly on tactical boss fights and hero advancement!