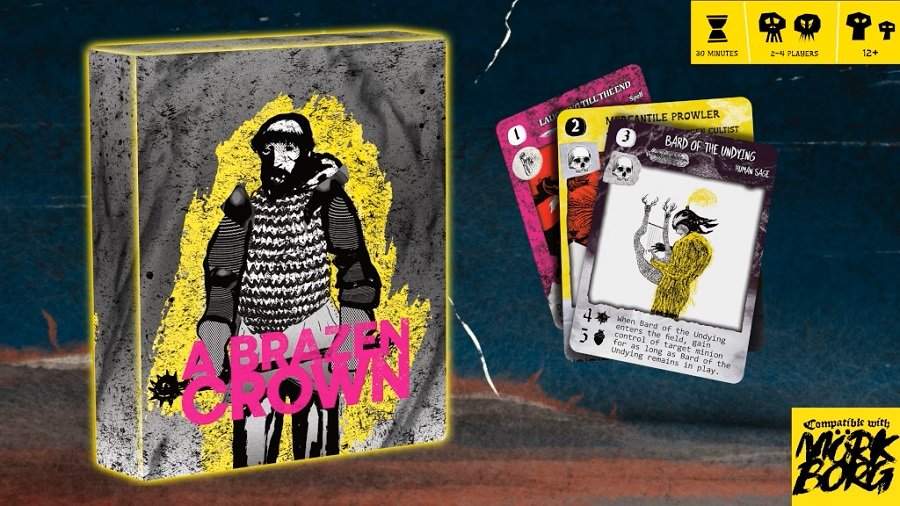 A Brazen Crown is the first card game based on Mörk Borg, a pitch-black apocalyptic fantasy RPG set in a bleak and dying world.

A Brazen Crown is a lightning-fast battle card game with strong drafting options. Each player controls a blended deck from two of five iconic factions (Royal, Occultist, Esoteric, Fanged & Scum) and wins by reducing their opponent's health points to zero.

On their turn, a player has three coins to spend on minions, spells, relics and traps from their hand. While the ultimate goal is to deal damage to the opponent, other card abilities include wounding or healing minions, searching for other cards, gaining loot to be spent on later turns, and so on. 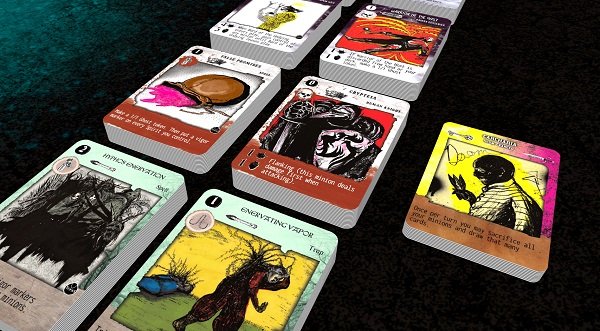