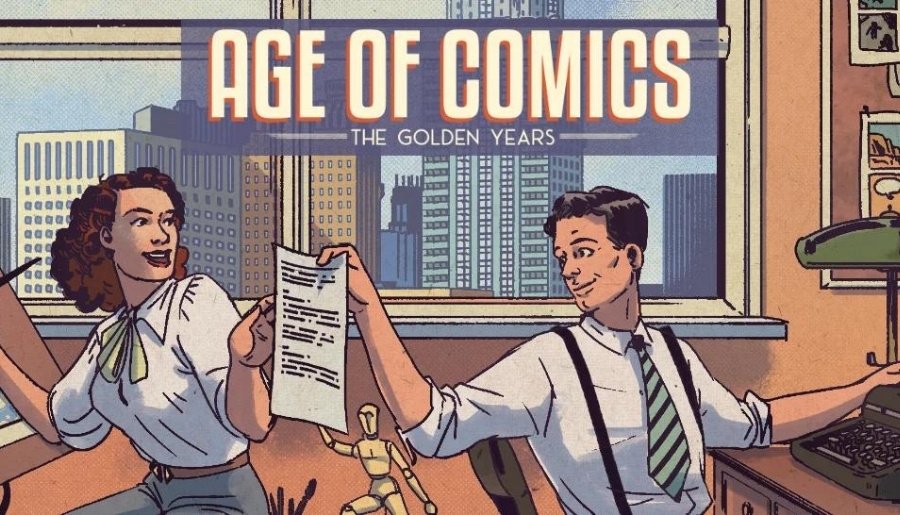 Age of Comics: The Golden Years is a worker-placement board game in which you play the role of a fictional comic-book publishing company during the golden age of comics (circa 1938-1956). 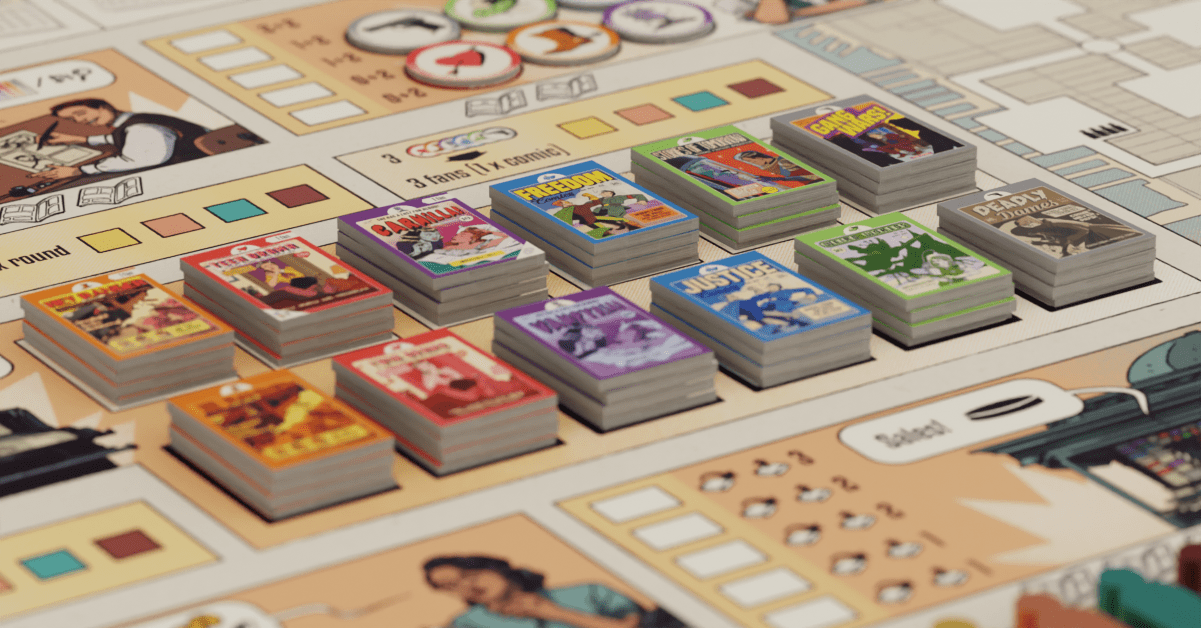 In each round the players, in turn, must position 4 meeples (workers called editors). They can choose 4 out of 6 spaces, called publishing tasks. There are 6 publishing tasks in total that can be performed in any order and lead to 6 specific player actions: hire, develop, ideas, print, sales, royalties. When a player prints a comic book she must pay using monetary resources ($) + 2 identical token ideas and display, on the table, the comic book cover and, underneath, show both a writer and an artist card. The comics’ value (needed for collecting orders on the map) will be the sum of the value of its creatives (artist + writer). Each creative card has a value ranging from 1 to 3. 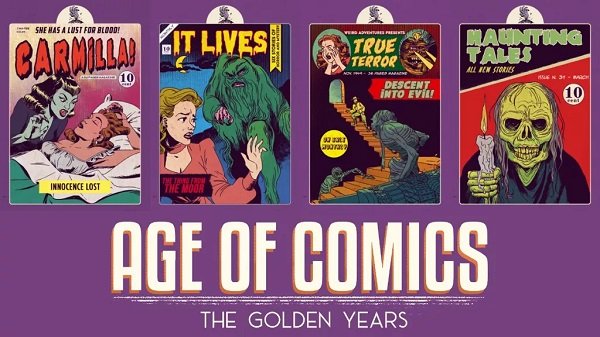 The game lasts 5 rounds. The objective of the game is to accumulate the highest number of fans, make money by publishing comics and create the best portfolio of comic books. 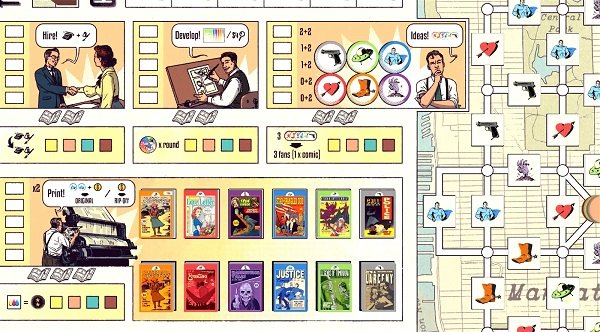