Check out these aquatic adventures 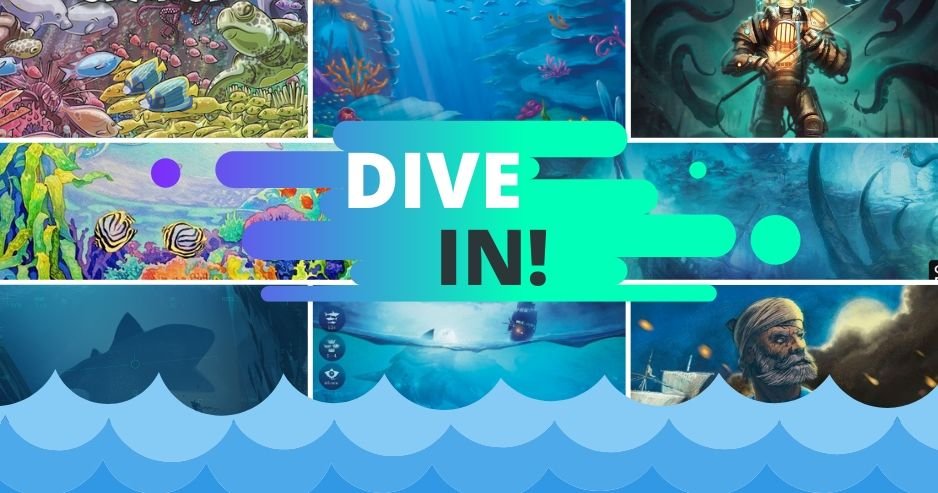 Ready to make a splash? These acquatic-themed adventures will have you exploring all the depths of undersea board gaming - from the serene beauty of the Great Barrier Reef all the way to the unknowable horrors of deep... 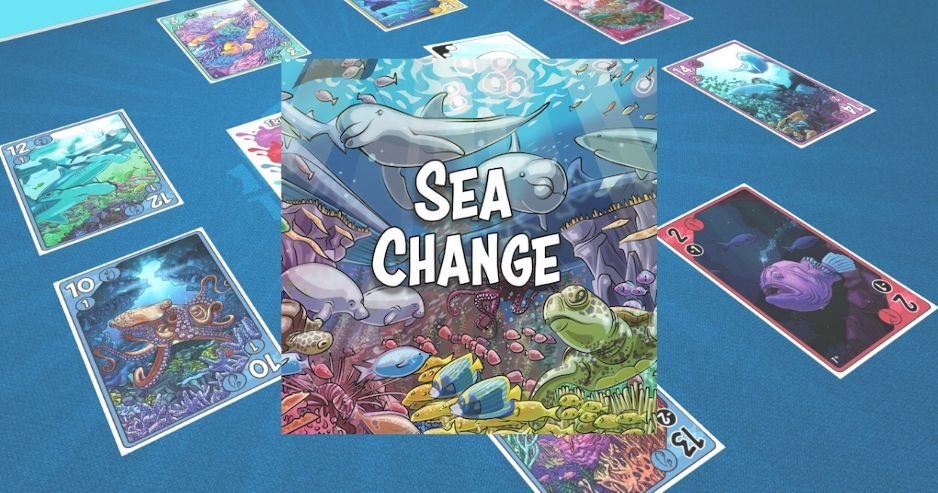 In this light trick-taking game, players attempt to win tricks containing cards with positive points, and avoid cards with negative points. At the end of the round, check which suit is trump. The 0 from that suit, and only that suit, is now worth 5 points. All other 0s are not worth any points.

A re-implimentation of Inside Up Games' highly successful Gorus Maximus, this one has... shall we say, more family friendly art than its predecessor. Now instead of bloody gladiatorial combatants, you'll be playing gorgeous sea creatures from your hand! New art, same innovative trick taking gameplay. 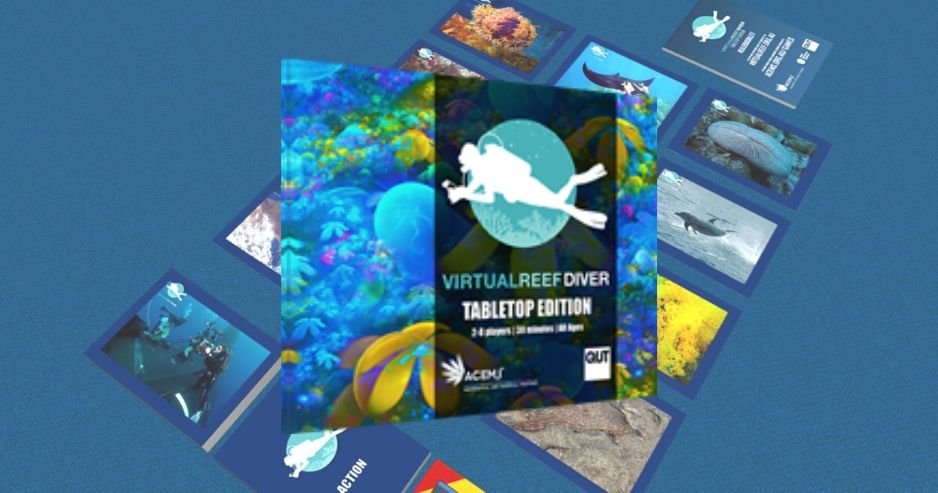 Dive into the beautiful Great Barrier Reef as citizen scientists on the frontline of Australia’s fight to save the largest reef on earth. Using your powers of deduction, you will identify a vast array of marine life and utilise advanced technologies to navigate your way through natural disasters and the catastrophic impacts of climate change. Join your fellow divers and lead the fight to protect and save our reef!

The information in this game is based on research being undertaken at the Queensland University of Technology. To contribute to this research, please visit virtualreef.org.au. 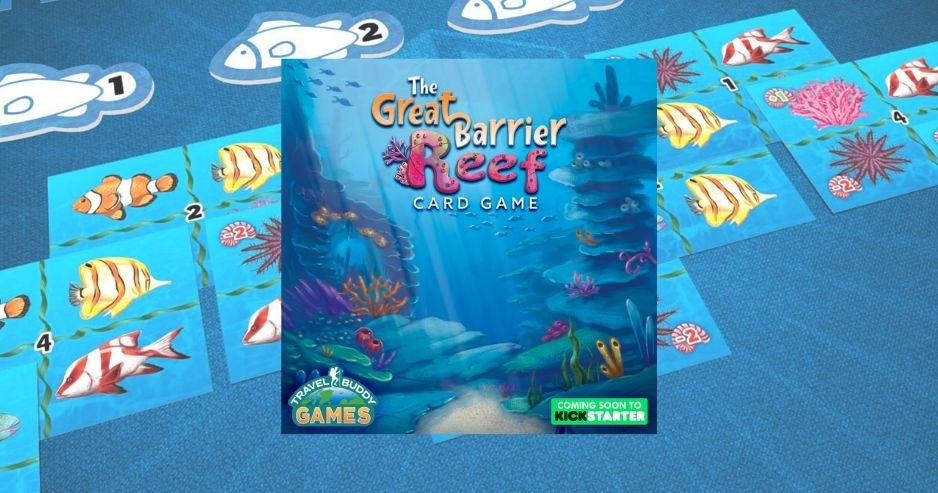 The Great Barrier Reef Card Game is a clever card game for anyone who loves the reef, sea life, diving, or just cool games! In the game, you get to curate a portion of the reef so that it best fits the needs of the sea life that lives there. Try to great the conditions most favorable for a thriving ecosystem while discouraging the presence of invasive species.

The main gameplay consists of laying reef tiles that overlap and create the best arrangement of fish based on the current scoring conditions. It's light but with an interesting spacial challenge. 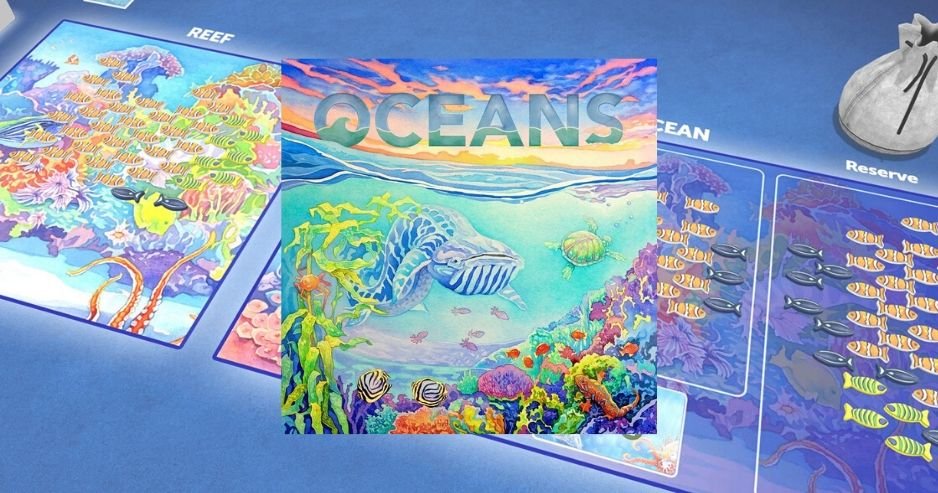 Oceans portrays the dynamic ecosystem that exists below the water’s surface through the specific traits of individual species and the interaction of those traits among species to determine which species survive, which thrive, and which go extinct.

This game is an interactive engine builder, where players evolve their species in a continually changing ecosystem. Players must adapt their interconnected ecosystem to survive against the inevitable march of time (Aging), as well as a multitude of predators looking for food. 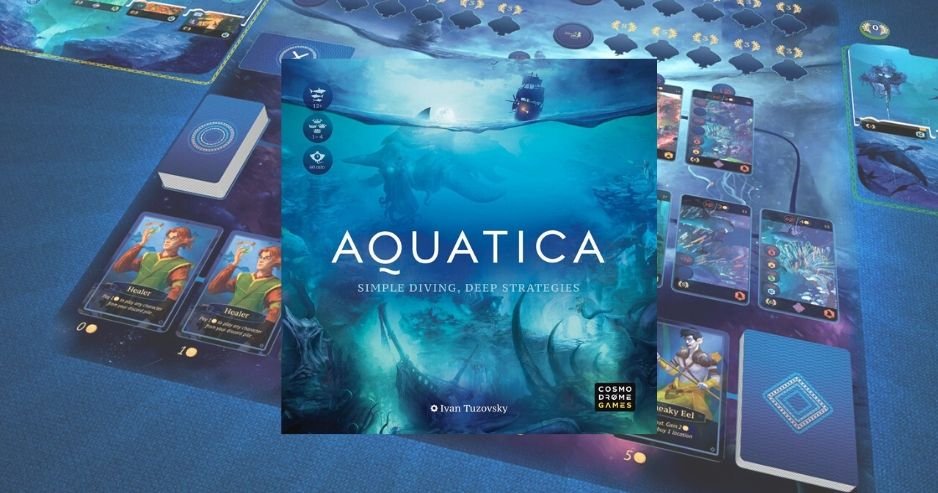 Aquatica is a deep, but easy to learn family engine builder about underwater kingdoms.

In the game you will become one of the mighty ocean kings, struggling to bring glory to his realm. To win the game, you need to capture and buy locations, recruit new characters, and complete goals; each of these actions gives you victory points at the end of the game. To do so, you need to play cards from your hand (each with a unique set of actions) and combine them. Don't think it's simple! With a good strategy during your turn, you can take up to ten actions in a row.

You will encounter plenty of mysterious ocean creatures and take them to your hand. With their help you will explore the unknown locations and rise found resources from the ocean depths to your kingdom. Mechanically this is represented with the help of three-layered player board and the unique mechanism of card-rising. 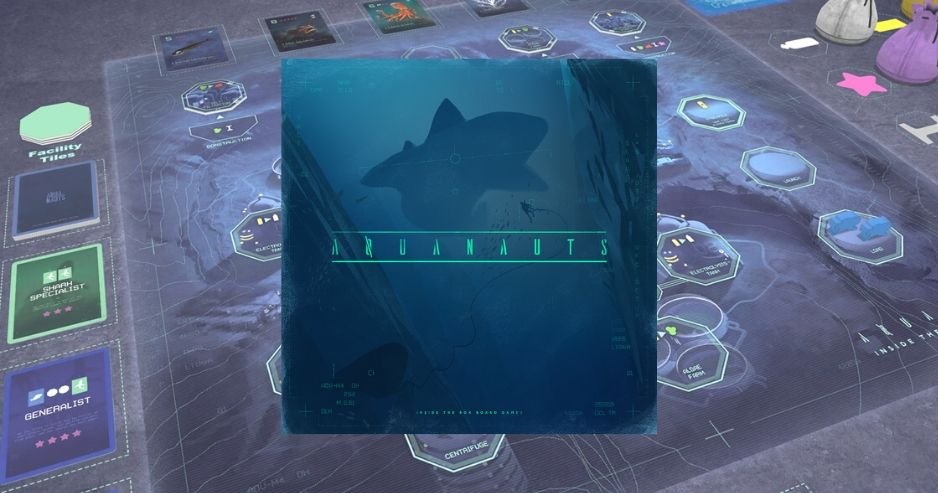 In Aquanauts, players take the role of deep sea researchers scouring the depths of the darkest reaches of the ocean for insights into life beneath the waves.

You'll share a research base at the bottom of the ocean with your rivals, as well as set up your own laboratory systems to extract the right samples.

After coordinating your robotic assistants and your specialist Aquanaut to extract the best from the labs, you'll send your findings to the surface to cash in on the fame of publishing a paper of your findings - but be careful, your rivals are also trying to do the same thing! Plan your research carefully and get to the surface first.

Aquanauts features an accessible engine building and resource management puzzle wrapped in a worker placement system, providing a great introduction to euro style gaming as well as giving an entertaining experience to veteran gamers who want to explore the deep ocean. 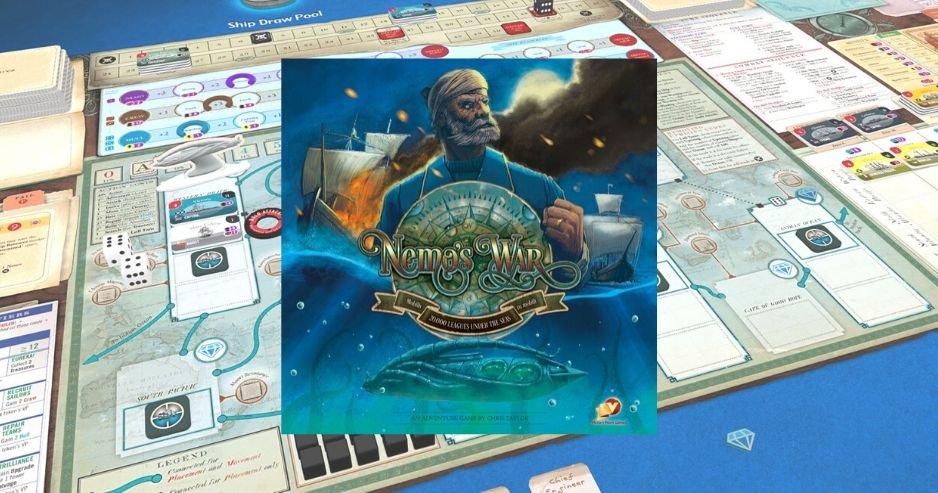 Nemo’s War is based on the novel "20,000 Leagues Under the Seas" by Jules Verne. It’s a single-player game of underwater exploration and combat circa 1870. You are Captain Nemo, commander of the Nautilus. You will search the oceans, fight vessels of all nations, brave the hazards of the seas, find mysterious treasures, behold and chronicle amazing wonders, and travel around the world in your quest for knowledge and vengeance.

This critically acclaimed game is widely considered one of the best solo games, but 2-4 players can join in on the fun coorperatively! 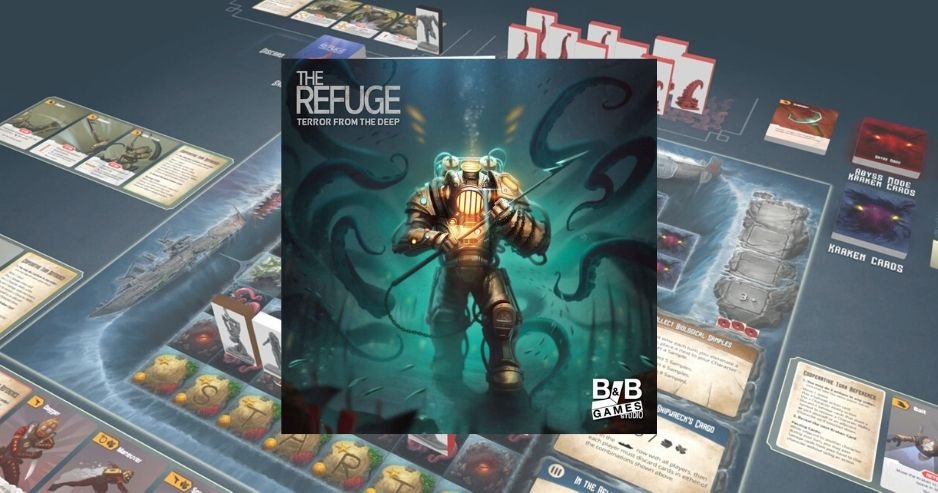 Due to extensive use of nuclear weapons during The Great War, much of Europe’s surface has become uninhabitable. Controlling the deep sea is now the key to global power.

No longer tethered to air hoses, divers are venturing deeper and further into the sea than ever before. Maybe too deep…

In Terror from the Deep's Competitive Dive, 2-6 divers compete by racing to the goal and planning movement to outwit their opponents — all while escaping from the Kraken's wrath! The object of the game is simple: Be the first to an unlocked escape pod, and you'll escape with the cargo and win!