Lead your bunker colony to salvation from an unforgiving alien planet. 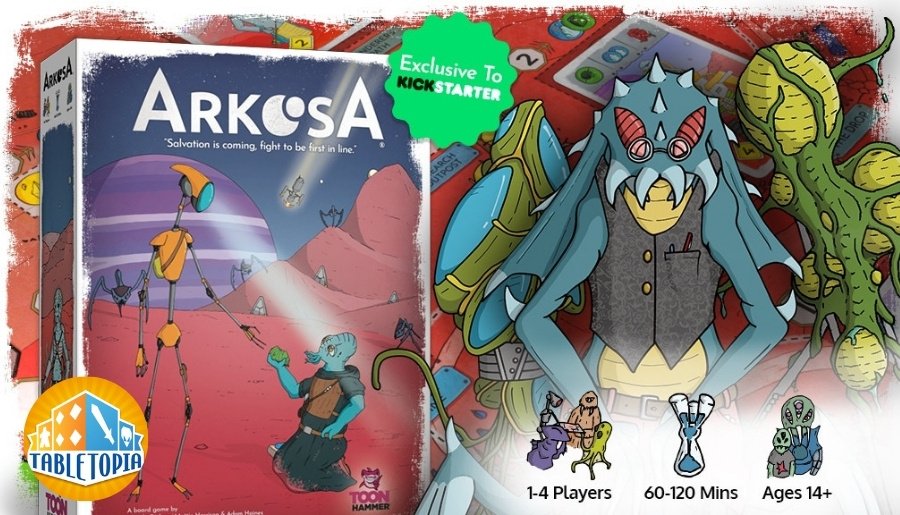 Lead your bunker colony to salvation from an unforgiving alien planet.

In Arkosa, you’ll be developing your bunker, recruiting unique new colonists and trying to keep your population happy, fed, rested and breathing.

However, the planet won’t make it easy for you. There’ll be regular attacks from the resident hostiles to contend with, plus a whole bunch of unique events that can occur to your intrepid explorers while they are out in the desert. In order to claim victory, you’ll need a well organised, productive, and happy bunker. But only one colony will win the grand prize... a ticket off the planet. 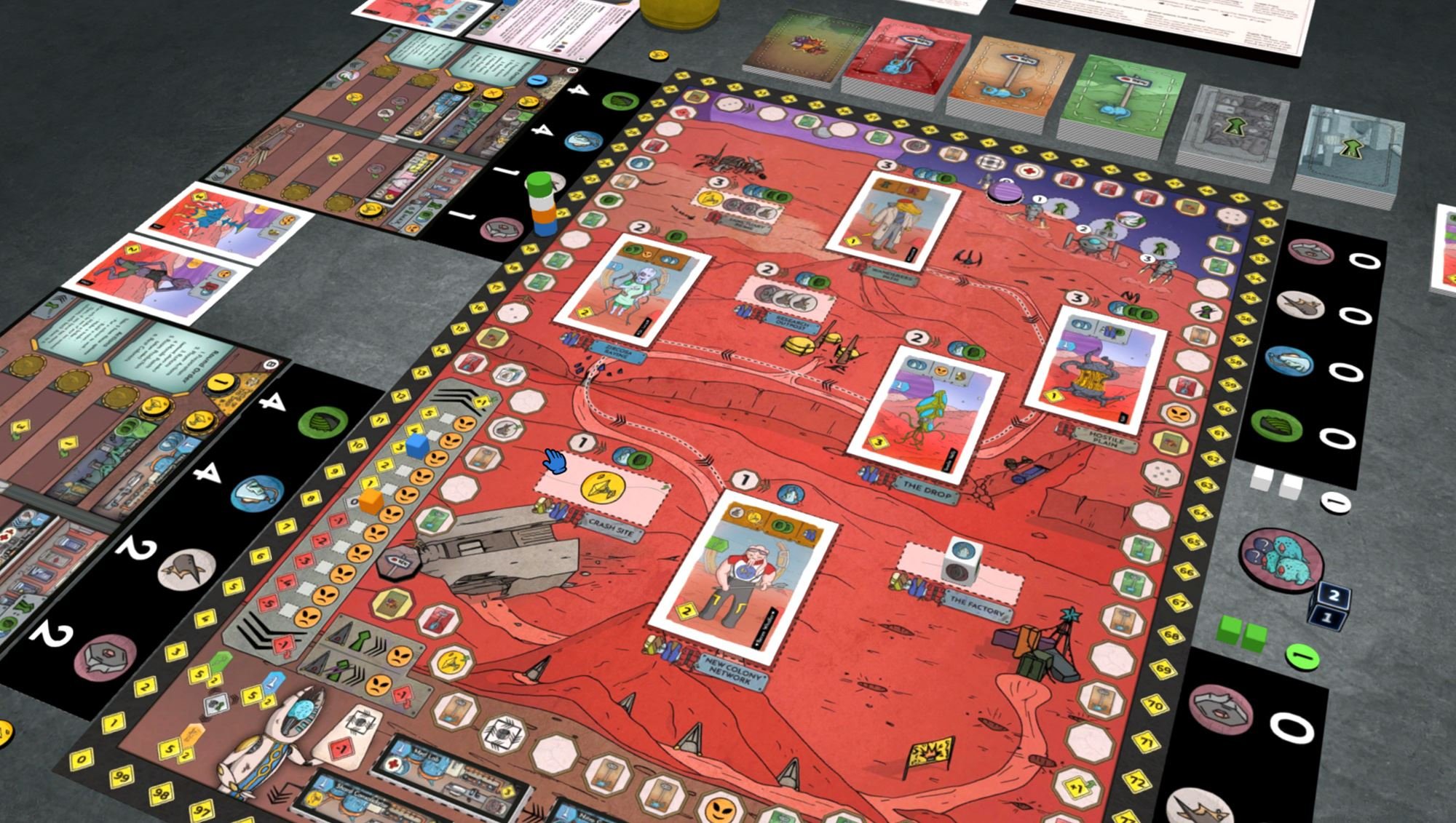 Each player will build and take charge of their own bunker. They will then compete to have the best reputation over the course of 3 rounds. Players will earn reputation points by recruiting new colonists, building new rooms, keeping their colony happy and making successful bribes. The player with the most reputation points at the end of the game will be rescued from planet Arkosa and declared the winner. In the event of a tie, the colony with the highest morale will take the victory.