Two expansions for the acclaimed AuZtralia game by Martin Wallace!

Revenge of the Old Ones and TaZmania added 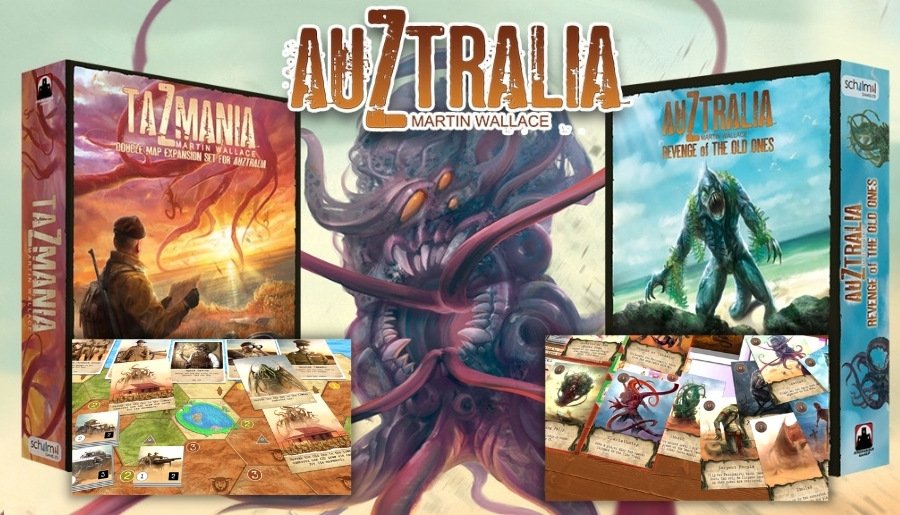 AuZtralia is an adventure/exploration game for 1-4 players set in an alternate reality 1930s. The theme is inspired by Martin Wallace's A Study in Emerald. Following the Restorationist war, the northern hemisphere lands lay poisoned and starvation was the norm. Intrepid adventurers set out to explore and settle new lands. Little did they know, after the war, the surviving Old Ones and their remaining loyal human armies made their way to the outback of Australia to lick their wounds.

Build a port, construct railways, mine and farm for food. You’ll need to prepare for the awakening. You’ll need to fight. Everything you do in the game costs time, which is one of AuZtralia's most valued resources.

At a point in time, the Old Ones will wake up and become an active player. They begin to reveal themselves and move, with potentially devastating outcomes.

You’ll need to prepare wisely for the awakening and may have to co-operate with others to defeat the most dangerous Old Ones.

Revenge of the Old Ones 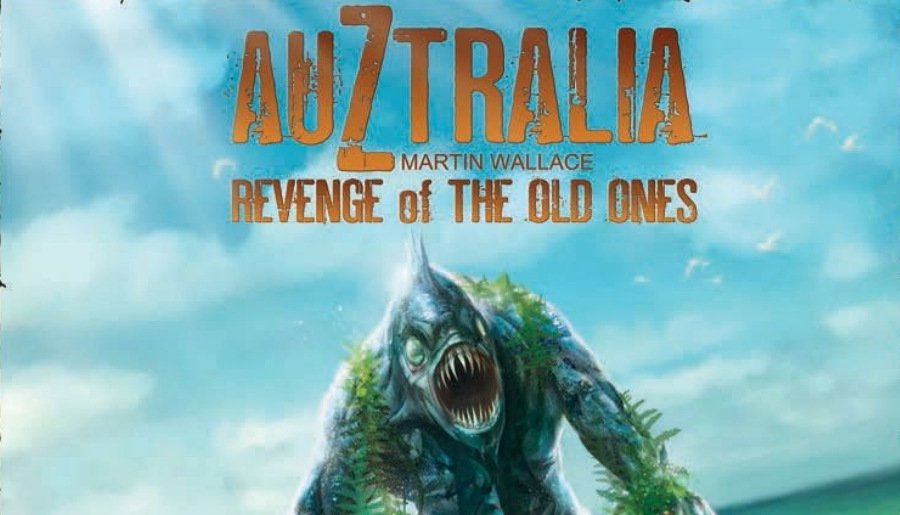 Revenge of the Old Ones enables a human player to control the evil forces of the Old Ones. As well as deciding where to place your forces, you can summon terrible creatures from the void to create even more havoc at a time that suits you. Now you can raise Nyarlathotep, summon a Ghoul, or call forth the Hounds of Tindalos to defeat the scourge of humans invading YOUR lands. 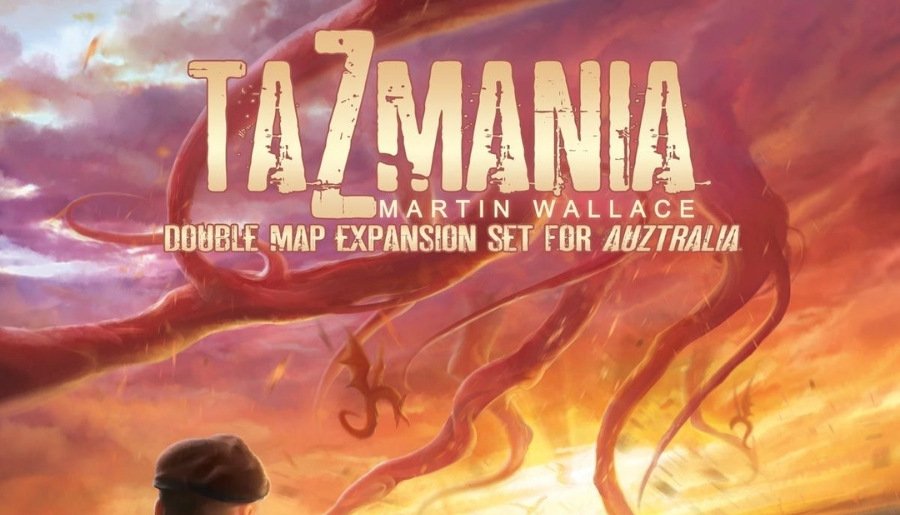 TaZmania is a dual-map expansion for AuZtralia designed specifically for 1-2 players, or 2-3 if playing with the Revenge of the Old Ones expansion.

The fixed map is surveyed for resources and Old Ones. The second map is randomized through terrain tiles: the central core of the island will remain hidden until you venture near. There's a new terrain type: impassable lakes - and the option of locating your Port anywhere on the coast to get to the heart of the action quickly.