A game of goblins and excuses! 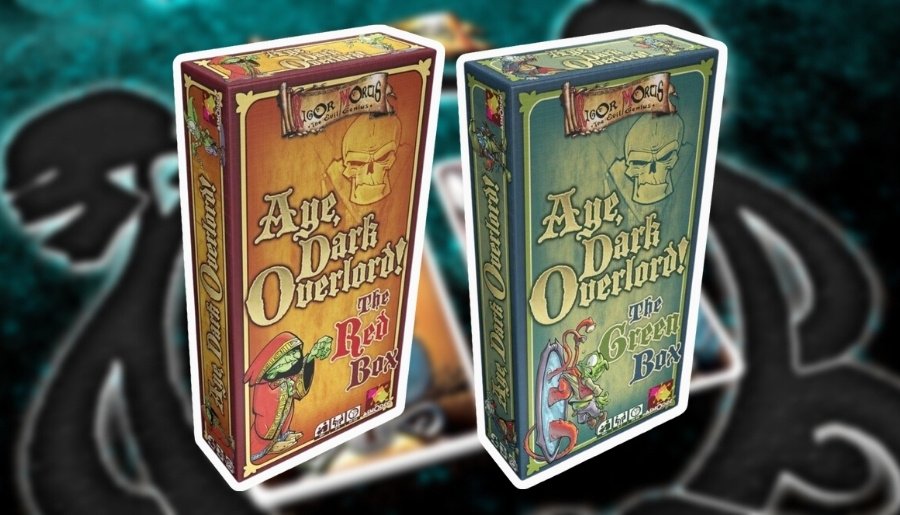 Aye, Dark Overlord! is a fantasy party game filled with humor that's fast to play and easy to learn.

Each player is an evil goblin servant of the evil Dark Overlord — Rigor Mortis, the Master of all Evils — and all of them are gathered at the Dark Overlord's knees to explain why they brought that last important mission, ordered by "His Evil Excellence" himself, to failure again. Panic wraps you in its freezing grip; what can you do to save your poor skin? Could you say you are not the one to blame, but your inept companions? Yes, of course, that's the solution! There is only one little problem: They've probably got exactly the same idea...and the Dark Overlord is not known for his mercy...

This roleplaying game is all about telling lies and shifting the blame on your poor fellow ones, so the righteous wrath of your Master can give them what they deserve! Aye, Dark Overlord! The Green Box is a new version of Aye, Dark Overlord! that is playable on its own while also capable of being combined with the original game. The Green Box adds entirely new mechanisms to the game, including the Back of the Line and No Way! Action cards. Occult Hunters, The Best from the Labyrinth, The Jar with a Thousand Demons, and Impossible Math Calculations are just a few of the new hints in The Green Box, giving you more stories to shield yourself from the Dark Overlord's wrath.