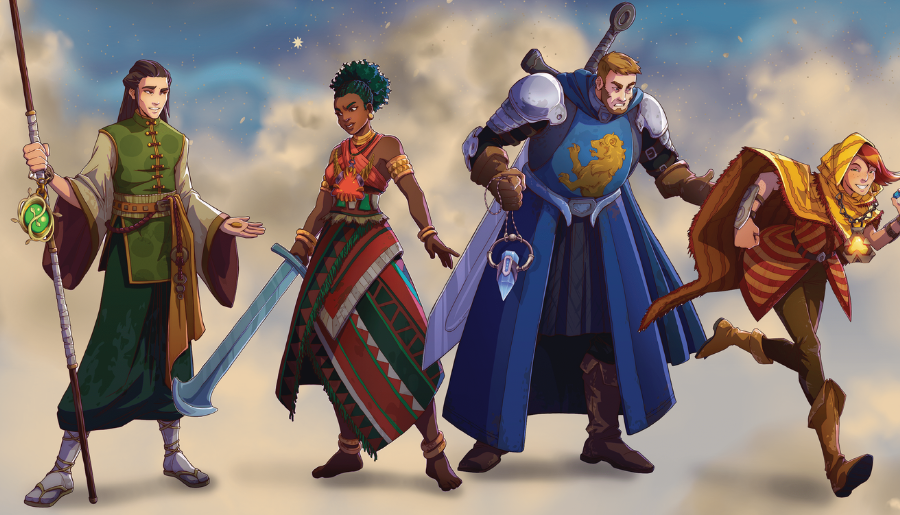 To protect Arazi, the king has summoned fierce adventurers to a trial. Only the first to obtain each one of the unique magical amulets will become Arazi's champion. Travel to exotic regions, face mighty bosses, and use the power of the amulets to defeat your rivals!

All players start the game with three heart tokens and their pawn on the Arazi board space. On your turn, receive one Vaava token and roll for movement. Then you can move in any direction, and use object cards and one of your amulet powers in any order. Each board space has different outcomes after landing. To obtain the amulets, players can go to each boss area and challenge one. Beating them is easy: roll the dice to defeat them or bribe them with Vaava tokens. Each amulet will grant special powers that can secure your victory if used correctly. Avoid losing all your hearts to keep the lead. Also, be wary of your position since enemy players near you may try to steal your Vaavas, objects, or even an amulet if they succeed. 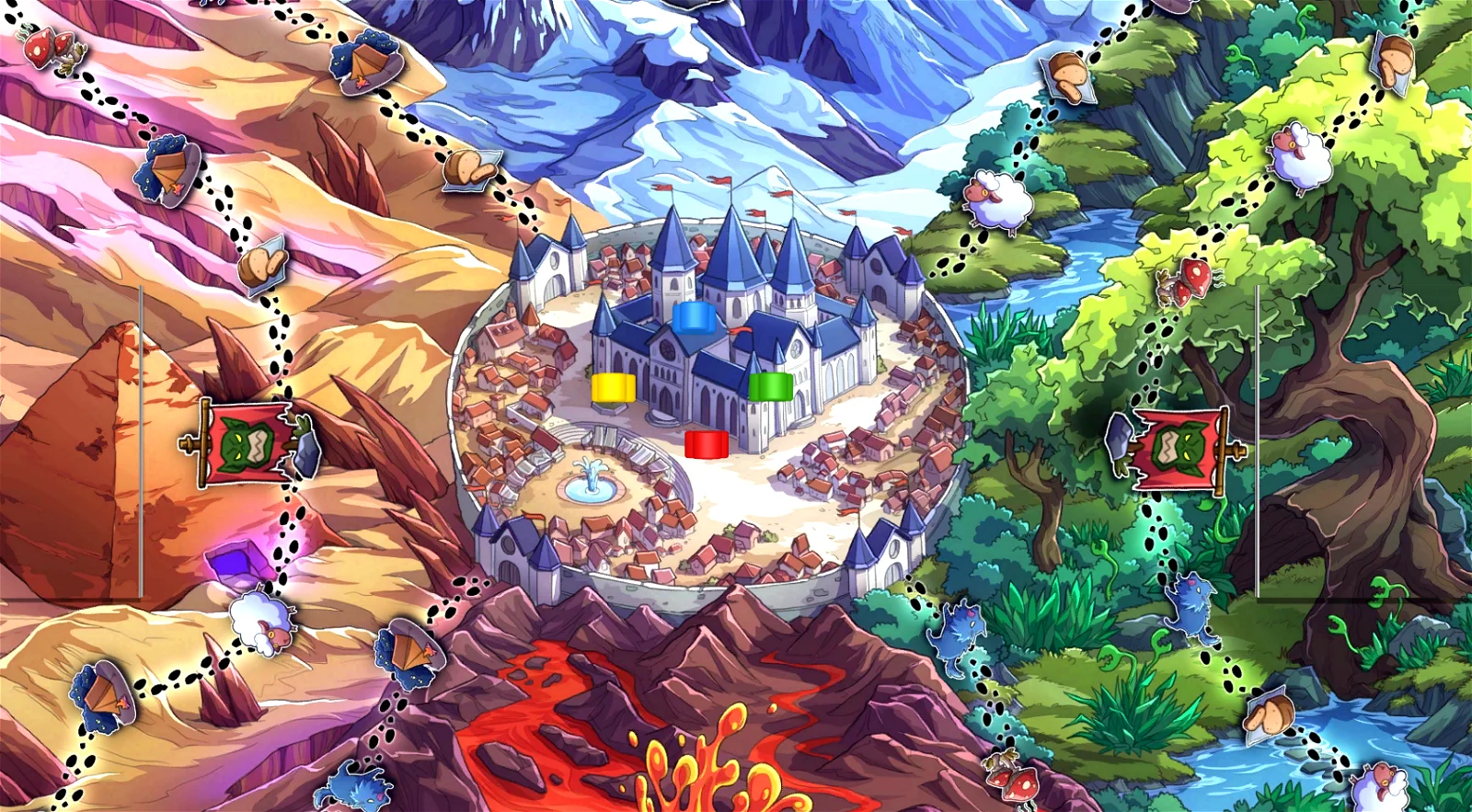 In Arazi: Battle for the Amulets, you will gather epic loot, challenge bosses, and even steal from other players to win. Players' decisions make each game different. There are many strategies in this free-for-all battle, get each unique amulet first and become Arazi's new champion. 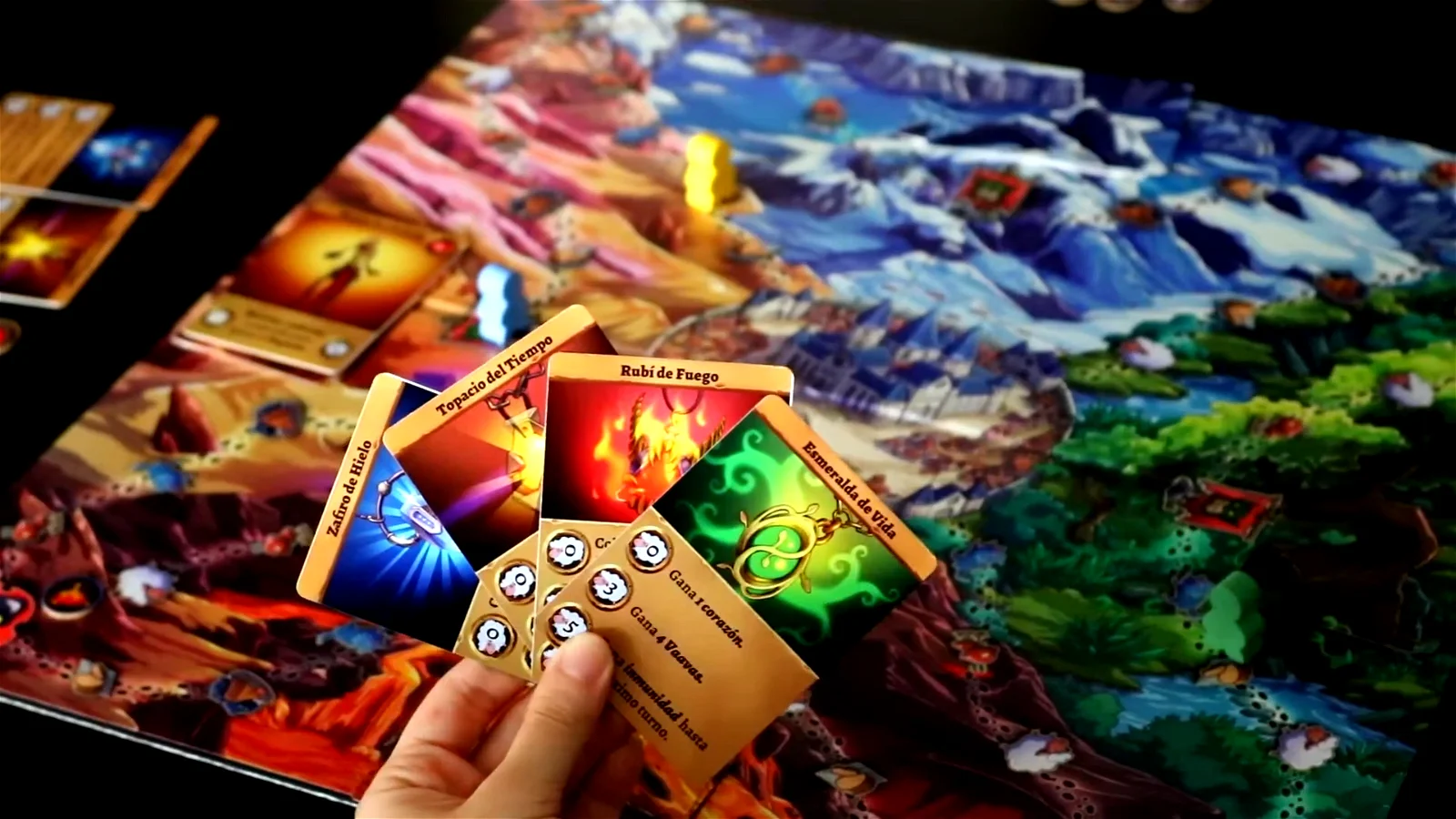 Play it now on Tabaletopia!