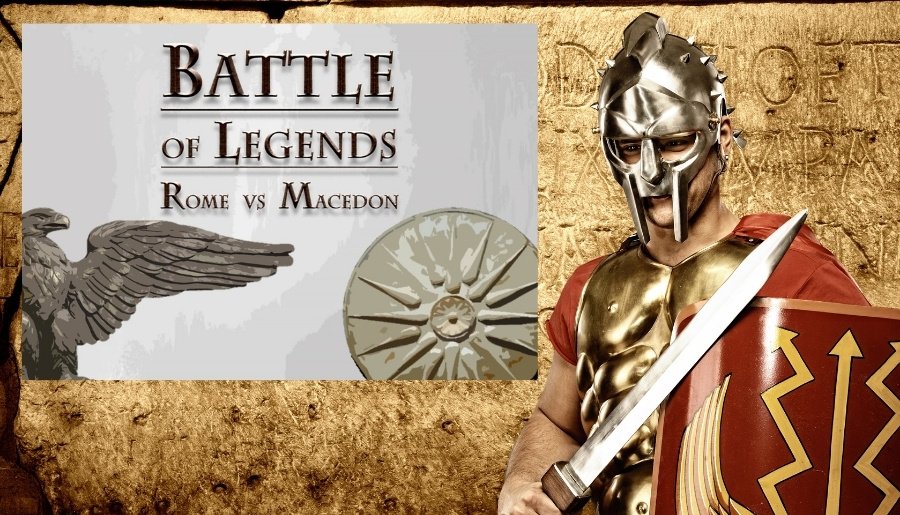 Battle of Legends: Rome vs Macedon: Print & Play Edition, which is a reimplementation of Battle of Legends: Print & Play Edition (2019 Wargame Print & Play Contest Winner), is a two-player board game that focuses on four battles fought between Roman Republic and Macedonian Kingdom in the 3rd and 2nd centuries BC, namely Elis (208 BC), Aous (198 BC), Cynoscephalae (197 BC), and Pydna (168 BC). It is developed to simulate those battles on a tactical level with a hex grid board, terrain tiles, unit counters, faction cards, and d6 dice.

The game board is divided into hex spaces for unit placement and terrain tiles are placed onto them to create the battlefield of a chosen scenario. The Hill, River, and Forest are the terrain types that affect unit movement and combat in different ways. For instance, in battle Cynoscephalae (197 BC), which is mainly a hill battle, one hit is ignored if a unit on ground is attacking against a target unit on hill, in order to reflect the difficulty of uphill combat. 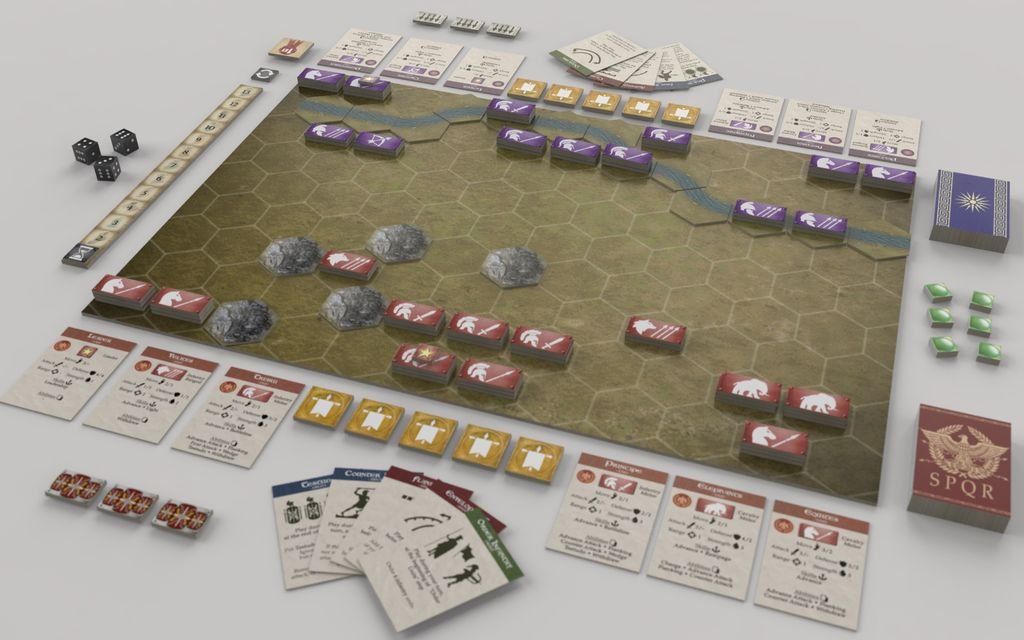 A unit is represented by a number of counters (equal to unit strength) on a hex space. The Roman army consists of Principe, Triarii, Velites, Elephants, and Equites units; whereas the Macedon army contains Pezhetairoi, Hypaspists, Peltasts, Hetairoi, and Cretans units, each having its own movement-attack-defense powers, special skills and abilities. Great effort has been made to bring out the differences in fighting formations of two armies, “Legion” vs “Phalanx”, while preserving a simple and streamlined game mechanism. 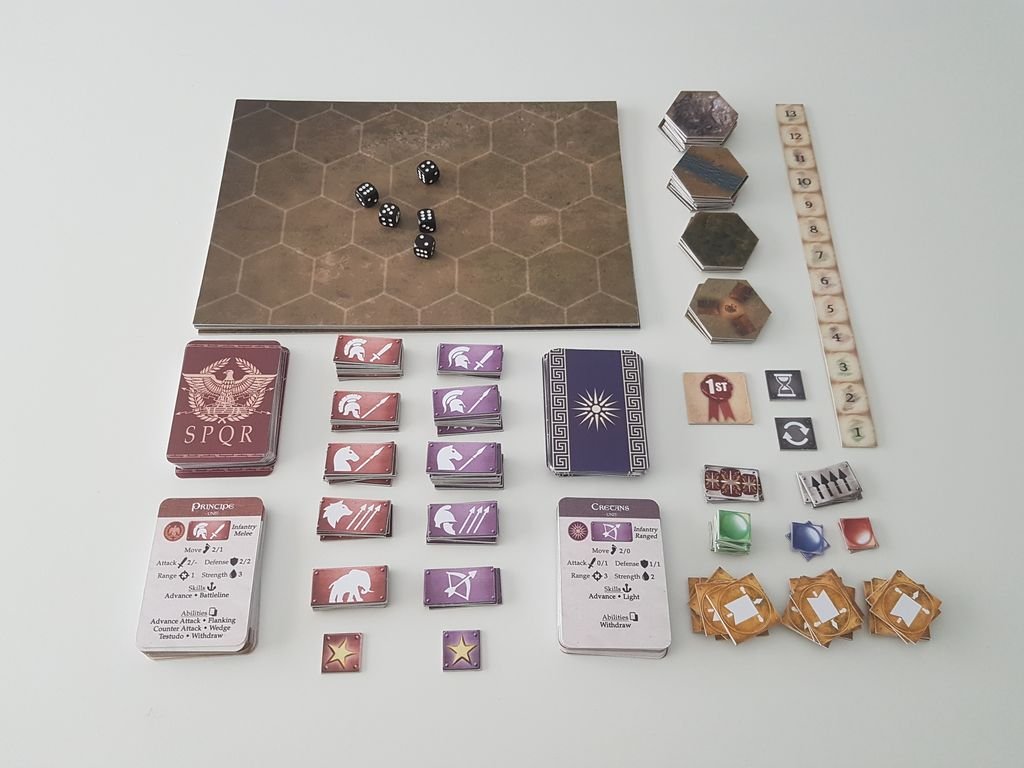 Faction cards lie at the heart of the game. They are kept secret and played to order units (green), activate their offensive (red)-defensive (blue) abilities, or start an event. Each faction has its own unique set and the content is changing from one scenario to another. Order cards allow you to position your units strategically across the battlefield to best coordinate your attacks, while ability & event cards empower you to apply some combat tactics such as charging, flanking, envelopment, phalanx, testudo, and withdraw. There is also a scenario card in each deck which takes the place of a key event happened in that battle. For example, the surprising pass of Romans through a secret path in Aous Battle (198 BC) is simulated by an order card which upgrades their movement up to 5 hexes. 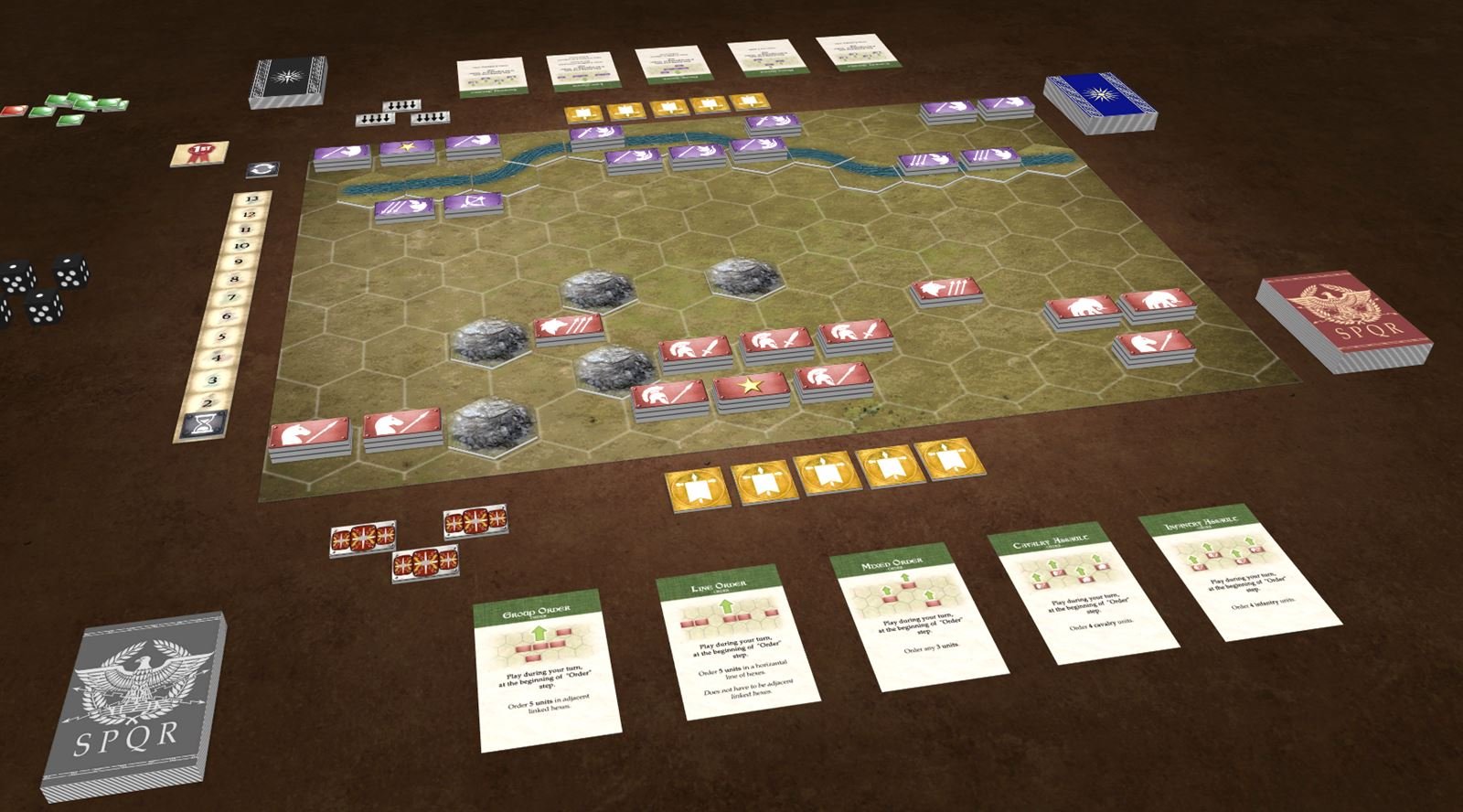 To win the game, you must bring your opponent down to zero morale, or stand higher on morale at the end of the last round. Morale status may be changed with losses of units, or strategic places on board.