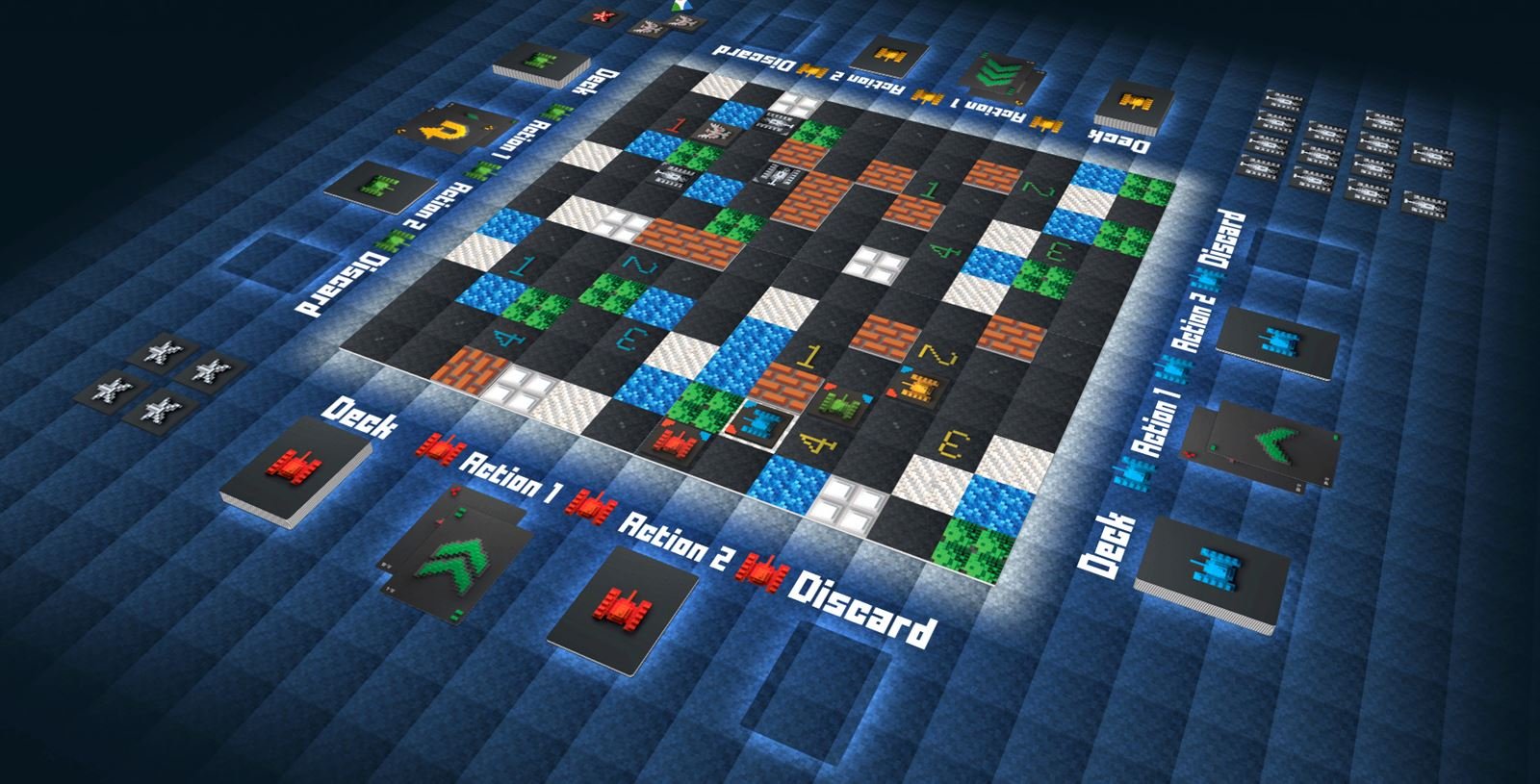 Return to the retro game world of armored mayhem in Battle Tanks - an upcoming hand management game by Economicus.

Battle Tanks is inspired by 8-bit video game "Battle City". In this game players control their tanks on the modular board, fighting against bot-tanks and capturing eagles to get victory points. To perform actions players simultaneously play cards from their hands. The game continues until three eagles are captured or a single player leads more than by 5 points.