Get Ready to Fight! 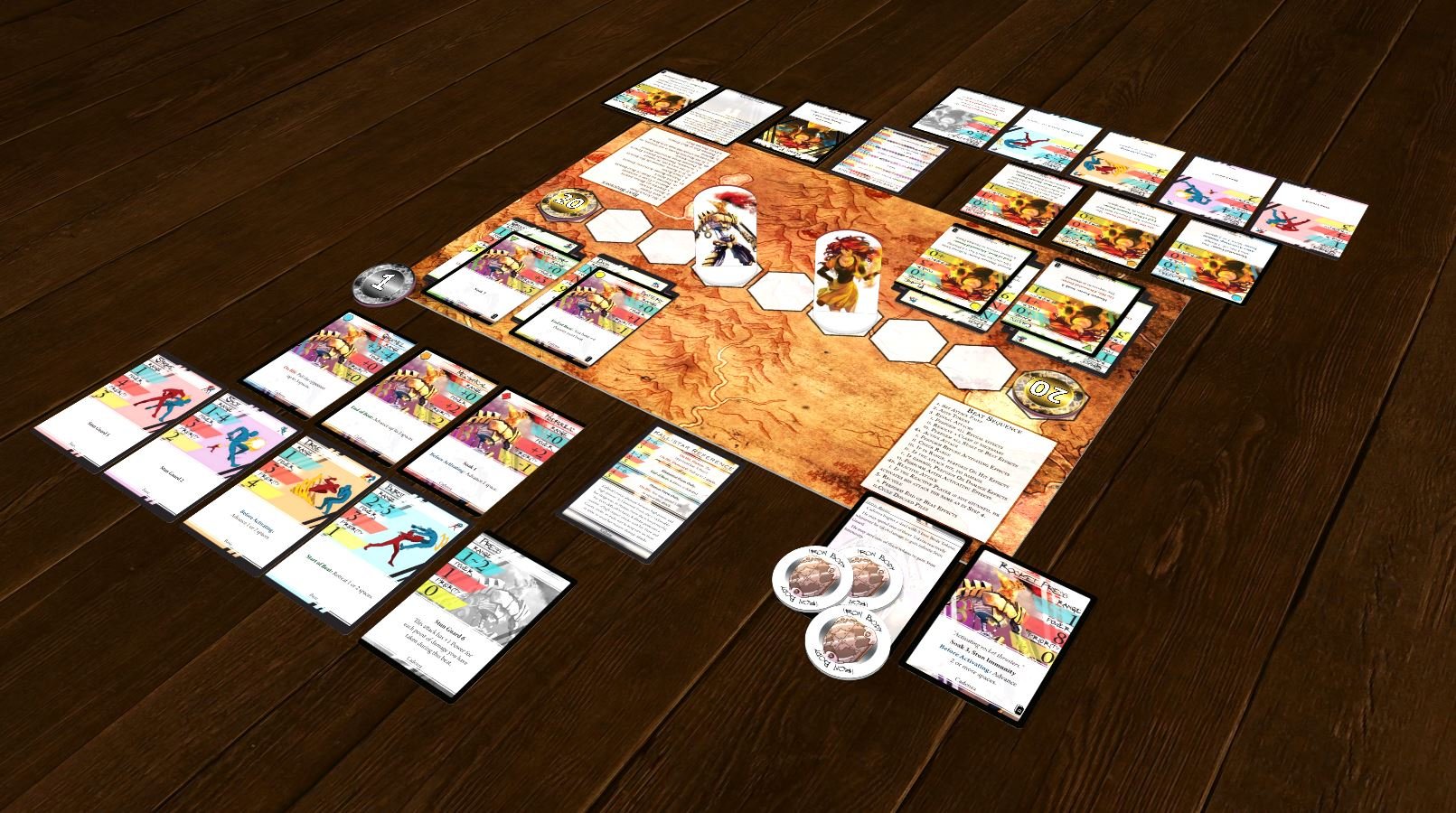 Choose your champions and test your fighting skills against one another in BattleCON, a game which combines the fast-paced combat of a duel with the strategic decisions of a board game. The game is based loosely around the mechanics and tactics present in 2D fighting games.

Don't forget that we're teaching and playing this game this Sunday, Jun 18 at 11 AM (EDT). Join now!

BattleCON is a fast-paced dueling combat card game for 2 players.

Take control of 18 different characters, from a fire elemental, an ocean guardian and her panda familiar, a space-bending trapper, a shadowy assassin, and more. Build strategic attacks, use your champion's unique abilities to smash your opponent on the board. The last player standing wins!

"BattleCon: War of Indines is a lot of fun.  It is a solid fighting game that feels like an old school video game. The amount of game that is in the box is generous to say the least. [...] Each of the fighters have a completely different feeling from the other fighters, this also lends to the high degree of replayability." Boardgame Authority