Fight in a struggle to reach the power of knowledge 🗡

Announcing Belaad: The Land of Swords and Quills 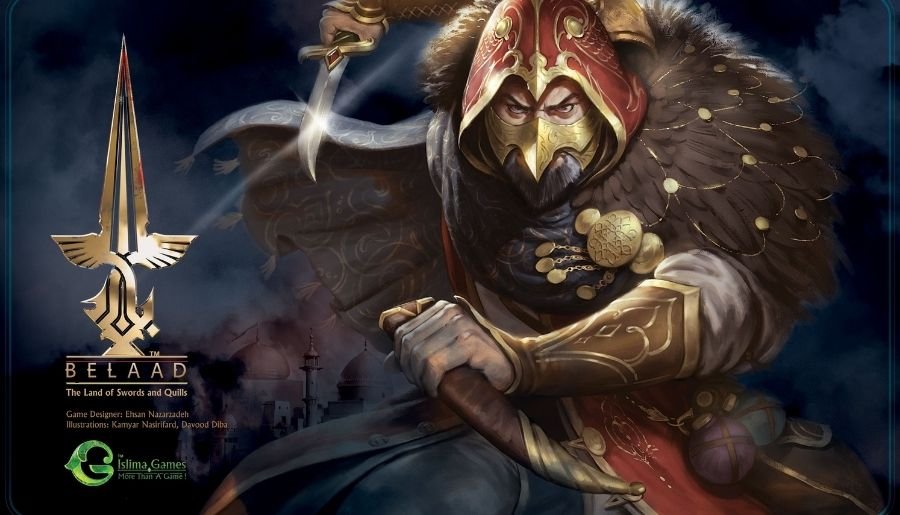 In the golden age of Islam, many Scholars arise and amaze all in the land with their inventions and discoveries. Meanwhile The Kingdom who has just discovered the power of knowledge, starts to intrigue these Scholars in order to strengthen the monarchy and profit more from ruling the land. But The People who notice the intentions of the Sultan and his subjects, confront The Kingdom and struggle to help these Scholars. In the midst of the dispute between The People and The Kingdom, a sect called The Hashashin (The Assassins) has risen. They believe that power is the root of all corruption and must be destroyed. Therefore, The Hashashin are lead to killing these Scholars.

Belaad: The Land of Swords and Quills is an engine-building thematic card game for 2 to 6 players. Players are split up in three teams and over the course of the game, attempt to triumph over the other two. The Hashashin come in play if there are an odd number of players in which a single player controls the team. Every team consists of a unique set of characters with special abilities and is as follows; 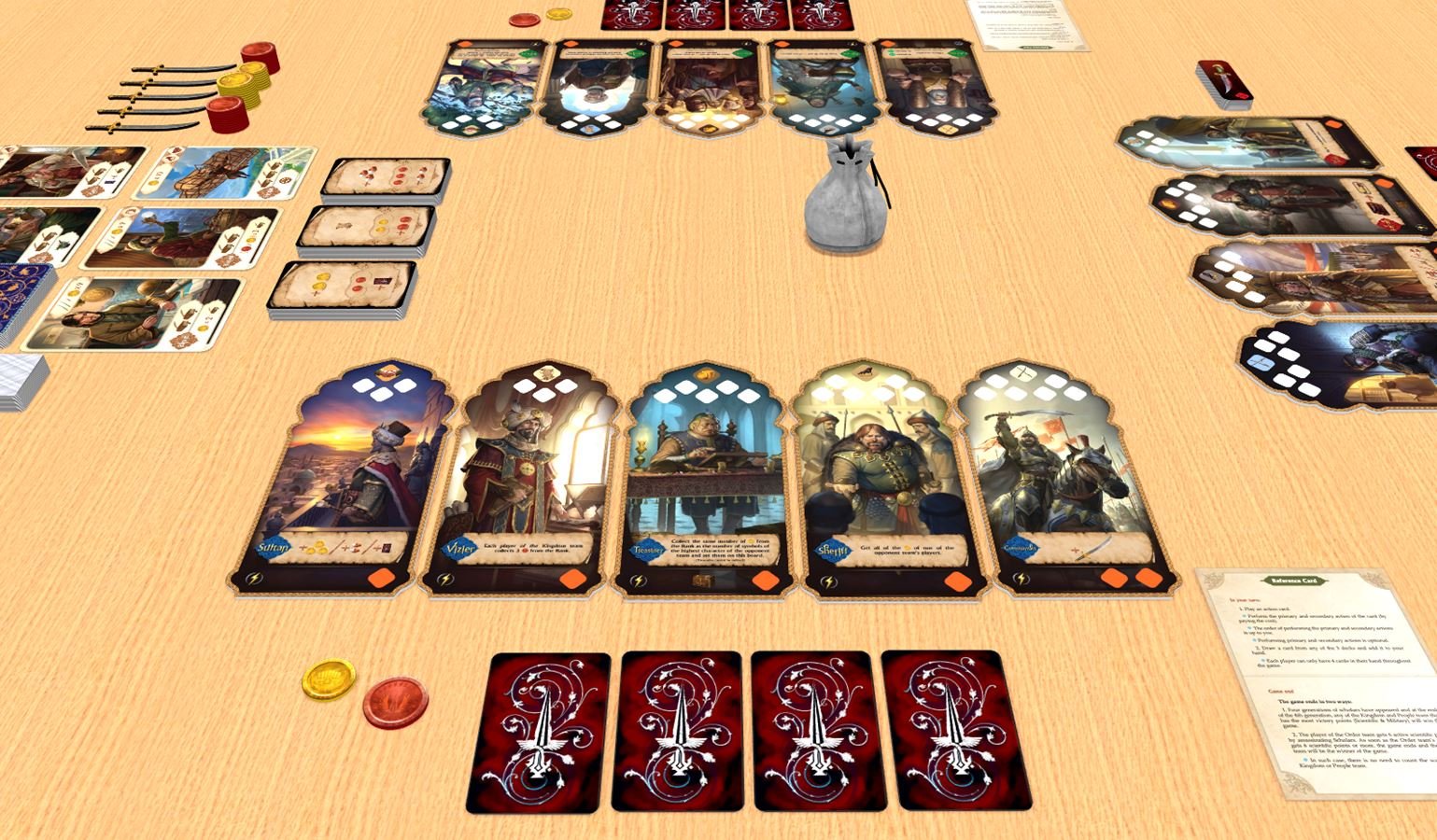 The Kingdom and The People follow the same goal of hiring the most Scholars while The Hashashin mean to kill them. Every Scholar provides a number of scientific symbols for teams which count as victory points at the game's end.