The king is throwing a party! (Free during July) 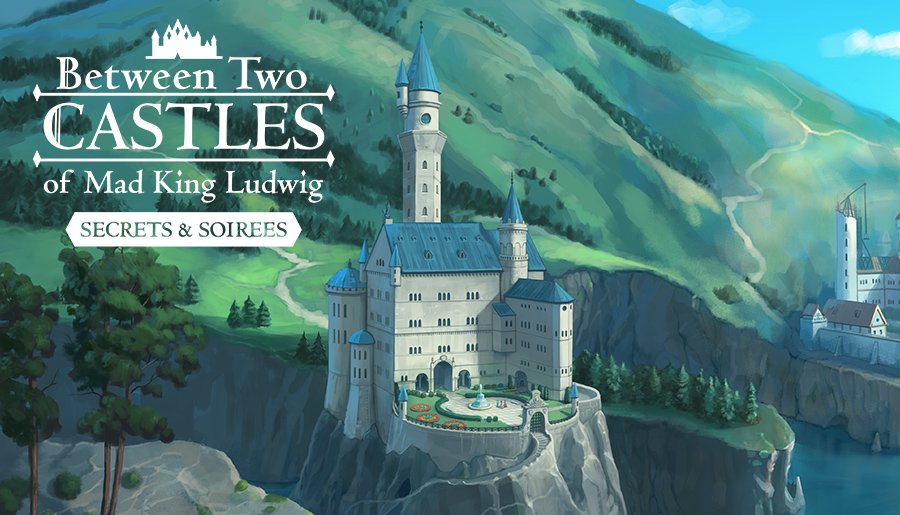 The king is throwing a party and inviting all the neighbors! The Secrets & Soirees expansion to Between Two Castles of Mad King Ludwig expands the game up to 8 players with two new room types (activity and secret rooms), a new specialty room type (ballrooms), more bonus cards, and a new throne room.

Between Two Castles of Mad King Ludwig is a competitive tile-drafting game in which each tile is a room in a castle. You work together with the player on your left to design one castle, and with the player on your right on another castle. On each turn you select two tiles from your hand, reveal them, then work with your partners to place them. To win, you have to share your attention and your devotion between two castles.

Would you rather party alone? This box also includes an Automa solo mode for the base game and the expansion, as well as optional rules for a new mode of play for 2-8 players in which you build your own castle instead of sharing one with your neighbors. 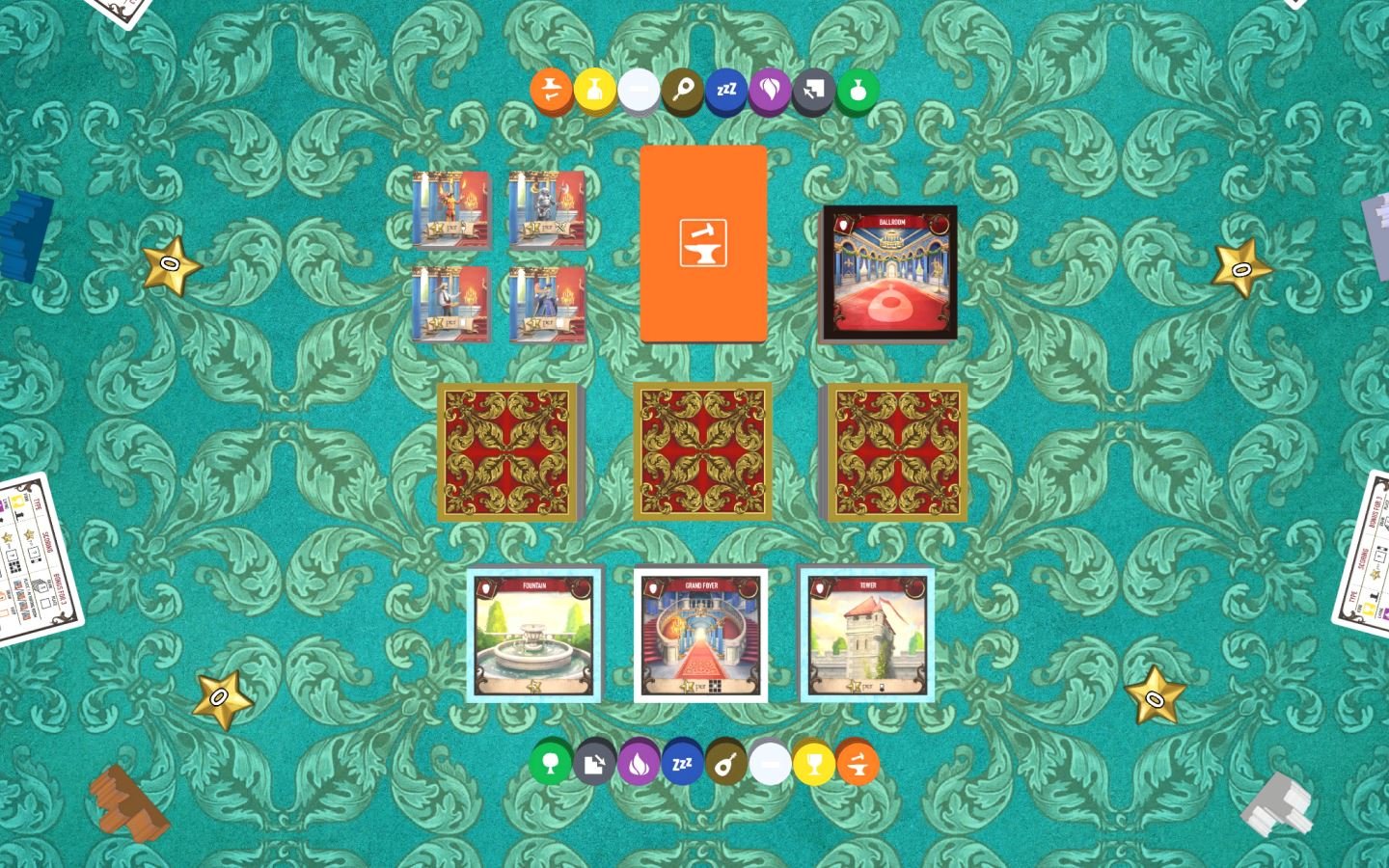 Between Two Castles of Mad King Ludwig is published by Stonemaier Games as part of a collaboration with Bezier Games.

This game is free during July, at which point it will become Premium.