Compete to see the most rare birds as you travel through western North America. 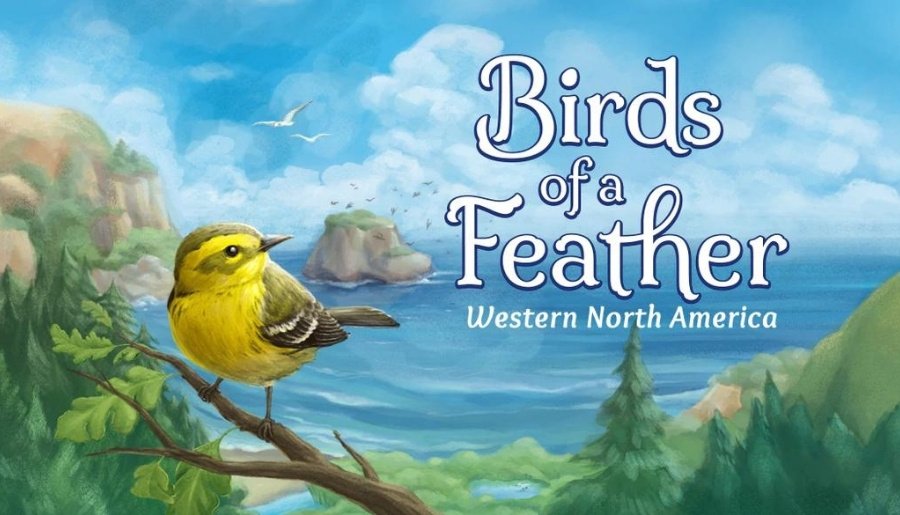 Grab your binoculars and your birding journal because it's time to hit the trails and see some birds. Choose a habitat each round to visit along the western coast of North America, and see what rare birds you can find. Don't forget to keep an eye on what your fellow birders are tracking down — they might just lead you to the bird that finishes your watch list and earns you extra points! Who will outsmart their opponents, spot the most birds, and be the best birder?

In Birds of a Feather: Western North America, you and the other players explore different habitats to spot birds. In the first round, each player chooses and reveals a card from hand, then marks off on their score sheet or the app the bird they played as well as all other birds played in the same habitat. The deck contains cards from five habitats, with some birds being more common than others. In the second round, you each play a card again, then you mark all birds in your current habitat as well as all cards played the previous round in that habitat. Apparently word spread about all the great finds! Remove all cards from the first round, then keep playing additional rounds in the same manner. 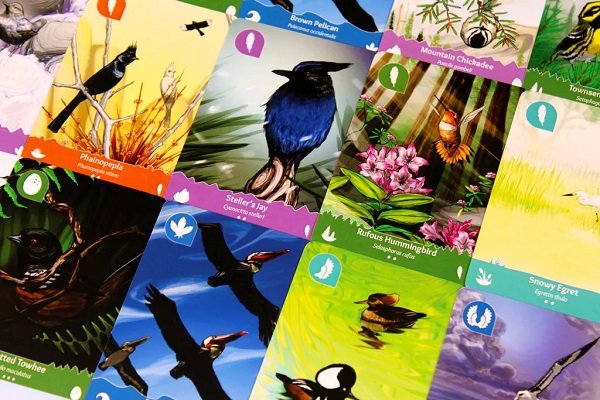 When each player has only one card left in hand, the game ends. For each ace bird you've seen in a habitat, you score 2 points; for each other non-common bird you've seen, score 1 point; and if you've seen all seven types of birds in a habitat, score 3 bonus points for a total of 10 points in that habitat. Whoever has the most total points wins.

Birds of a Feather: Western North America reimpliments Birds of Feather with new graphic design and improved rules for two- and three-player games to make them more strategic. 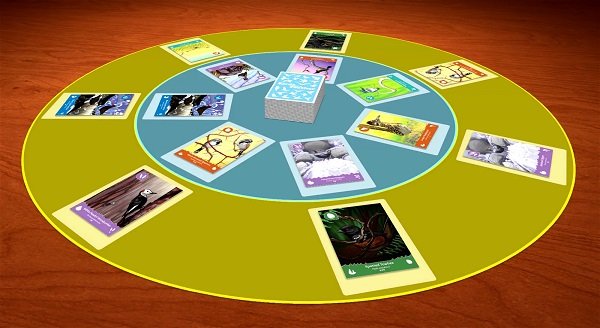