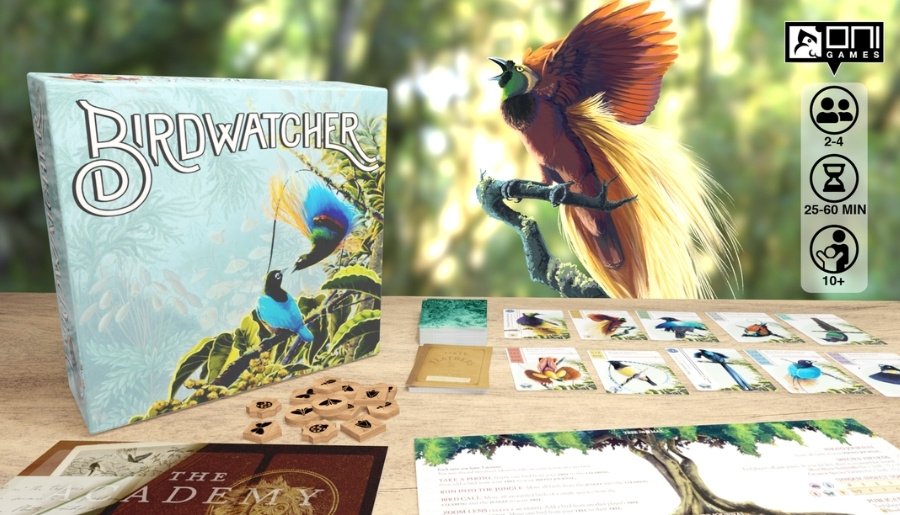 Birdwatcher is a fast, competitive game where players are rival wildlife photographers on a hunt to snap photos of the elusive and illustrious birds of paradise.

Players will lure birds to their tree from the jungle, take photos of the birds in their tree, and publish their findings. The photographer with the most citation points at the end of the game is awarded the Global Geographic Photographer of the Year, and is the winner!

In Birdwatcher, each player has three actions on their turn. These actions may be spent calling birds to their Tree from the central Clearing and Jungle, snapping photos of birds in their Tree, or running into the Jungle to flush new birds to the Clearing. Players can also use their actions to set up a zoom lens to capture a bird from another player's tree, or to Publish a paper. Photos and Publications will be assembled from left to right in the player's photo journal, where they will score points at the end of the game. 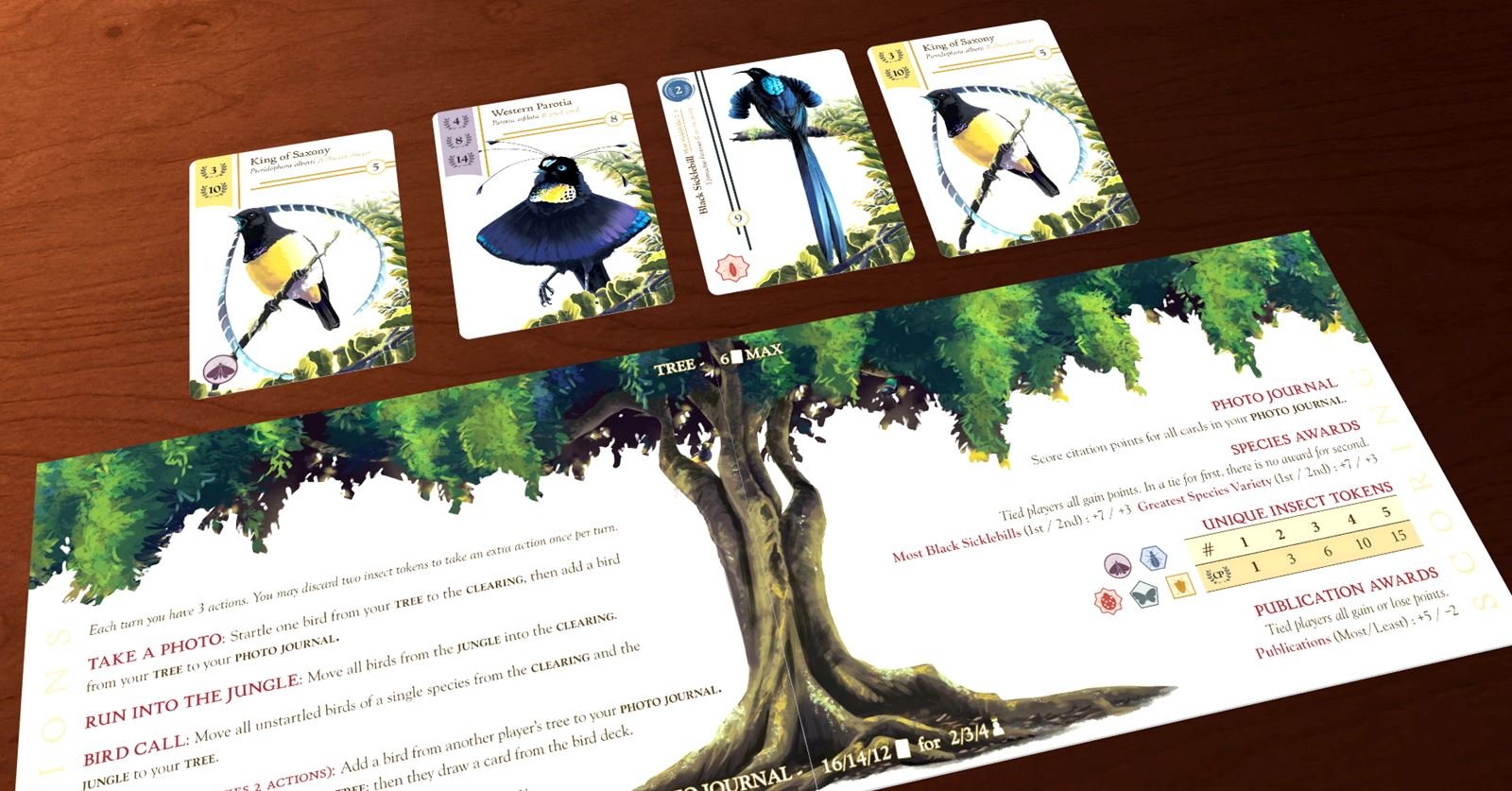 By the way, if you've never seen a bird of paradise do a mating dance, it's... a whole thing 😅