Bushido, The Way of the Warrior Game 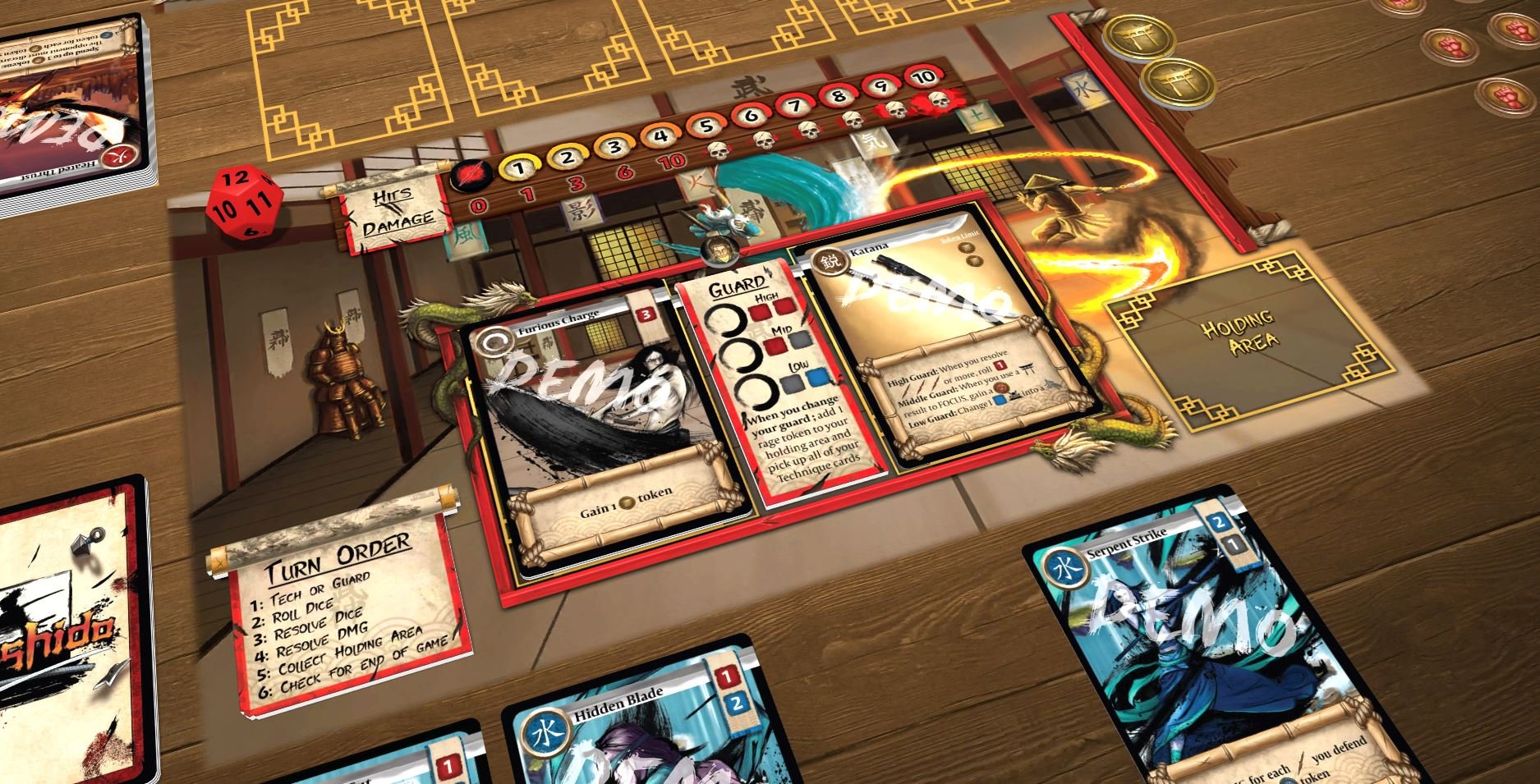 The way of the warrior is known as Bushido. It is a code that guides the life of a warrior and promotes values of sincerity, frugality, loyalty, and honor. It also requires the mastery of martial arts.

In Bushido, you take on the role of a warrior attempting to navigate the way. You will train your martial techniques and choose a weapon that fits your style. But training is not mastery. The only way to know how far you have come is to enter the dojo with a worthy opponent and put your training to the test.

Face your opponent and fight with honor. Only then can you see which of you has most thoroughly mastered the art of Bushido! 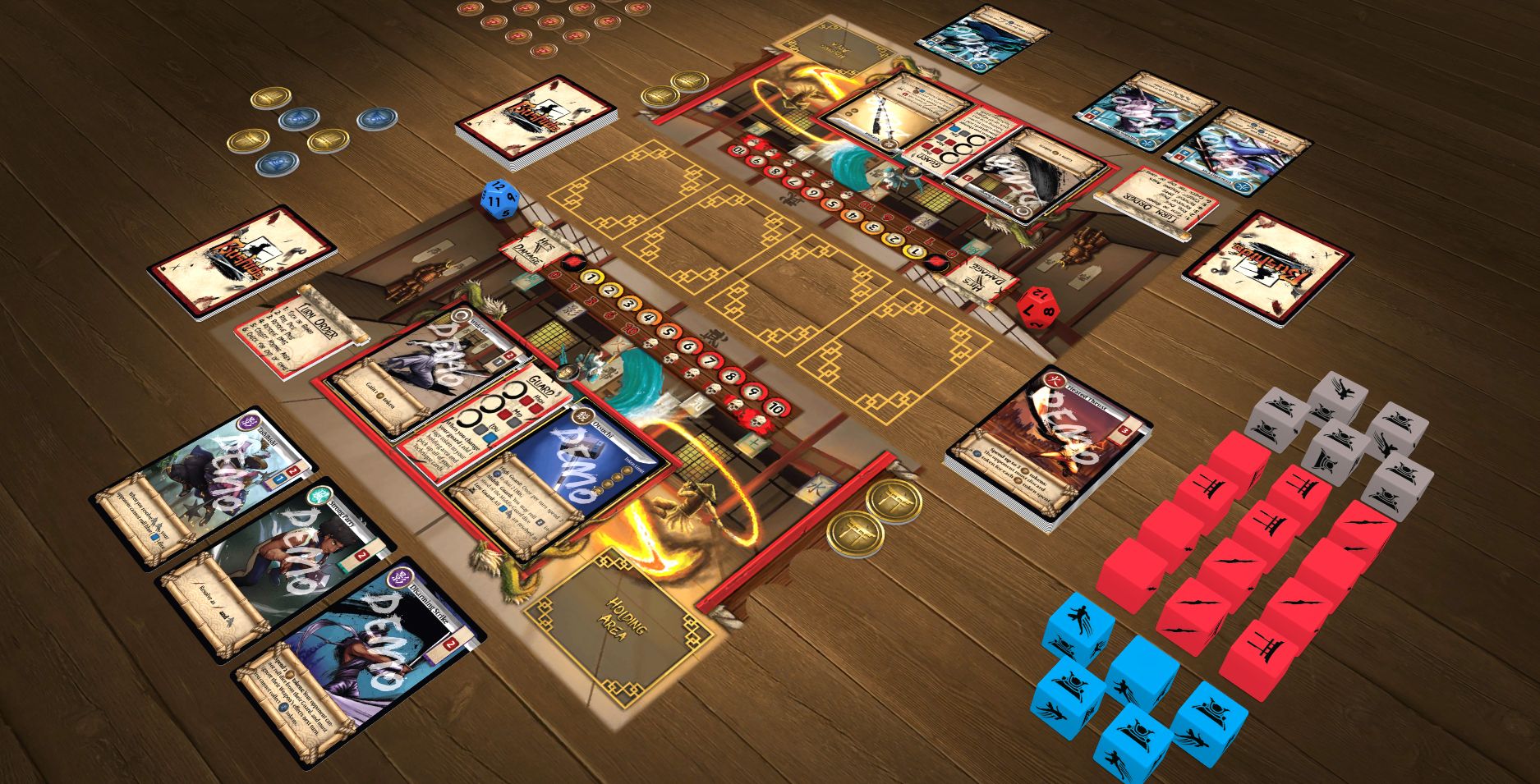 Bushido by Grey Fox Games is a game of dueling martial artists, testing their training against one another. One shall prevail and prove their techniques superior. The other will return to studying until they are strong enough to win.

Players begin with a card draft which represents the training of their fighters.

After training players play a series of round wherein they play technique cards from their hands, or change their guards, in order to create a pool of combat dice which they hope to use to strike their opponent or defend their attacks.

In this game, damage escalates quickly so players must be able to block, evade, and strike simultaneously to try and keep the momentum of the encounter in their favor.

The game ends when one warrior has bested the other.