A Race To The Bottom 🏞 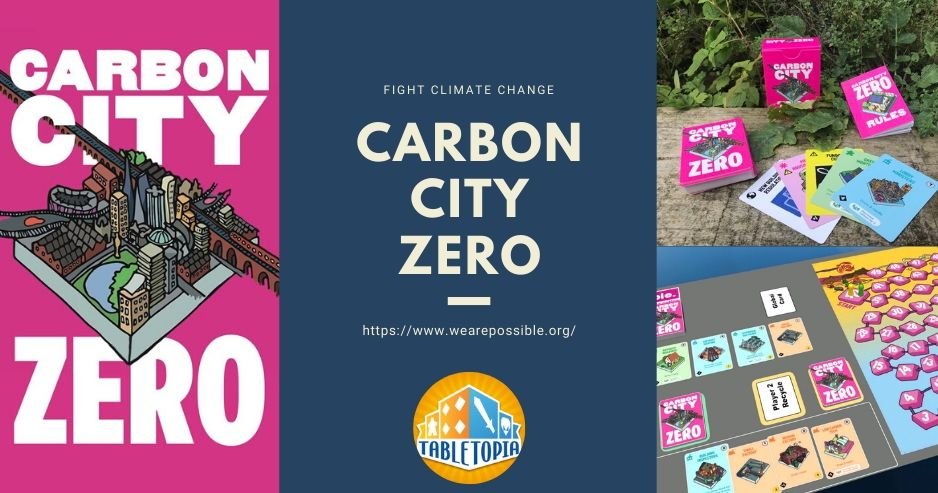 As a newly appointed city mayor you have been tasked with creating a carbon neutral city. It sounds easy, but you'll soon discover that your carbon budgets are hard to balance. Can you hit the zero carbon target before your rivals? The race to become the first zero carbon city is on...

Carbon City Zero is a deck-building game for 2-4 players, in which players develop a sustainable city by building factories, managing people, lobbying government ministers, and raising public awareness. Each player starts with an identical Draw Deck (and a Carbon Level of 40), buying additional cards from a shared Marketplace to create a more sustainable city.

Balancing the need to generate income with reducing carbon, players can follow numerous paths to victory, creating synergies between Government, Industry, and Domestic sectors, while avoiding Snags and responding to Global Events. Once a player’s carbon level reaches zero, they win.