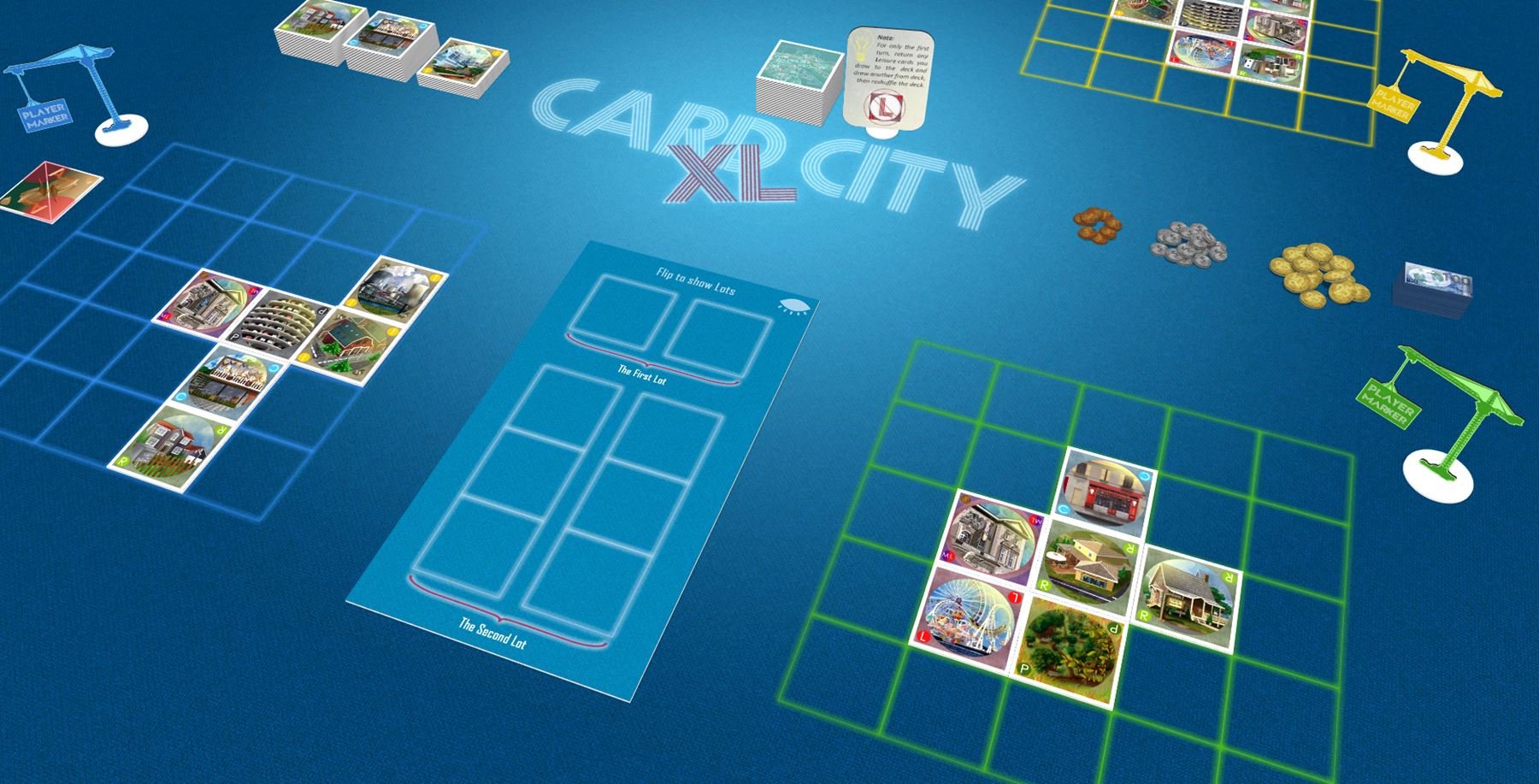 Time to build the best city in the world in Card City XL, the ultimate card city building game in which your city automatically evolves under your eyes. Start the game with only a single building card before you: City Hall, and develop the most profitable metropolis ever!

Card City XL was funded on Kickstarter within the first 10 hours, check it out!

Card City XL is a card city building game where your city grows on its own.

As the newly sworn-in Mayor, your task is to encourage the growth of the residential, commercial, industrial and cultural districts to satisfy the demands of the residents.

Each turn, you build new buildings, and then they evolve on their own, if their surroundings are right. Watch with astonishment as your city grows before your eyes.