The Strangest Battle of WWII 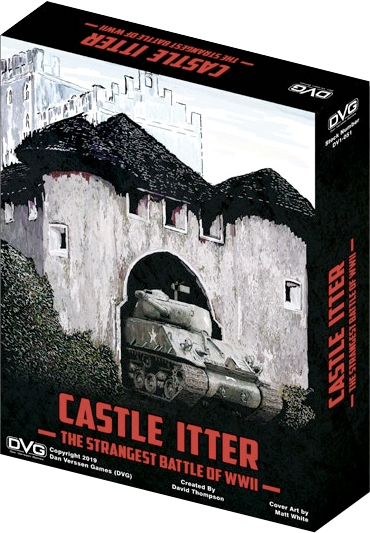 In Castle Itter, you take control of a makeshift force consisting of an American tank crew and infantrymen, Wehrmacht infantrymen, a former SS officer, French prisoners, and an Austrian resistance fighter. The goal of the game is to last until reinforcements from the 142nd Infantry Regiment arrive. In the game, this is represented by playing through a deck of SS cards, without allowing SS Counters to reach the castle. Additionally, you score points for each Defender that becomes a casualty - the lower your score at the end of the game, the better.