The King's Castles Get a Facelift! 🏰 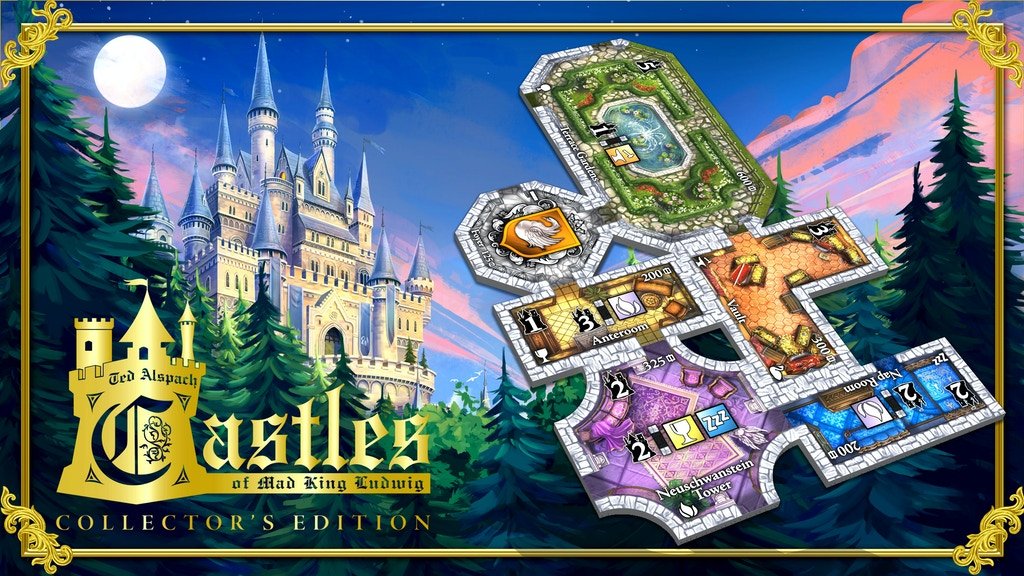 In 2014, Castles of Mad King Ludwig brought out the interior designer in all of us with its unique combination of mechanisms and opportunity to be a visionary architect at work! It became an instant classic for many, wanting to play again and again creating endless, luxurious castles, while also attempting to achieve the most victory points over their opponents. This incredible Collector's Edition of the tile placement classic would be oh-so-pleasing to King Ludwig II of Bavaria…

The Kickstarter for the Collector's Edition launches TODAY!