Make your City-State stand out 🏰 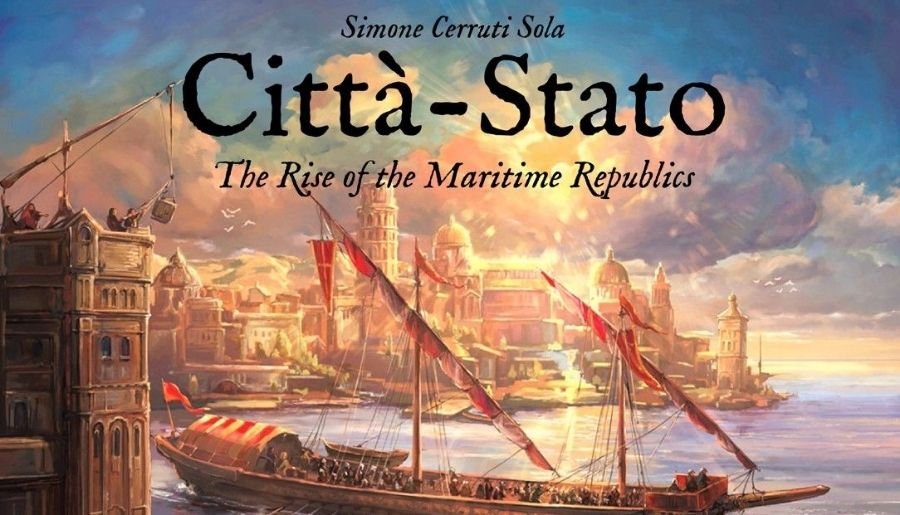 In the twelfth century, thanks to the Holy Crusades and to the development of new merchant routes, a few cities in Europe had grown so powerful that they had become city-states — called "maritime republics" — and their influence extended throughout the Mediterranean Sea.

In Città-Stato, you represent a maritime republic with unique characteristics, and you must make it stand out by gaining greater commercial, war, and political prestige, while also striving to develop and maintain Republican values. A great score alone might not be enough to win if you can't preserve the Republican nature!

The mechanism at the core of the game is bag building: You can acquire cubes and place them in your bag. Each round, you draw several cubes, and depending on their number and color, they will enable different actions. The game lasts seven rounds, and each round players may keep playing actions until everyone has passed. Action cards increase the choices available, and players may discover many interesting combos if they have planned well!