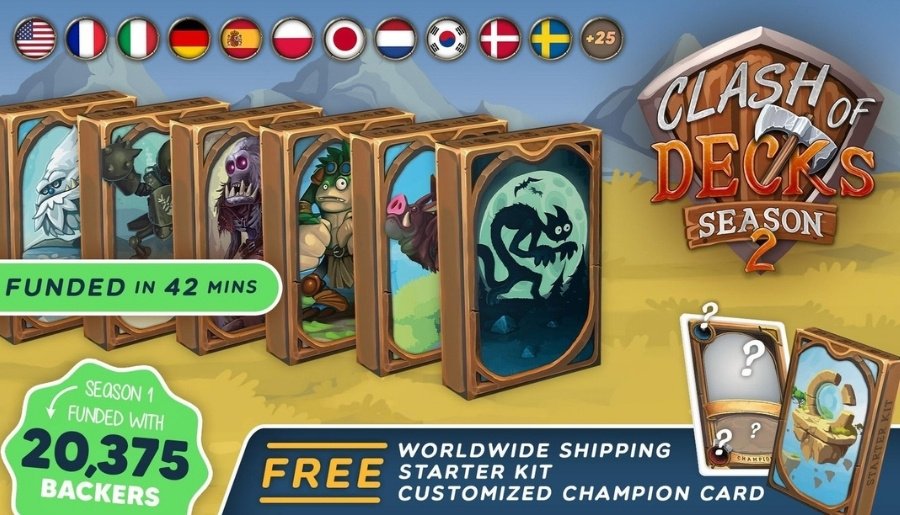 Clash of Decks is a dueling card game for 1 to 2 players aged 8+, that plays in 15 minutes, designed by Léandre Proust, with artwork from Studio Rexard, and published by Grammes Édition. Create your army of 8 units and fight other Lord-Sorcerers to destroy their Strongholds!

Now entering its second season (with an entire new slew of cards and mechanics), the game sees the player summon creature on each side of two bridges on two different lanes and attack their opponent to try and destroy first their watchtower, and then their castle. To do so they first must dispatch opposing creatures.

When a player suffers damage, they move their watchtower/castle card from left to right in their hand. If the building reaches the rightmost position, it is destroyed.

Since the number of cards in one's hand is the amount of mana the player gets at the beginning of their turn, and defeated creatures go back into your hand on the rightmost position, knowing which creature to play and which creature to let die is key to managing both your position on the board and your life total. 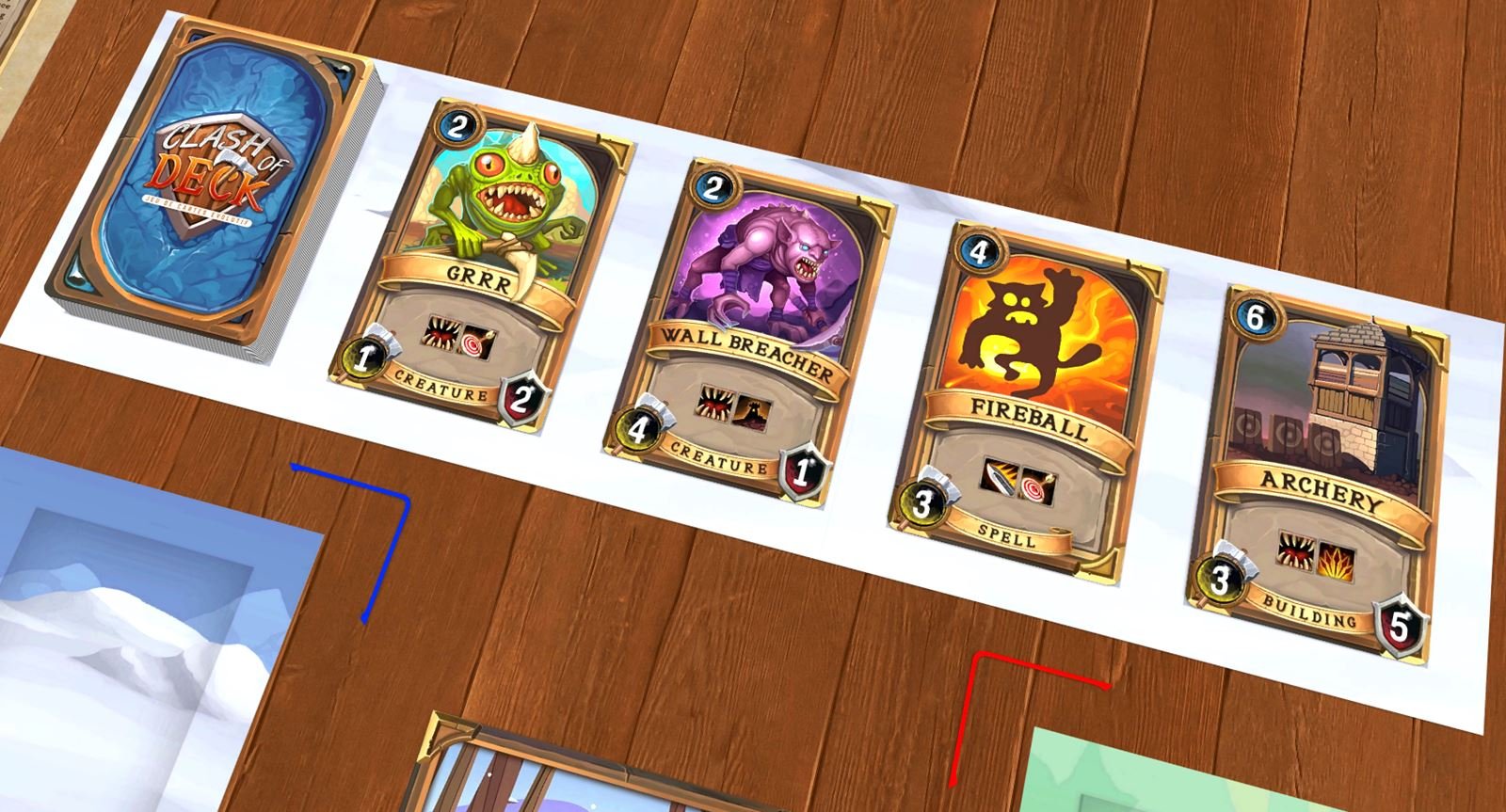