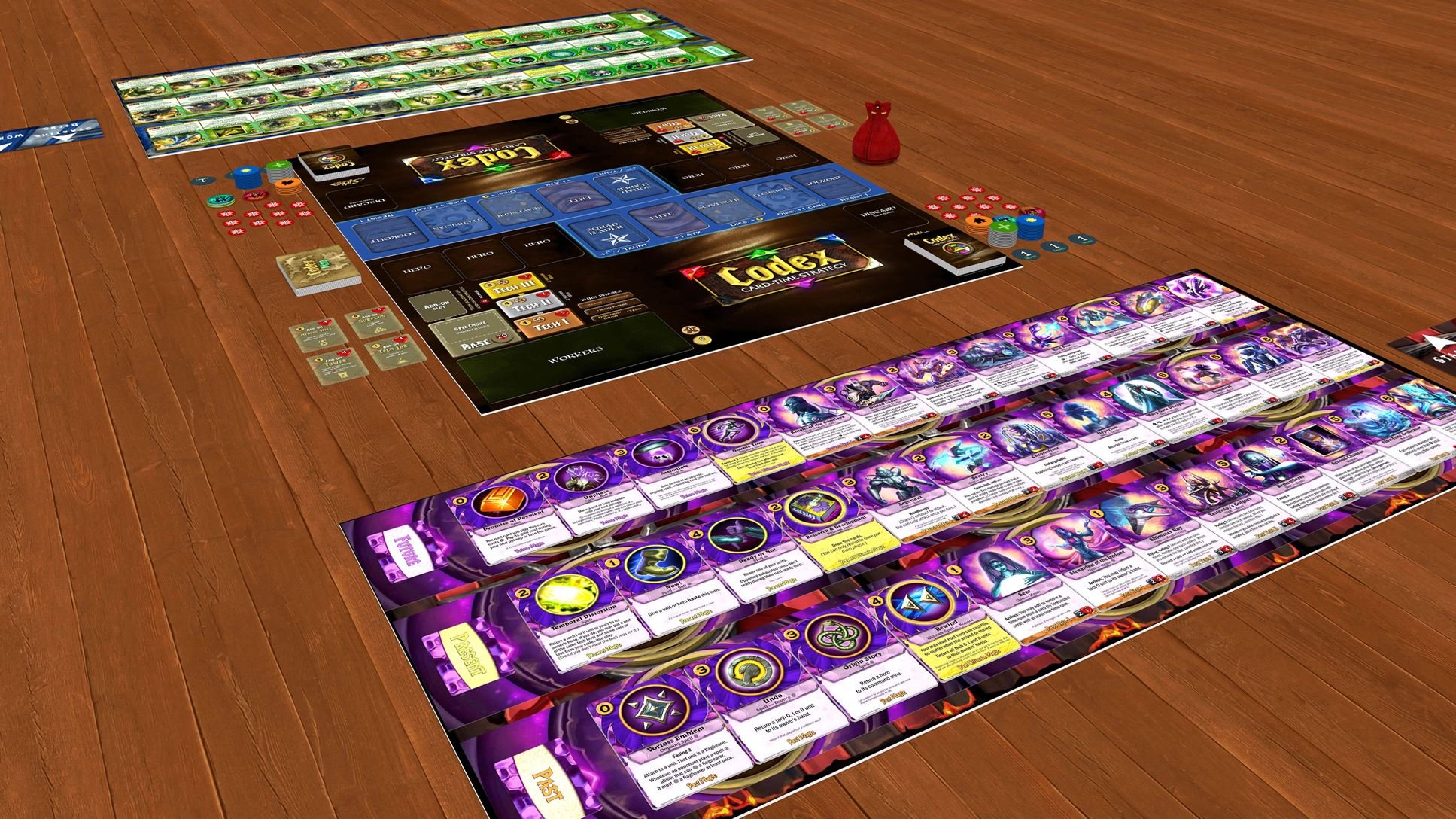 A customizable but non-collectable card game? One deck of cards that you can play for years and it still will be interesting? Nonsense? No! Codex!

Codex is a customizable, non-collectable card game inspired by real-time strategy video games such as Starcraft and Warcraft 3. It took over 10 years to get Codex right and now it's also available on Tabletopia! And stay tuned for live events scheduled for January.

Codex is a real-time strategy in turn-based card form for two players.

The goal of the game is to destroy the opponent's base. To do this you will control three different heroes and have access to a tech tree that allows them to use different strategies each time they play. Each game you have access to a number of effects equal to about three Magic: The Gathering decks!