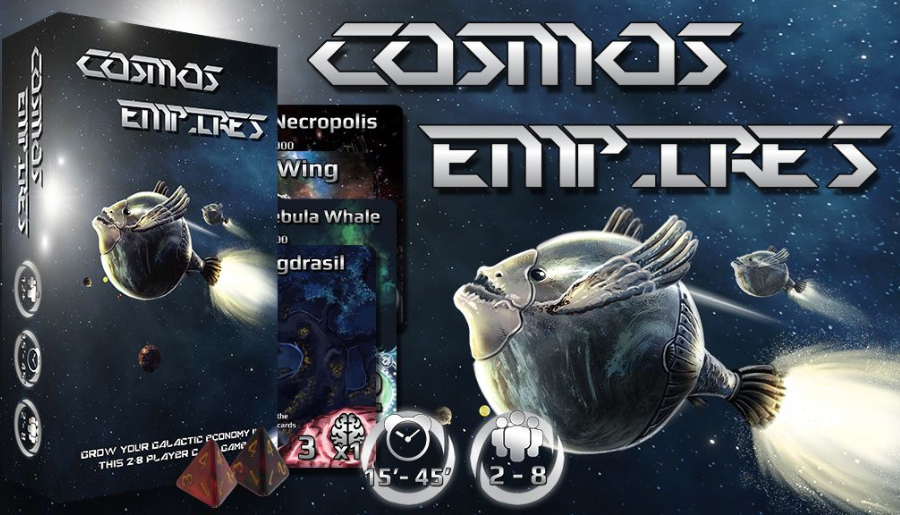 Cosmos: Empires is a 2-8 player, 15-45 minute engine-building card game. Jump into the galaxy, choose your strategy and build your galactic empire. Race against your friends, exploiting their economy to your advantage!

The game is played with a single deck, from which 10 cards are drawn into the “pool” players can select and build cards from. Each card has a cost, roll value and production value.

Each turn, the current player gets 2 actions and then rolls 2 D4 (4 sided dice). The current player can use one of their actions to increase or decrease the total of the two dice by one. Then, each player with a card with a Roll value equal to the new total gets Credits equal to the same cards production value. 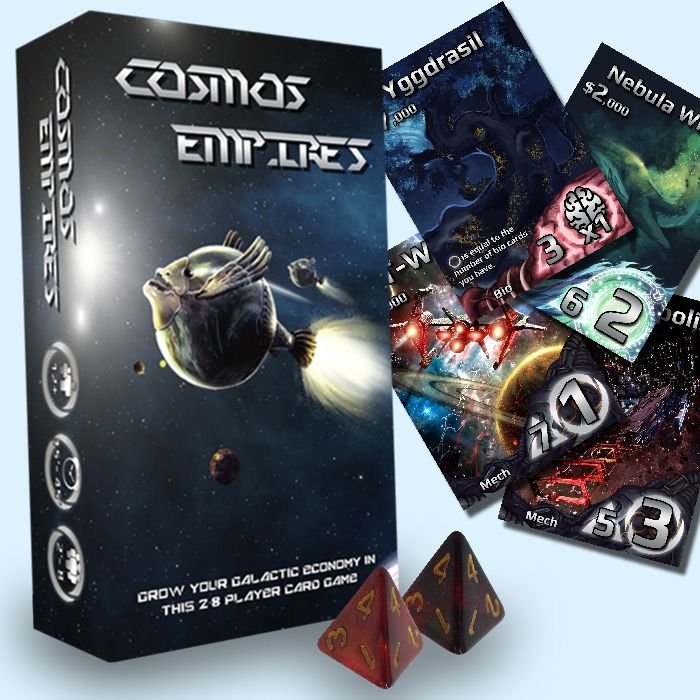 Finally, the current player can use their remaining actions to build a card from the card pool (or “cycle” it and take credits).

Simple rules but with many interactions. Great for both casual and competitive players alike! 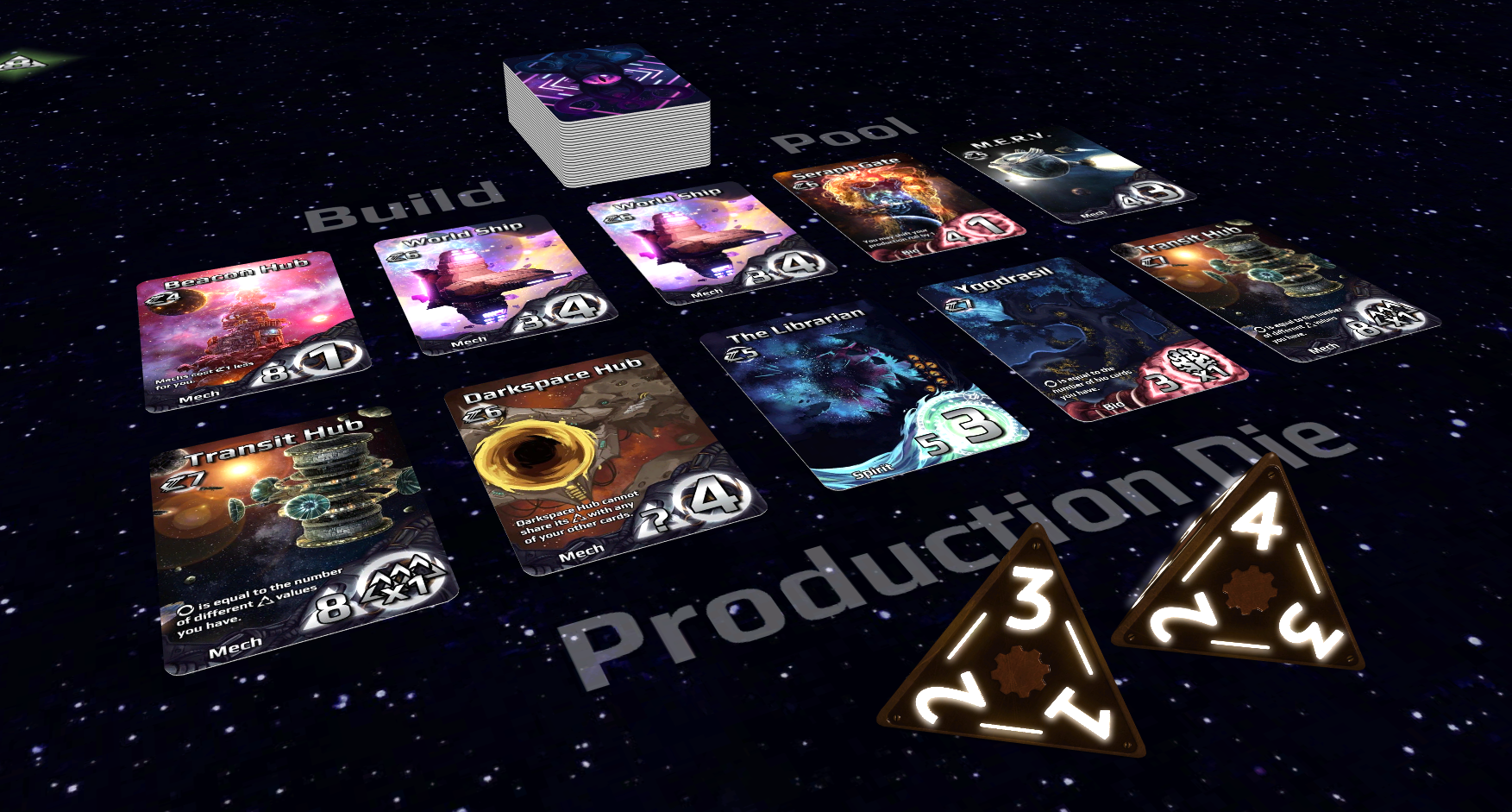