Play as Your Favorite Creatures! 🦊🐭🐹 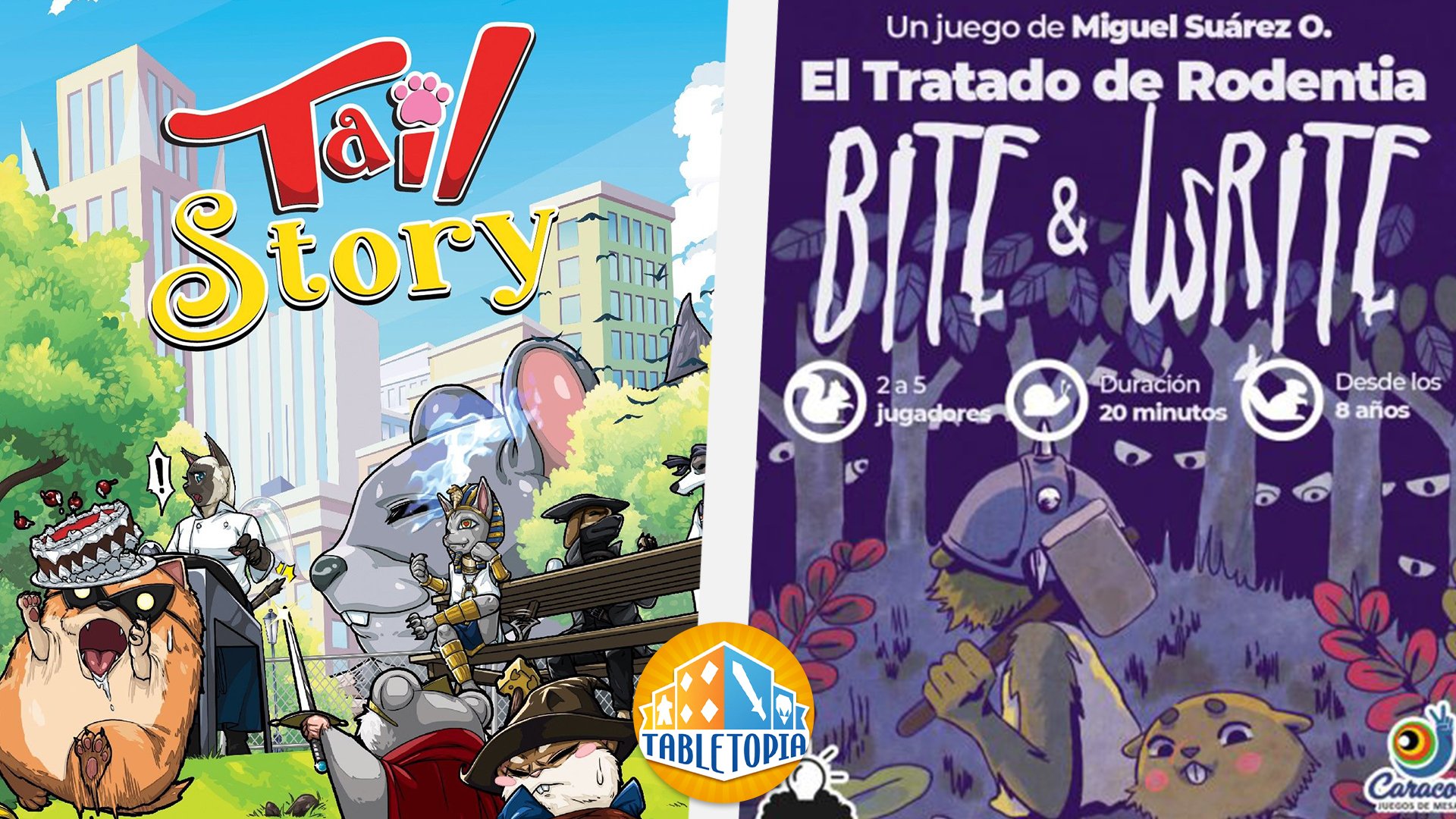 Tail Story is the story of the pets who dream to spend their daily lives differently.

In this adorable yet strategic card game, each player takes the role of a pet from 1 of the 3 types: CANINE, FELINE or RODENT & FRIENDS to compete with other pets using event cards to fulfill their dreamable achievements. 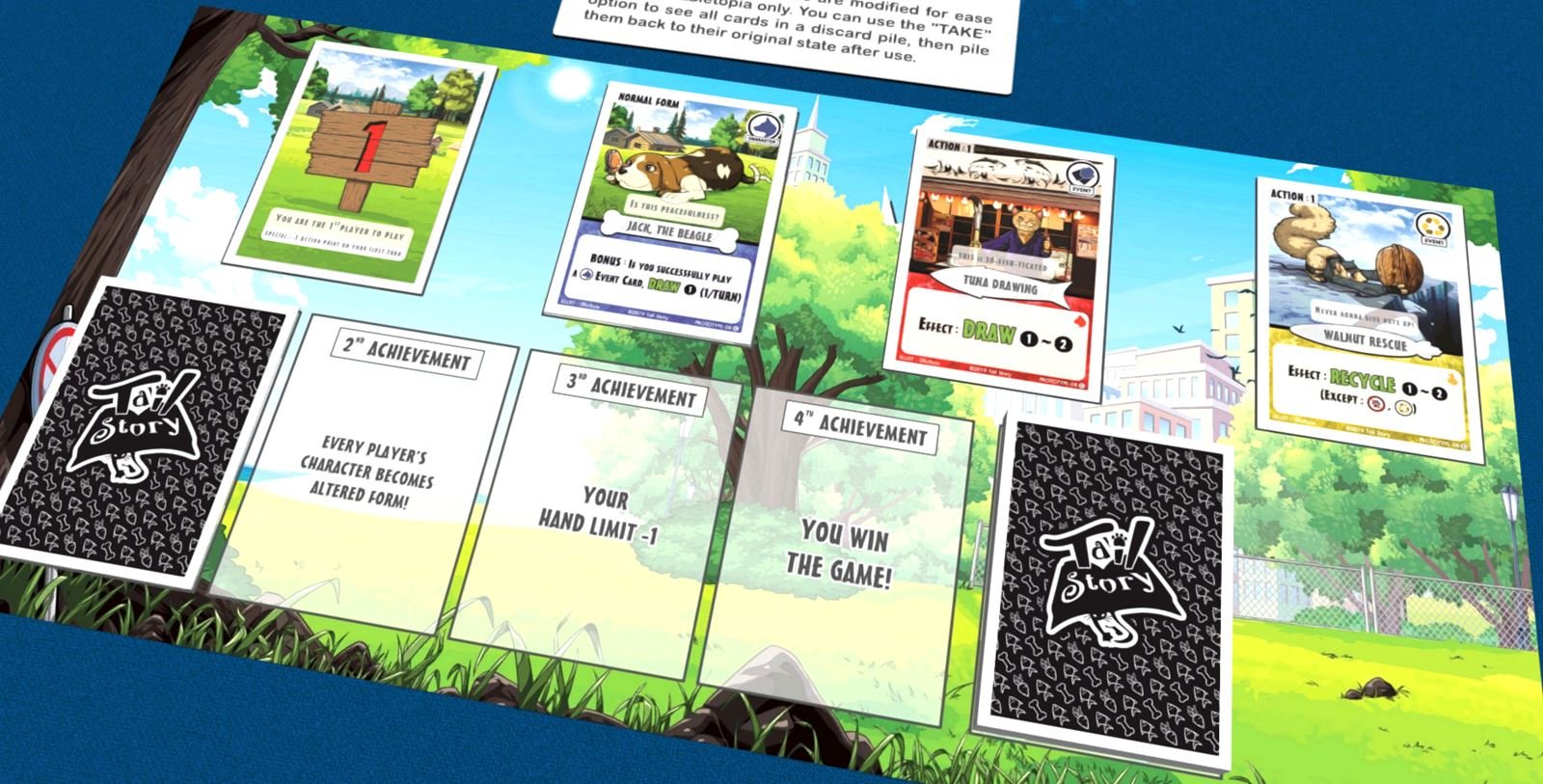 The players take turns and do whatever it takes to draw the cards from their own deck as fast as they can!

Each player is dealt 15 EVENT CARDS to make his/her own deck at the start of the game. Every time a player runs out of cards in his/her deck, the player shuffles all the cards in his/her discard pile to make a deck again. He/she then chooses 1 card from his/her hand and puts it face-down in front of him/her. This is called AN ACHIEVEMENT. The player who gets the 4th ACHIEVEMENT first is considered the winner!

This game is part of the Rodentia universe, the board game, where rodents have united and managed to expel predators.

In Bite & Write after the times of war against wolves and foxes, the council of leaders is supporting the Treaty of Rodentia. Using a dice game, the lands obtained after triumphing are distributed. 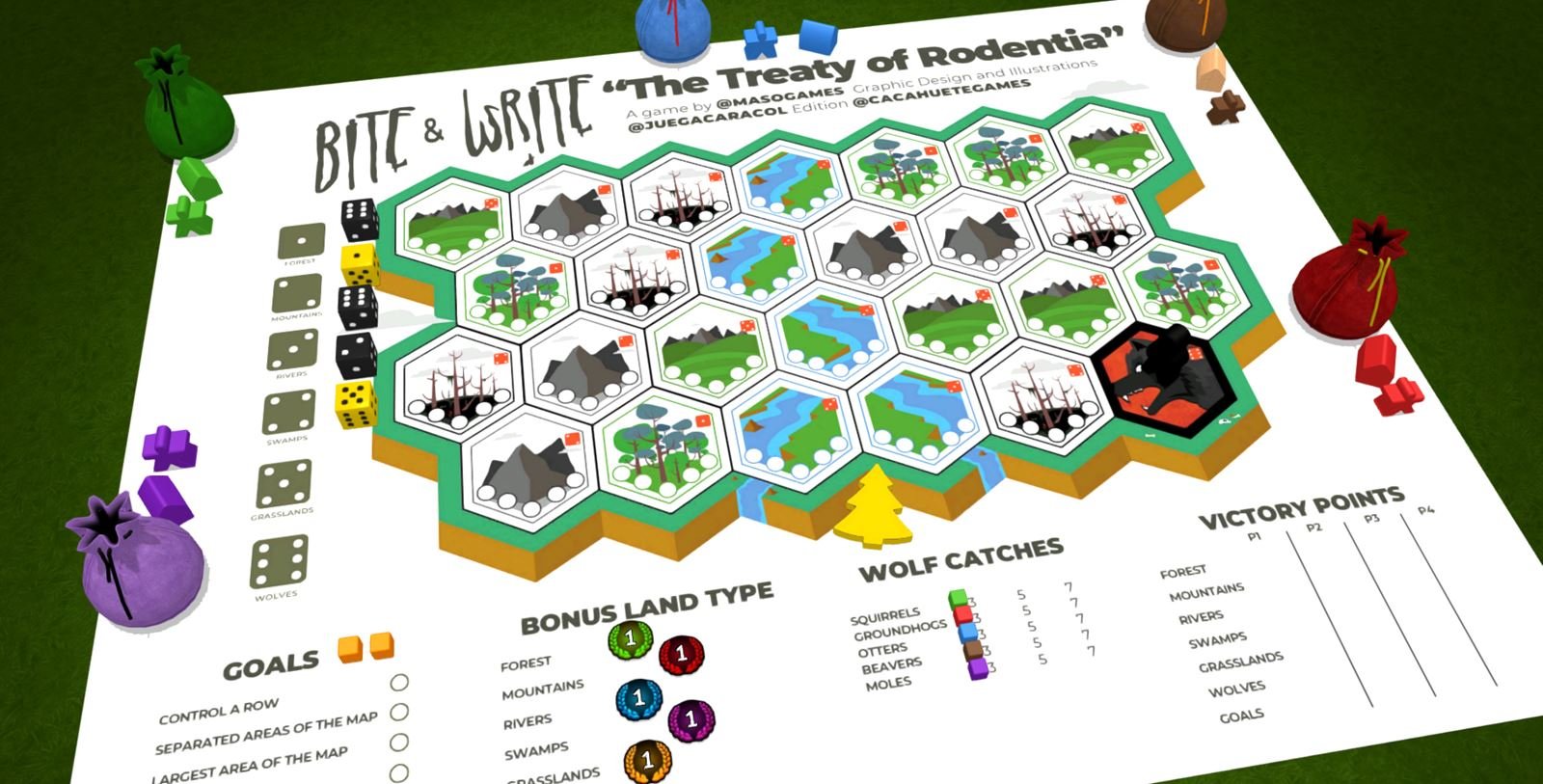 By painting the map we represent the forces of our rodents positioning and controlling areas of the map, commanded by their leaders, as they face the sneak attacks of the few wolves that still venture into Rodentia to cause terror.