A Game of Malicious Minions 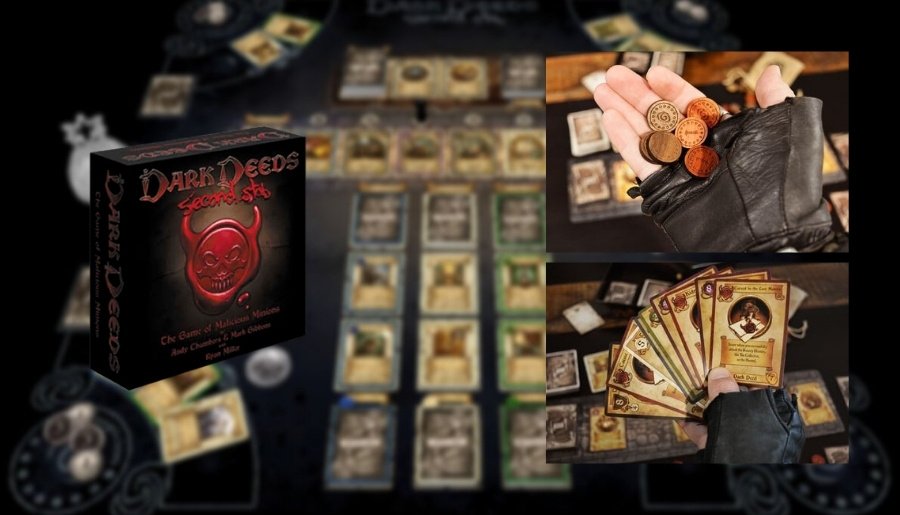 Dark Deeds is a darkly humorous card game of skullduggery and suspicion for 2 to 4 players. Dark Deeds: Second Stab is the fiendish new edition of the game that includes extra cards and refines the play mechanics.

In Dark Deeds players take the role of minions in service to a powerful, mysterious, and clearly villainous, patron. The patron wants deeds of infamy, violence and coercion committed and players must avoid the authorities, the do-gooders and, most of all, each other to perform them. Rich rewards beckon, along with horrific punishments for failure - so are you the kind of malevolent minion the patron needs? 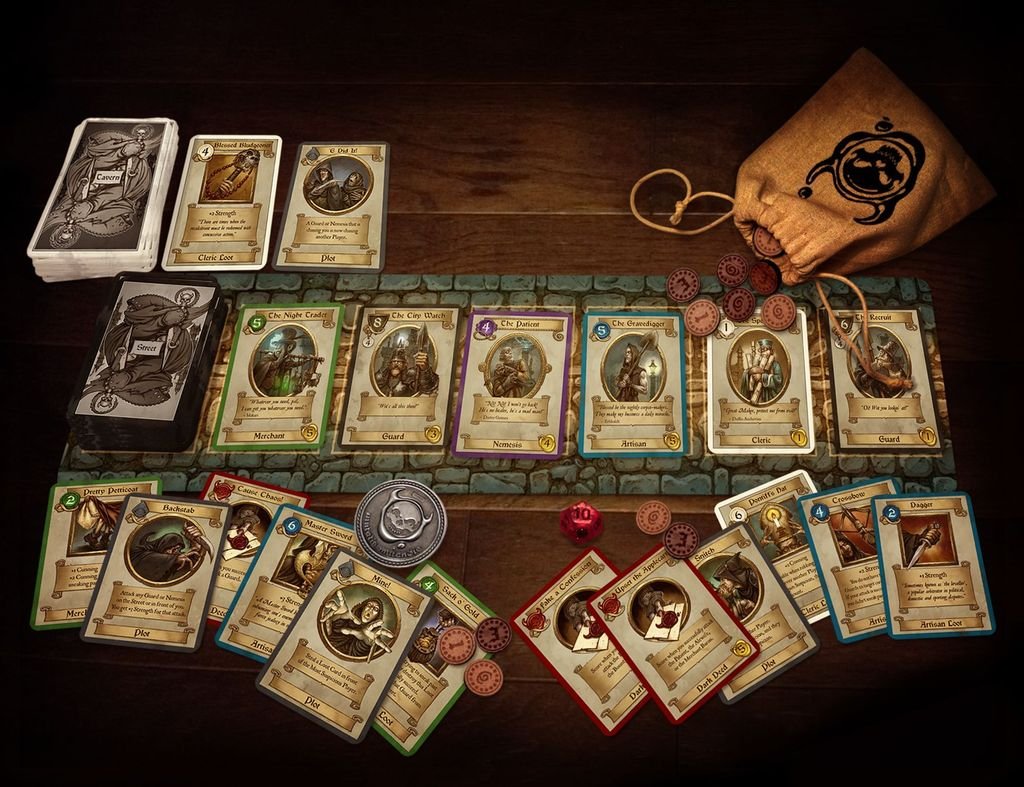