A tactical strategy game set in a dark-fantasy future 👿 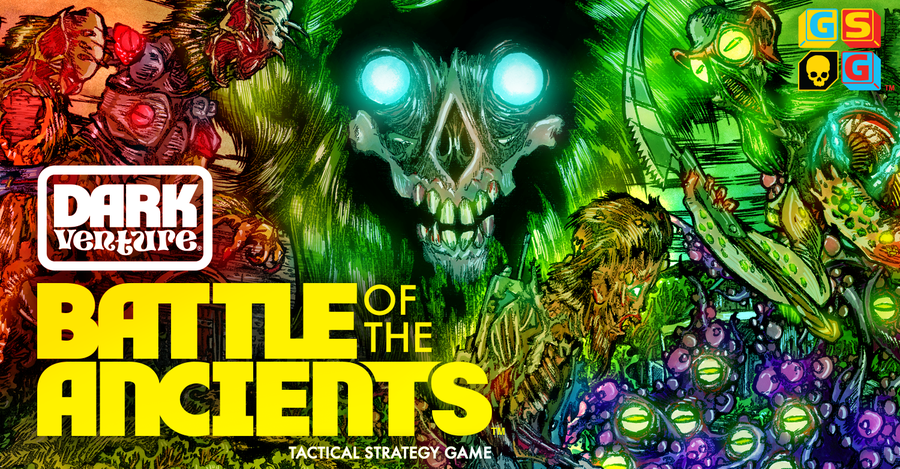 Dark Venture - Battle Of The Ancients is a SOLO, COOPERATIVE and COMPETITIVE tactical strategy game set in an apocalyptic, sci-fi universe where players control weird, asymmetric factions engaging in brutal conflict against one another.

In a dark, destroyed world ruled by chaos, hordes of otherworldly creatures battle against one another for dominance and survival. Amidst the shrill call of battle horns, the ground rumbles as squadrons of mutated abominations rush into combat!

On their turns, players roll 6 ACTION DICE then spend them to (a) MOVE the units of their faction or (b) activate FACTION ABILITIES: The BOHMERK split their units to create new ones, the VARPEN grow their units in size and strength, the DHARGON collect resources and use them to replicate their units, the ORPAL open portals to transport new units into battle, and the ALDERKANG fabricate new units using the DNA of captured enemies.

Complete the objectives to summon a powerful ANCIENT to the battlefield, an otherworldly leader who grants your faction a unique special ability!