Defend Farmingdale against the zombie horde.

Announcing Dawn of the Zeds 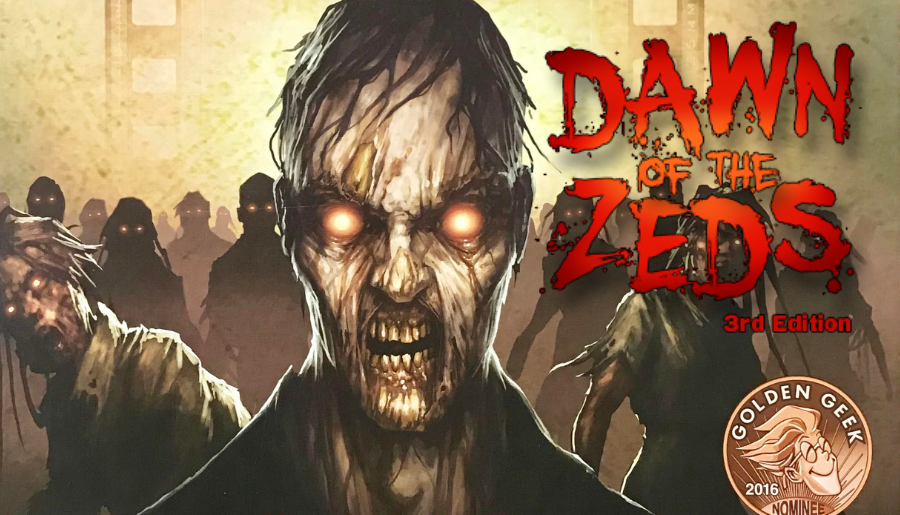 The postcards in every local drug store read, "Welcome to Fabulous Farmingdale!", an ad campaign that was the brainchild of Mayor Hernandez (who coincidentally employed his wife's public relations firm to market their community). But right now, things are far from fabulous in Farmingdale and, for once, everyone isn't blaming the Mayor. Some kind of virus or poison is turning ordinary people into vicious, zombie-like killers. It is not clear how the disease spreads (though it seems that physical contact is certainly one way), but it is obvious what the illness does to its victims.

These undead, nicknamed "Zeds" from the local newscasts as the acronym for "Zombie Epidemic Disease," are now converging on your corner of the world around Farmingdale. As best you can tell, you have been left to your own devices to stop them while the National Guard organizes a relief column, but that could take days, perhaps weeks, for them to fight their way to you and until then, what can you do?

With little choice between survival and a gruesome (un)death, you realize that you must coordinate the defense of the town of Farmingdale and its surrounding villages. You must lead the good citizens and emerging heroes of these communities to halt the Zeds' advances by (re)killing them, attempt to coordinate the discovery of a cure to this vile scourge, and preserve as much of the area and as many of its inhabitants as possible. There's no time to lose...

Dawn of the Zeds: Third Edition is a cooperative States of Siege board game. Your heroes must defend Farmingdale and its five outlying villages from the encroaching horrors. These heroes are supported by civilians (some armed, some heroic) and what little outside help is forthcoming. You must prevent the Zeds incursion from reaching the town center or causing so much chaos around Farmingdale that the government abandons it (and you)! 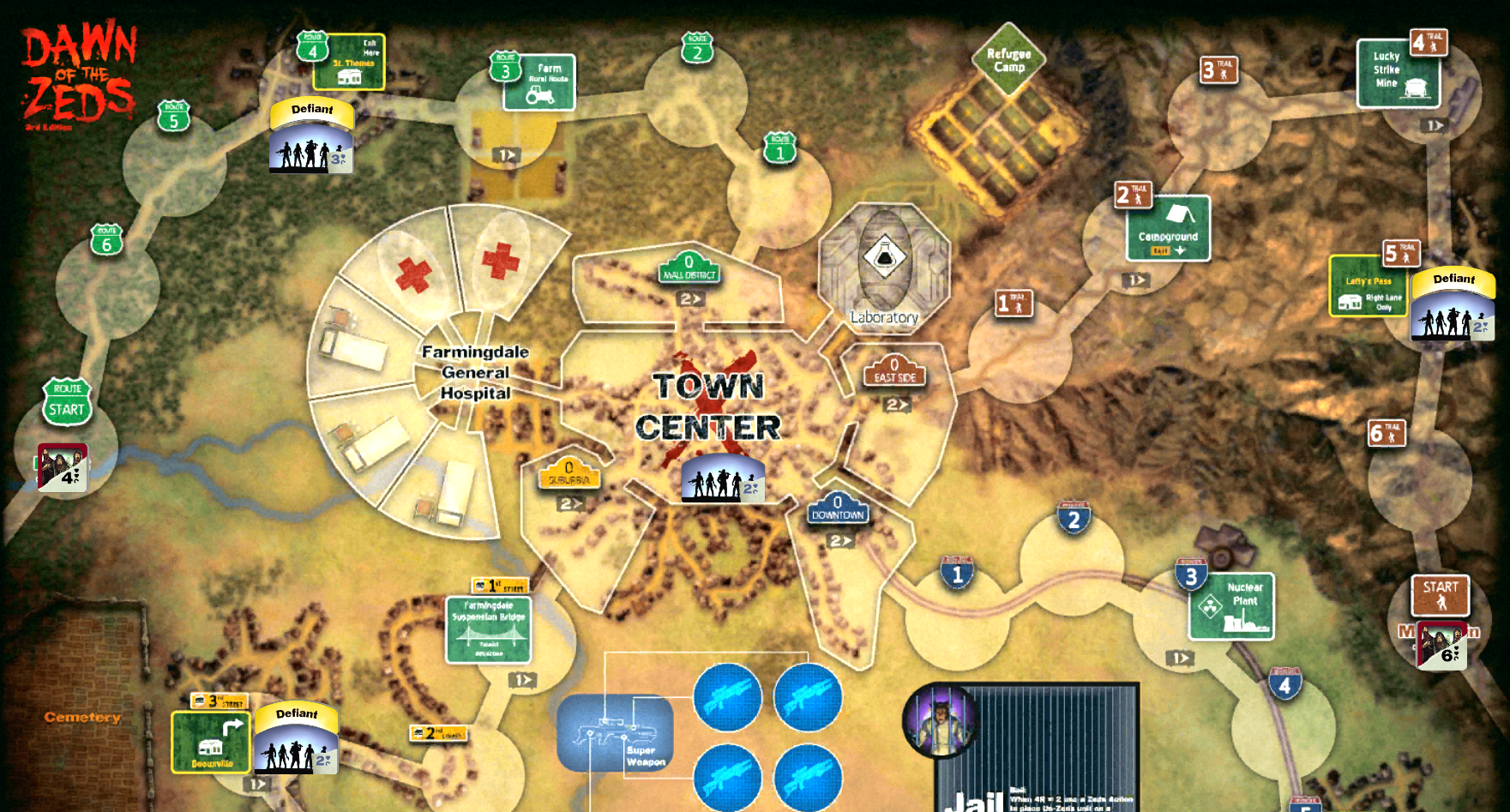