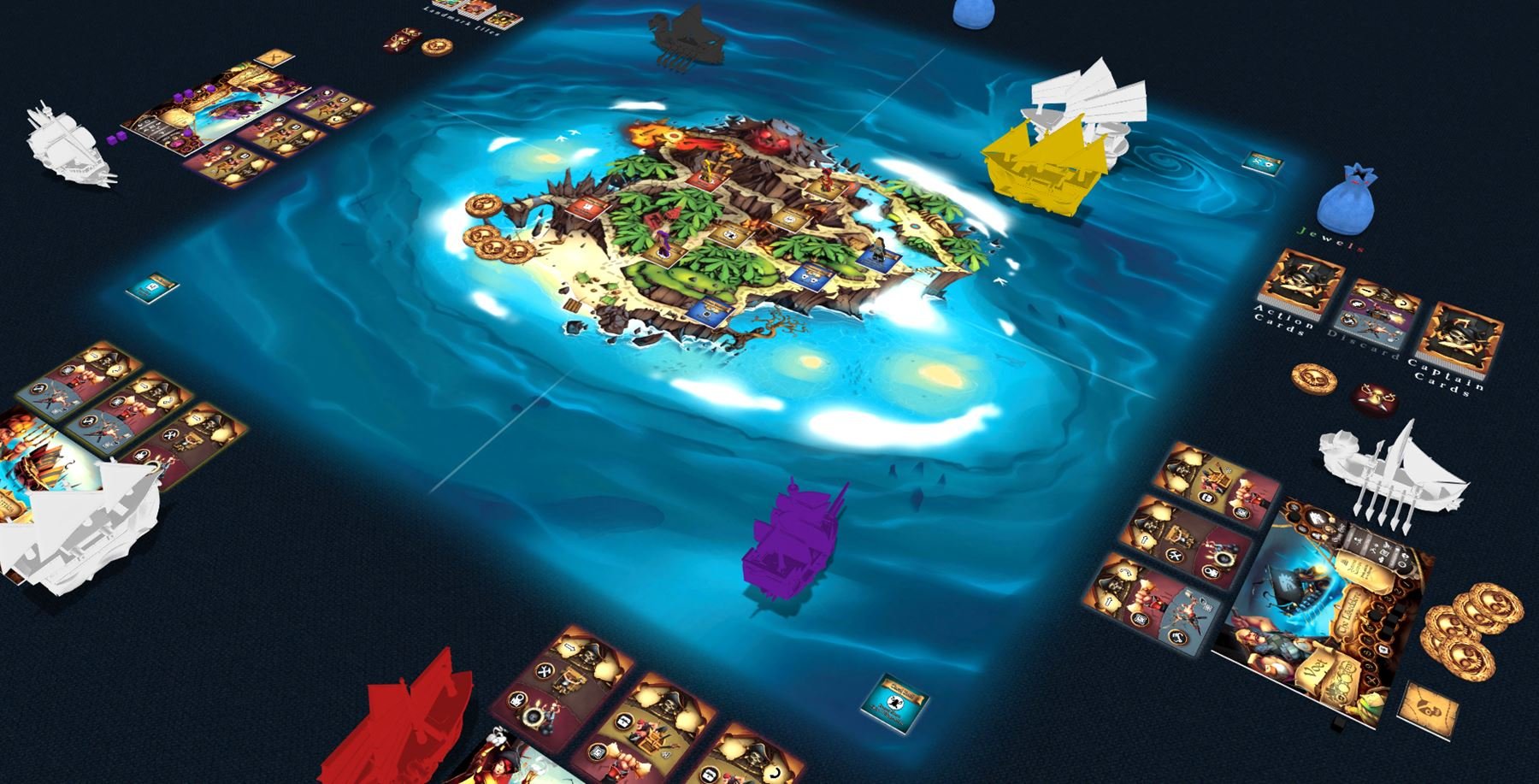 Prepare for an adventure of high piracy in beautiful Dead Man’s Doubloons, where players take on the role of legendary corsair captains. Treasure maps, mysterious island, skirmishes, pillaging, ghost ships — it has everything, if a pirate's life's for you!

Check out the game's successfull Kickstarter campaign (funded in 5 hours, many stretch goals already unlocked), until it's too late.

As savvy pirate captains in control of a ship and a crew, you will skirmish with one another while searching for treasure map fragments.

Then, you will follow one of the several paths to the buried treasure. And the final phase brings the ships back to sea in an epic battle royale! Who will become the richest pirate?

"I was a huge fan of Dead Man’s Doubloons since the first time I played. It’s fast, even with a full compliment of players, fun, and so full of pirate theme that you’ll be grabbing booty (heh) and talking like a pirate within a few short turns into the game." Pawn's Perspective