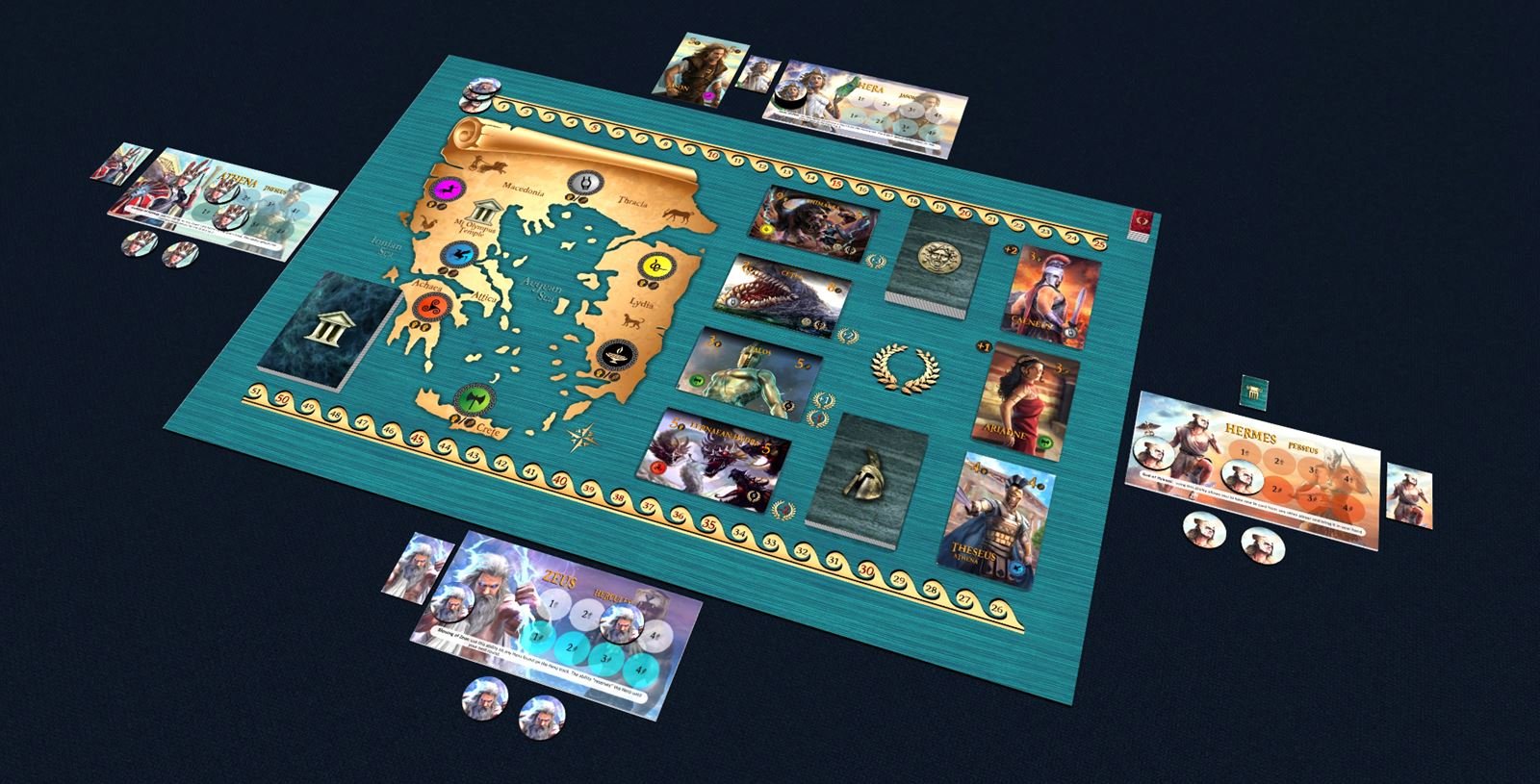 The ancient Greek world was ruled by the Olympian gods, 12 beings of immense power, but also victims to their own feelings, passions and vices. They vied for supremacy very often even amongst themselves, sometimes through brute force like hurling bolts of lightning, but they also conspired against each other through guile and intricate machinations.
Deus Ex Machina is the game the gods were playing when they tried to consolidate their power by working in the shadows, manipulating mortals to do their bidding, either showering them with promises of immortality and other divine gifts, or bending them to their will with dreadful threats and curses. 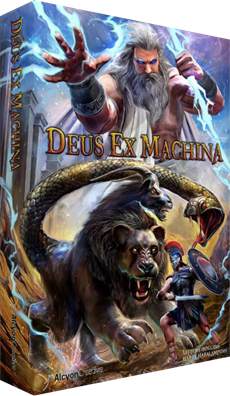 Deus ex Machina is a competitive game for 2 to 4 players with an innovative hero placement mechanism in which each player takes the role of an Olympian god trying to achieve supremacy over the other gods via manipulation of heroes and behind the scenes planning. Their ultimate goal is to accumulate the most Glory Points by having heroes complete quests. The winner of the game is the player who has completed his secret objective.