Guess who wants what, when, and how badly 🤔 In the far reaches of Santiiba, the Valley of the Hopeful, seers ply their occult trades.

Each turn in Die Seher von Santiiba, one player rolls the five dice, which correspond with five kinds of cards. The dice have 1-3 stars on three of the sides and the numbers 4-6 on the other three sides. Each other player then secretly selects a color, whether the color they think you'll choose or the color they themselves are interested in. You then name one of the colors, and if anyone else has selected that color, they reveal this information. If the matching die shows stars, they move their seer figure on the scoring track this many spaces, and if it shows a number, they take a card of this color. You either take the die (if it shows stars) or the card, placing this object in your "area of uncertainty". You then continue your turn by naming another color or end your turn. 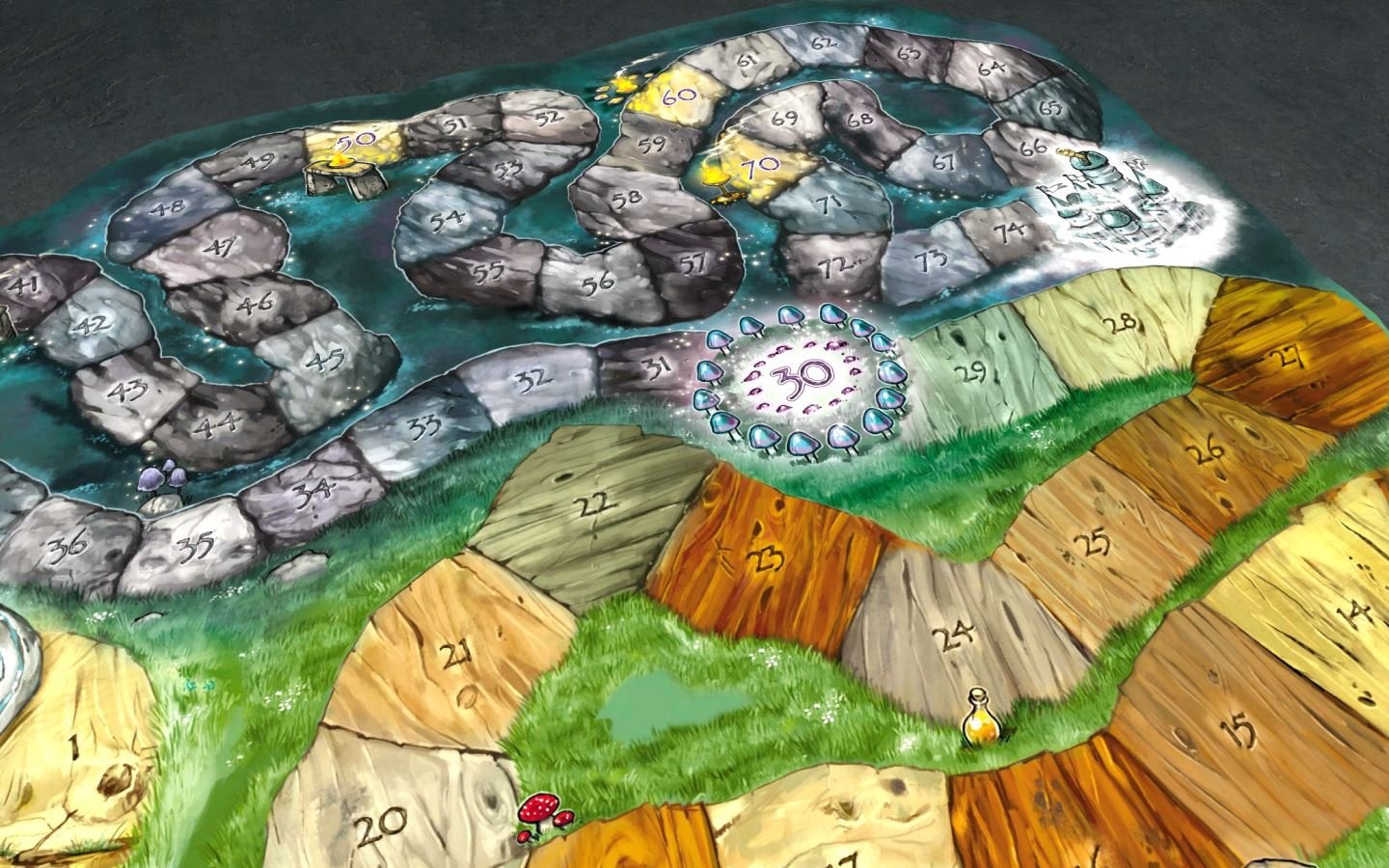 If no one choose your named color, then you pick either the die or card of this color, placing the object in your area of uncertainty. If you took a card when the die showed stars or took a die with a number, then you must continue your turn; otherwise, you can choose to continue or end your turn.

If all other players have revealed their color choices, then you lose everything in your area of uncertainty, receiving only a bowl card as consolation. If you end your turn — whether voluntarily or after successfully choosing four of the five colors — then you move all the cards to your oracle board and advance your seer a number of spaces equal to the sum of all the dice. 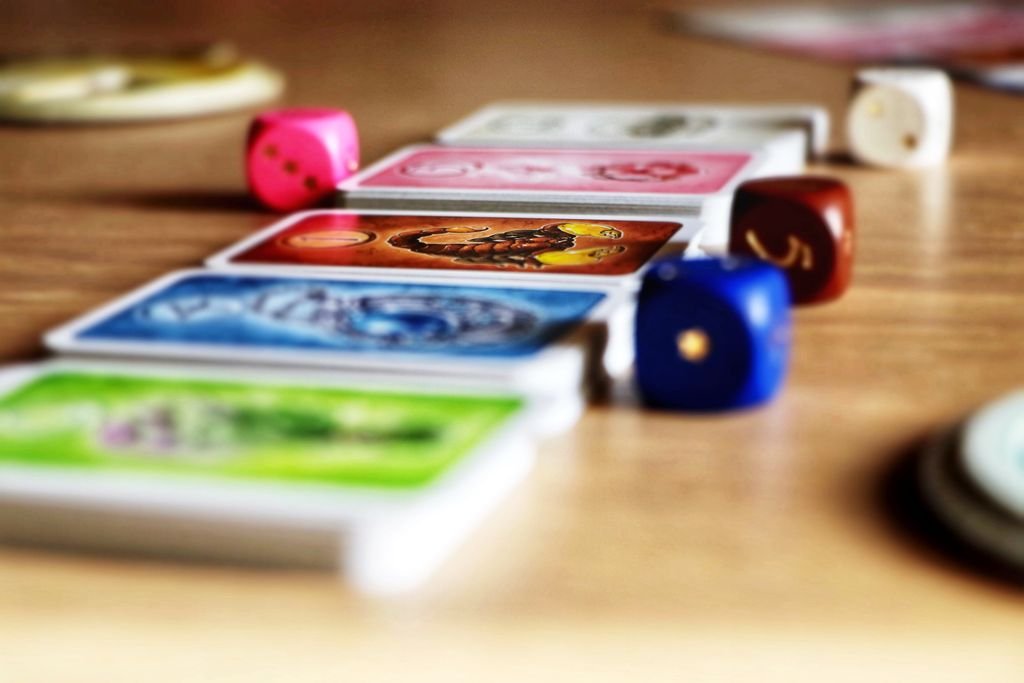 Players take turns in this manner until the first player reaches 30 VPs. Only then are the victory points on the cards counted as well — but the player who has collected the fewest cards of any particular sort won't get to count the neighboring kind of cards at all. If you have the fewest herbs, for example, then your amulets are worth nothing. Ties are broken in favor of whoever has the most bowl cards. Once you've determined which cards (if any) you must lose, you sum the value of your remaining cards and advance your seer. All players who reach the Cloud Castle of Wisdom on space 75 win; otherwise, whoever has advanced the farthest wins.