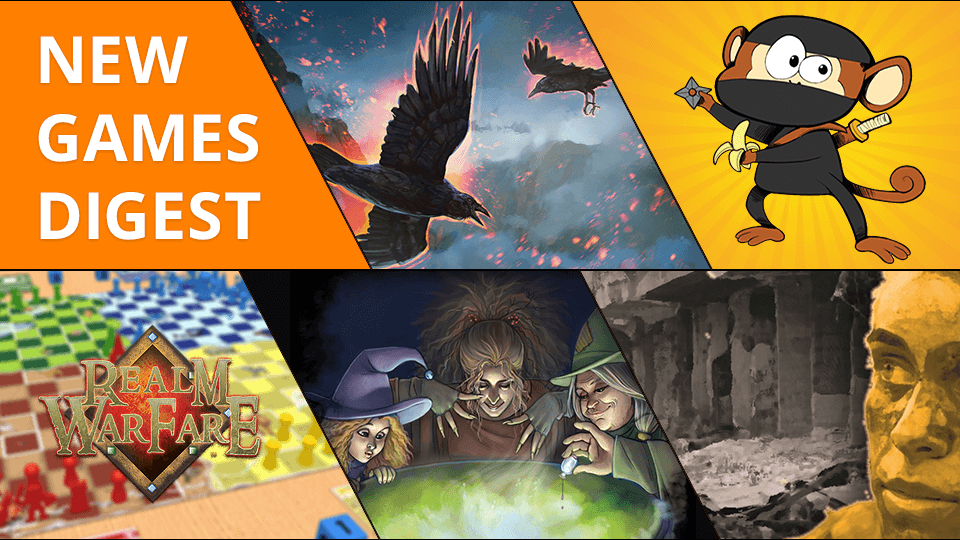 Here's our monthly digest of new games! Read on to learn about Runicah, Ninja Monkeys, Realm Warfare, Biosphere-5, and Cauldorn Bubble and Boil.

Note that some of these games are now on Kickstarter where you can support them after first trying on Tabletopia. 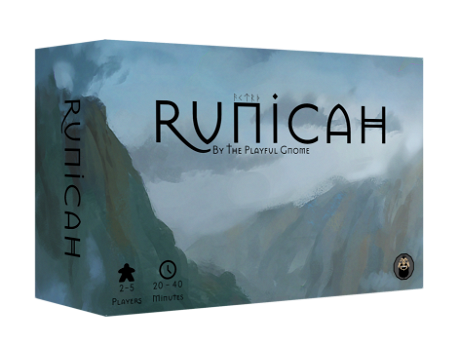 Collect runes of a particular set, all the while working with and against your opponents. Players will compete to be the first to complete their own unique set of runes.

The game is now on Kickstarter, check it out! 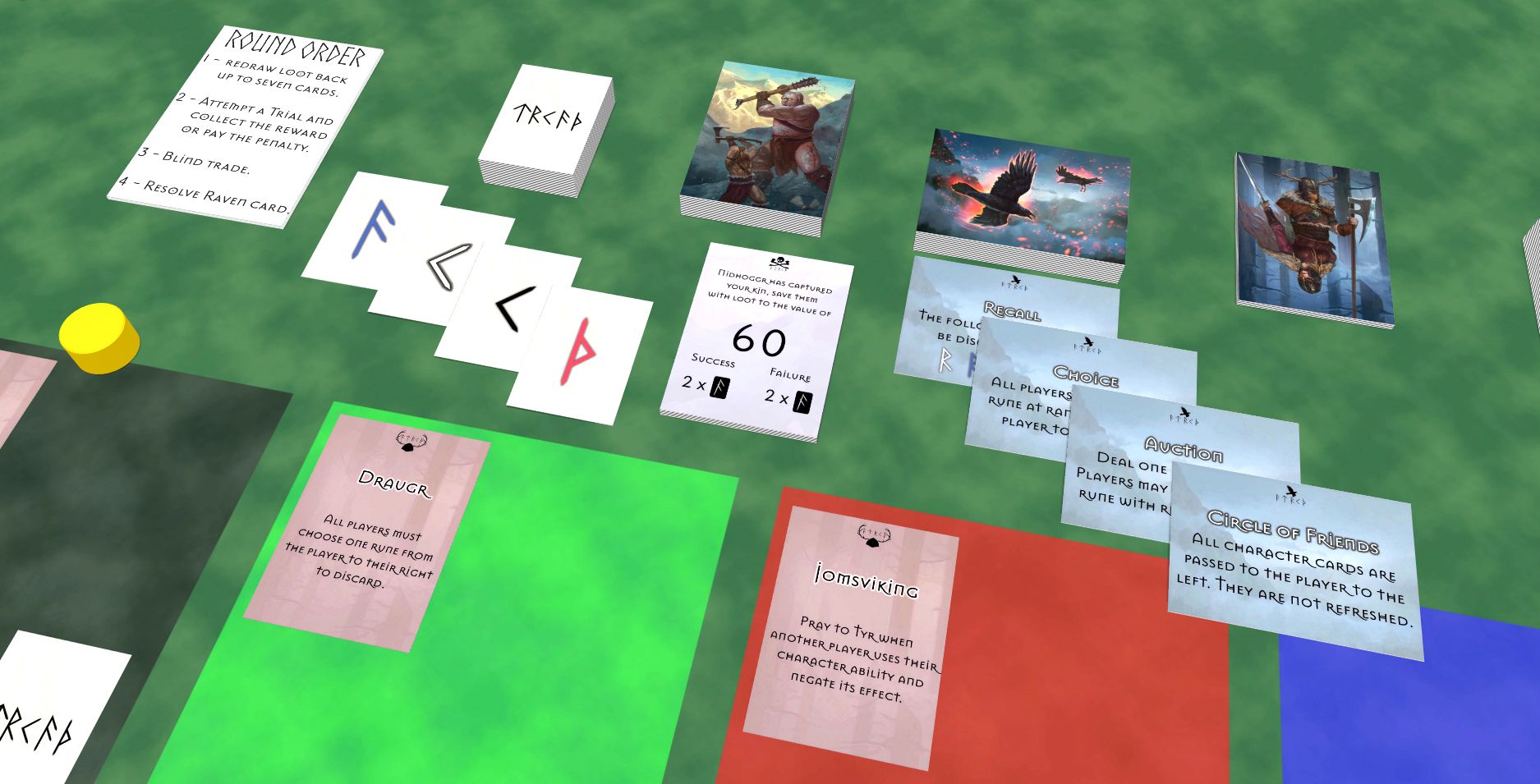 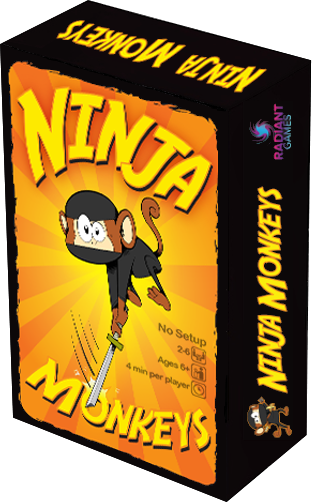 Ninja Monkeys is a family friendly strategy card game. If you took some of your best (pillow forts, imaginary friends) and worst (you’re grounded, monsters under the bed) childhood experiences and turned them into a card game, you would have the fast moving, “take that” game!

The game comes to Kickstarter on September 26th, mark your calendar. 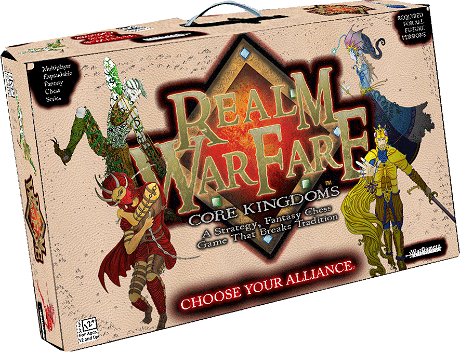 Realm Warfare is  part of the Multiplayer, Expandable, Fantasy, Chess Board Game Series.

Pit your wits against multiple players. Choose from an army of Amazons, Elementals, Elves, or Knights as they fight for the control of The Land of Grathmordath. Each Hero has varying abilities and bonuses available to vanquish their opponents. Shoot, combat, capture, or cast magic spells to damage opponent's armies. 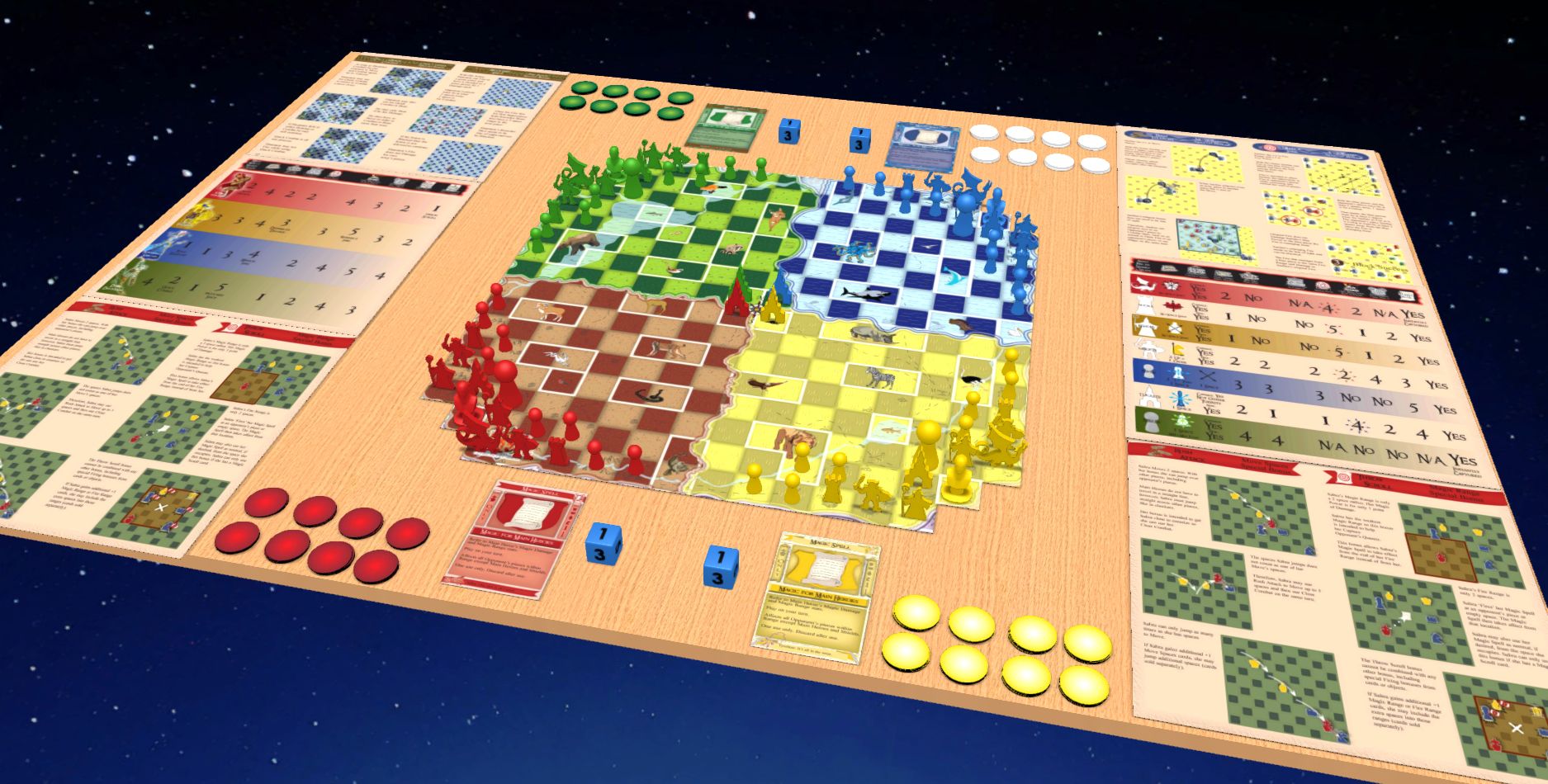 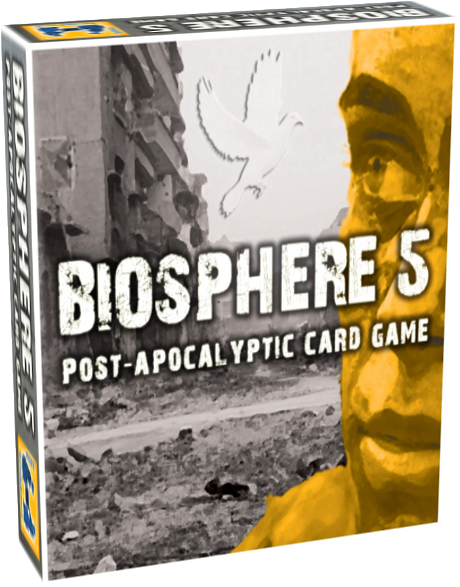 Biosphere 5 is a post-apocalyptic card game with a card set of 25 cards and an optional board for each player.

It is the aim of the players to save mankind by successfully establishing Biosphere 5 with their clan. In order to achieve this, tasks in six different fields of civilisation have to be solved. 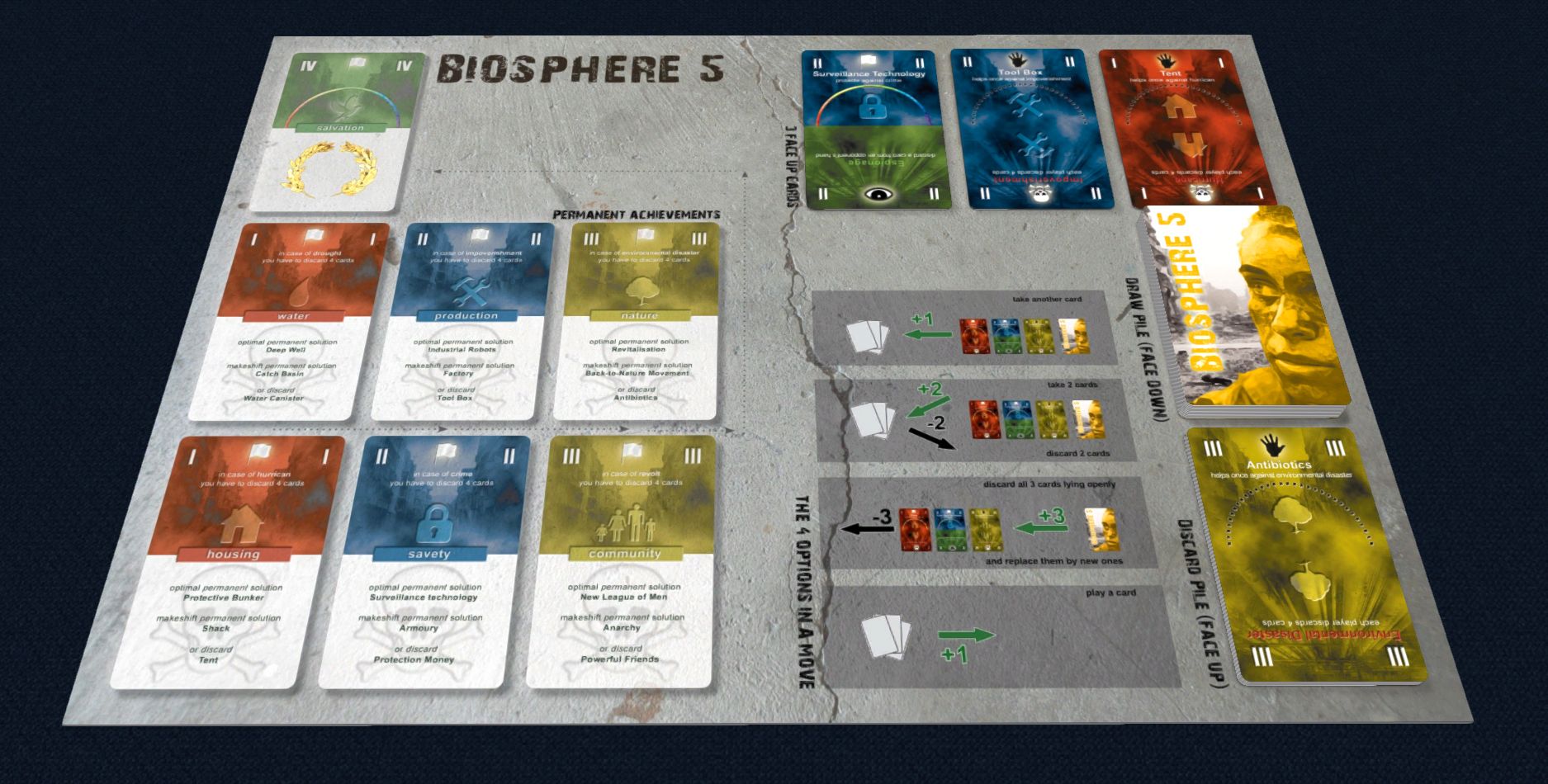 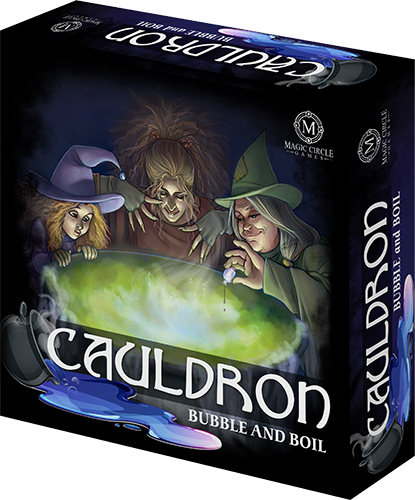 Cauldron: Bubble and Boil is a game where witches compete to brew the most valuable potions to become leader of the coven and weild the powerful Hag's Eye. They will grow and harvest gardens, brew potions, and cast hexes. May the best witch or warlock win!

The game is now on Kickstarter, give it a go! 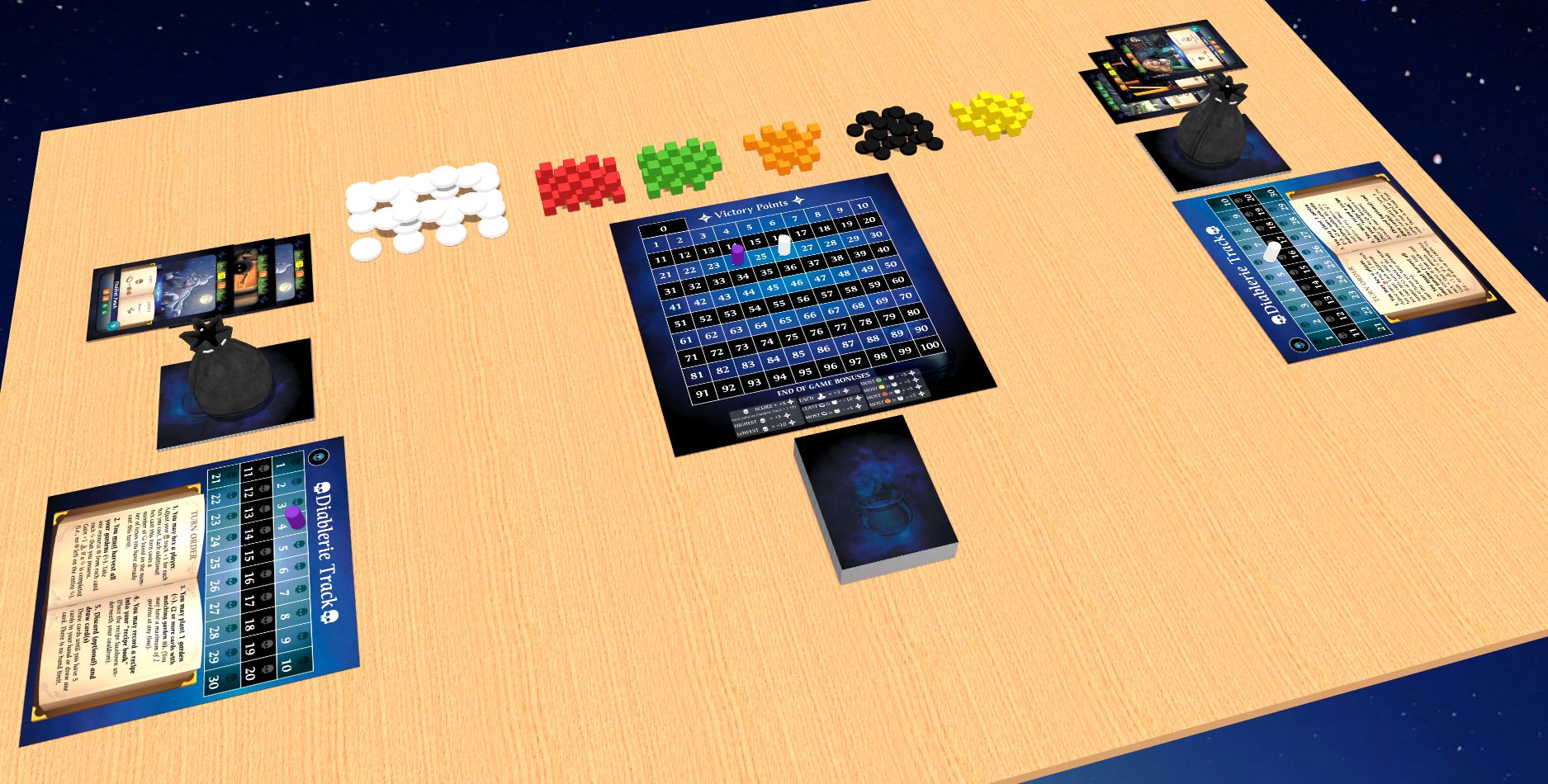