Brew beer, serve customers, and save them from the sea monster 🍺 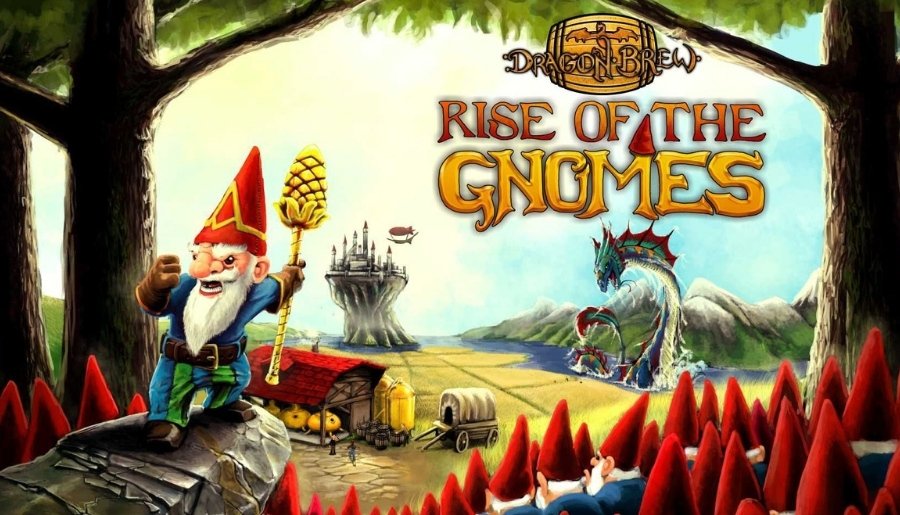 Panic has spread through the fantasy land of Brumancia. Gloomtail the Eternal has emerged from her sea lair. The Gnome Union, seizing this opportunity, have revolted, captured the throne at DragonKeep and halted the production of beer.

Rise of the Gnomes is an area control game where you manage one of the brewery empires in Brumancia. Defeat the Gnomes and claim the regions of Brumanica by winning the loyalty of beer customers. Use your gold to pay tributes to Gloomtail the Eternal, preventing her from eating your customers and burning your breweries to the ground. Earn points by expanding your regions, building breweries, recruiting allies and pleasing the powers of Brumanica. The player, or Gnome Union, with the most points at the end of five rounds is the winner.

Rise of the Gnomes uses worker placement and card drafting to perform actions. The order of the chosen actions dictates how well players do in the game. Player strategy and not luck determines the success of actions.

Rise of the Gnomes features the Gnome Union, an automated competing player. All players lose the game if the Gnomes have the most victory points at the end of the game. Players must both compete with other players for control of Brumancia and work together to keep the Gnomes in check.