Conquer your shorter enemies and build to victory 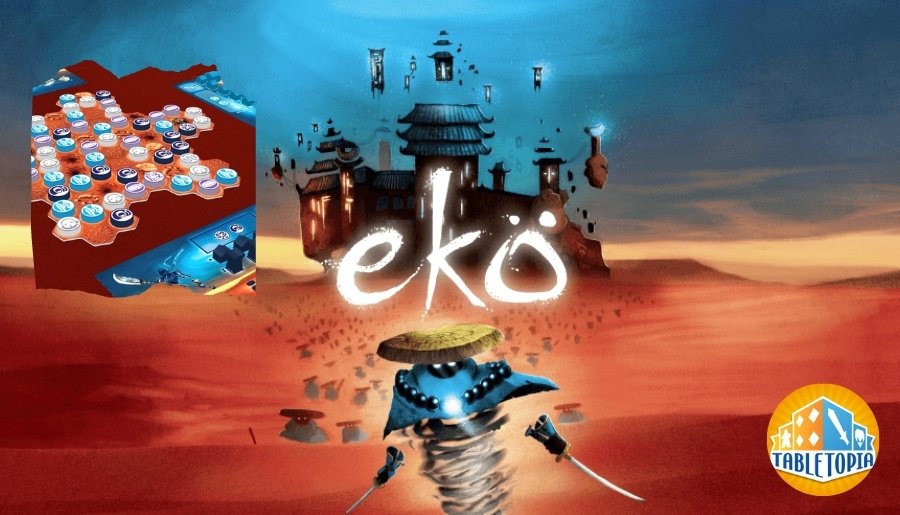 Ekö is a strategy game based on grid movements and territory building. Manage your units to take control of the desert. The first player to reach 12 victory points or to be the last survivor wins.

There once was a powerful Emperor, the respected Ekö, who reigned over a vast and prosperous realm, full of magic and grandiose cities. The Gods honored the Emperor by giving him four children, who governed his provinces. Then, after a life as full and long as several men might enjoy, Ekö died. His children, each of whom felt entitled to be his sole heir, revealed their true greedy nature.

The lands, once fertile, were ravaged by the fires of the battles. Emperor Ekö, whose ancient spirit lived on beyond his corporeal death, beset his children with a terrible curse:
He shut their souls in the ruins and wasteland that his empire had become, and condemned them to wage war against one another, over and over, never able to find rest.

You are one of these four cursed generals. Only one of you, at the end of this story, will become the one and only Emperor of the desert of Ekö… until it all starts anew, without end, forever.