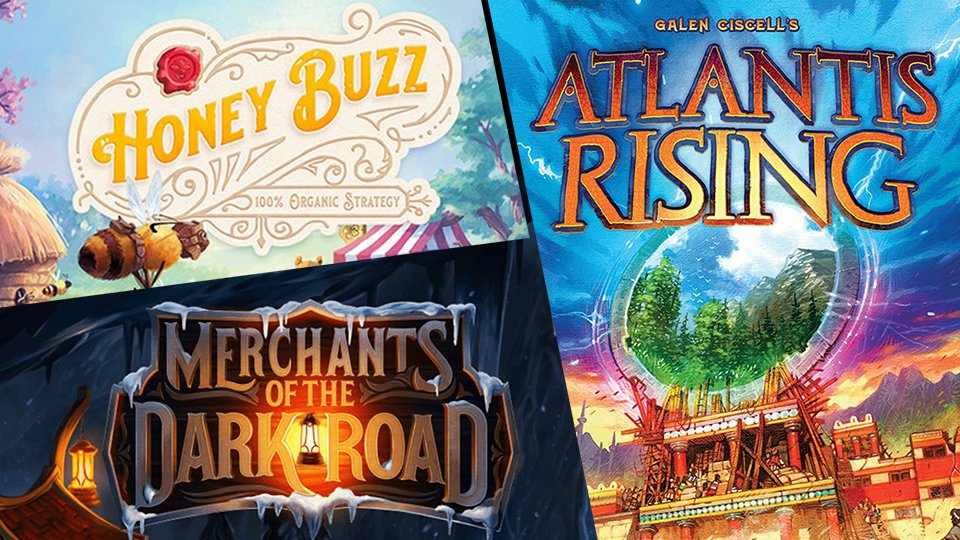 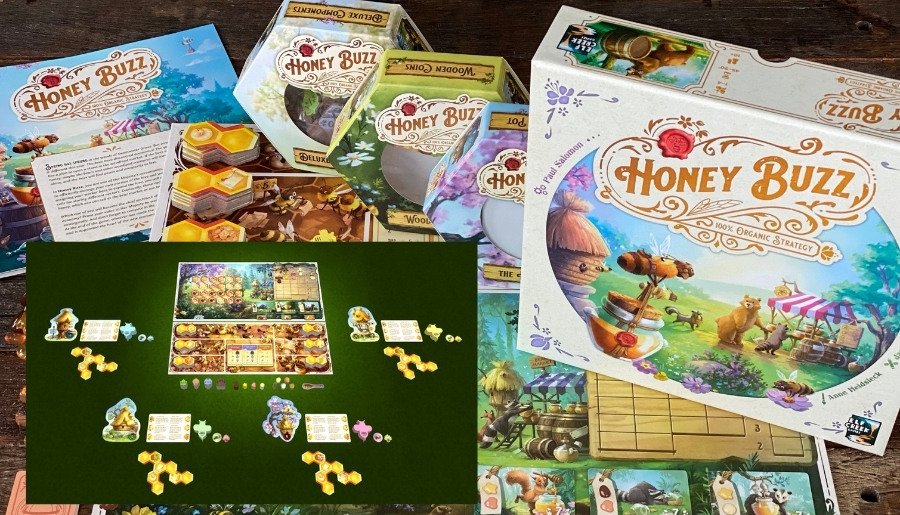 The bees have discovered economics. The queens believe that if they sell honey to the bears, badgers, and woodland creatures, they will find peace and prosperity. Spring has arrived and it's time to build the hive, find nectar, make honey, and, for the first time ever, set up shop.

Honey Buzz is a worker bee placement game where players expand a personal beehive by drafting various honeycomb tiles that grant actions that are triggered throughout the game. Each tile represents a different action. Whenever a tile is laid so that it completes a certain pattern, a ring of actions is triggered in whatever order the player chooses. A tile drafted on turn one could be triggered up to three times at any point during the game. It all depends on how the player places their beeples (bee+meeple) and builds their hive. After all, in the honey business, efficiency is queen.

As you continually expand your hive, you'll forage for nectar and pollen, make honey, sell different varieties at the bear market, host honey tastings, and attend to the queen and her court. There's only so much nectar to go around, and finding it won't be easy. Players will have to scout out the nectar field and pay attention to other players' searches to try to deduce the location of the nectar they need for themselves.

Merchants of the Dark Road 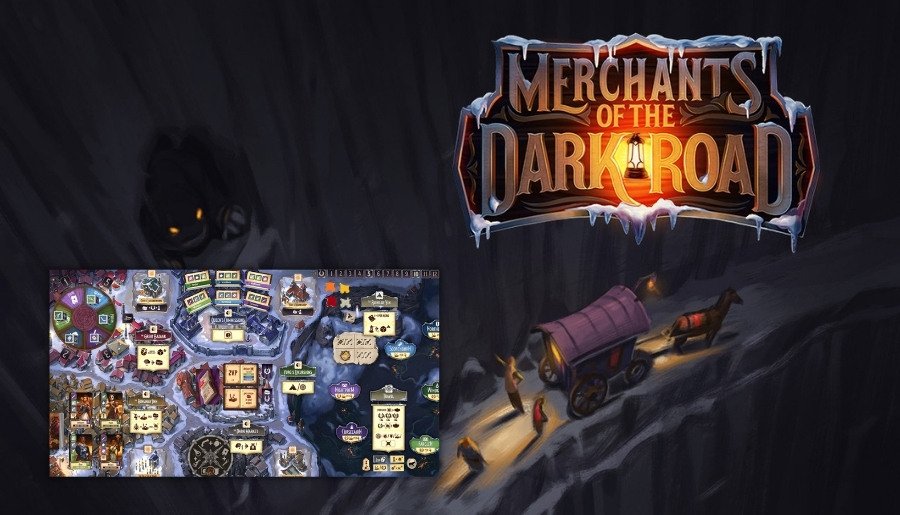 After half a year of daylight, we must now prepare for the dark season. The roads will be treacherous but they will still need to be braved by a select few in order to keep our cities thriving. In Merchants of the Dark Road, you are one of these brave few merchants that travel the dangerous paths between cities. While the job is perilous, fame and fortune await.

Discover the capital city where most of your actions will take place using a rondel action system. Collect and produce items to add to your caravan, or sell these items to local heroes and hire them to travel with you. Manipulate the market price of items, visit the back alley sellers, or delve a nearby dungeon for magical items to gain the potential for even more coin and notoriety.

Gather lanterns to ease your passage along the dark roads as you guide your caravan to distant villages. Deliver goods and heroes to the best destinations and gain fame for your bravery! Balance the money you earn with the height of your fame because your final score after a number of game rounds will reflect the lowest of these two values. 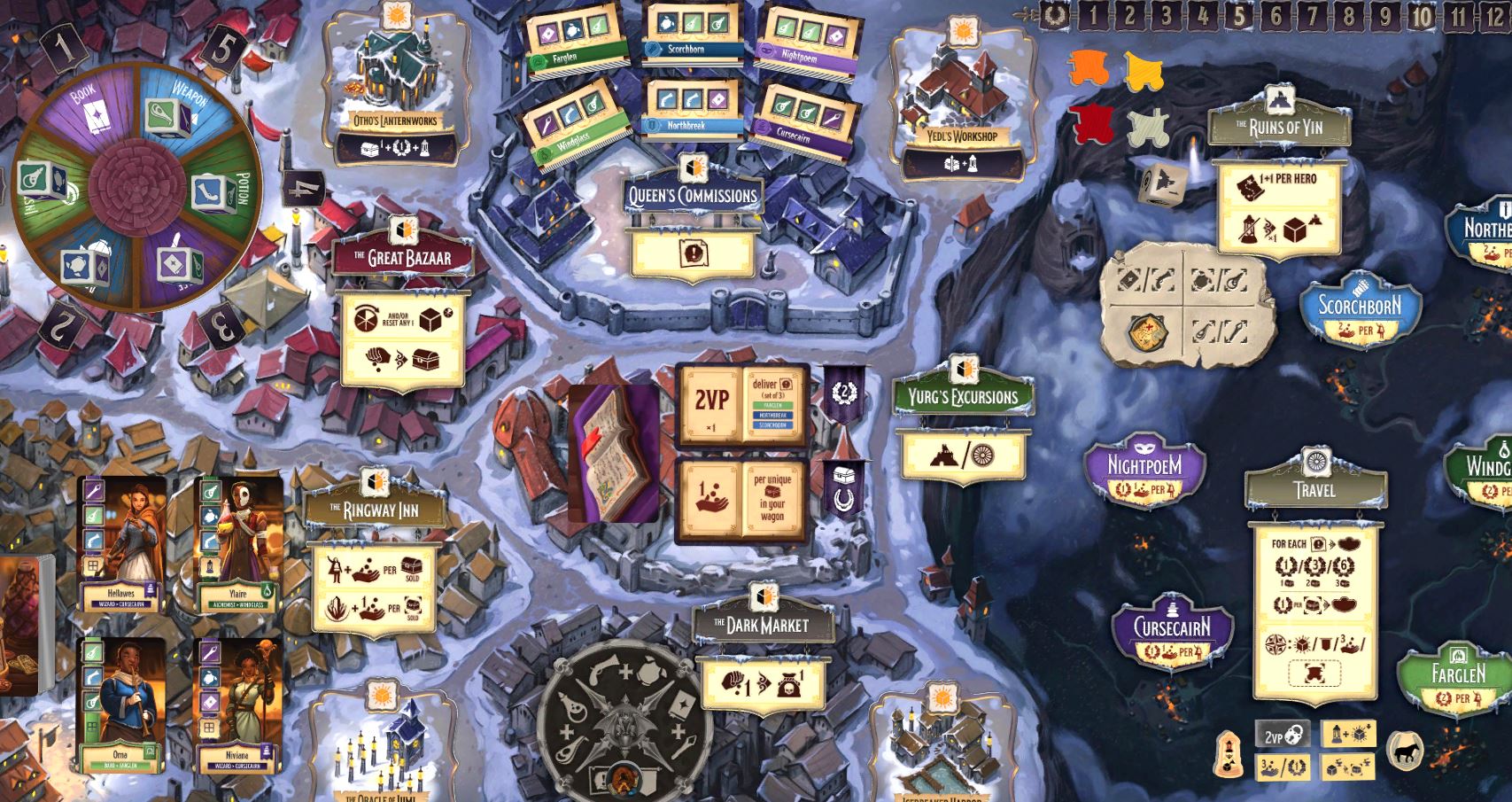 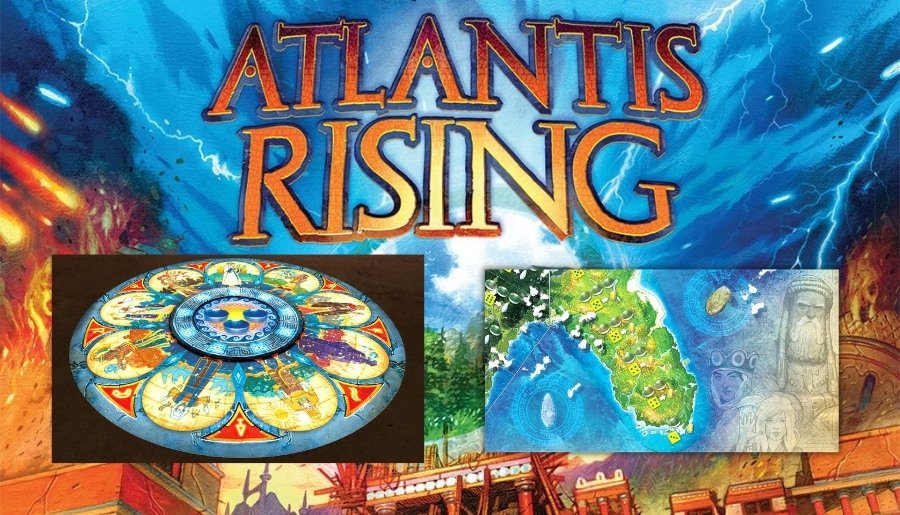 The isle of Atlantis, your home, is sinking. Will you be able to save your people in time?

Atlantis Rising is a co-operative worker placement game in which you must work together with up to five other players to deploy citizens across your homeland, gathering resources in order to build a cosmic gate that can save your people. Workers placed close to the shoreline are more rewarding, but are more likely to be flooded and the actions lost.

Every turn, each player draws a misfortune card that will flood certain locations along the ever-shrinking Atlantis shoreline, or may otherwise work to undermine your efforts to save your people. So you must race to gather the necessary resources to build and power the gate, before the island disappears beneath the waves forever.

This edition contains all new art and graphic design, created to bring even more attention to the thematic setting of the game. The Athenians Attack phase has been replaced with the Wrath of the Gods phase, requiring more strategic planning and adding to the sense of urgency. Now, instead of placing workers in an Atlantean Navy, players must cooperatively decide to flood a set number of tiles at the end of each round. To further aid them in their task, Councilor player powers have been expanded and made more impactful, and the knowledge deck has similarly been revised and expanded. The variable gate components, once built, no longer offer one-time bonuses, but create new worker placement spots where players can send Atlantean workers to unleash actions to help save their island. 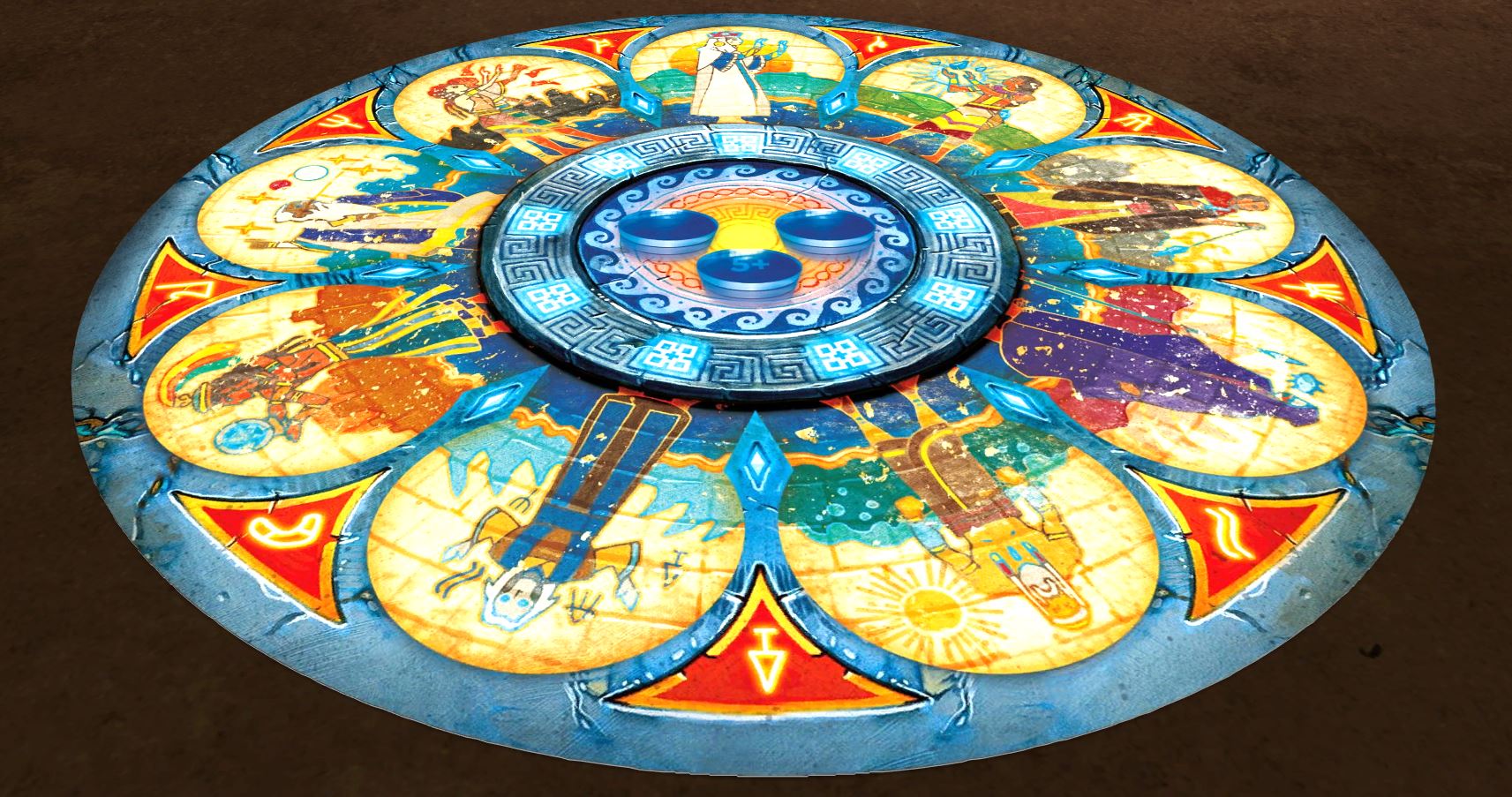