Break the Enigma code before Chaos consumes the world. 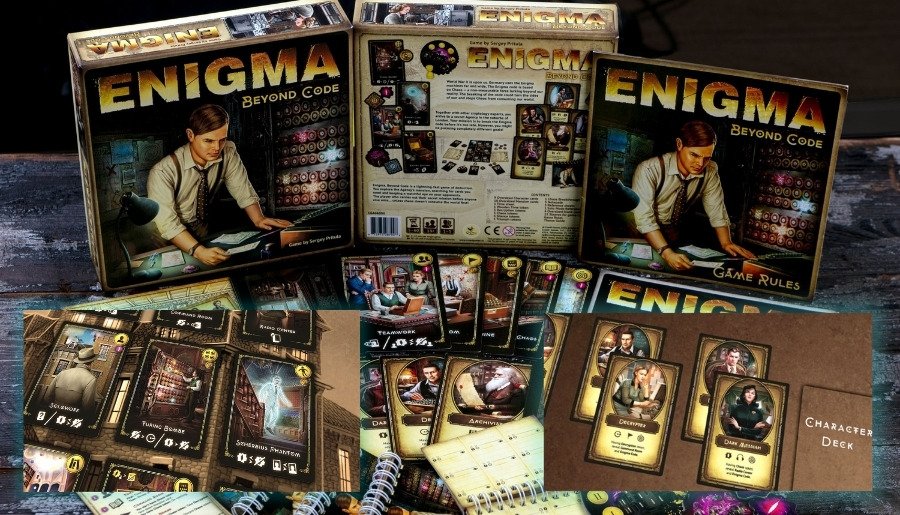 World War II is ongoing. Germany broadly uses Enigma rotor cipher machines. The breaking of the Enigma code gives the Allies an advantage in the war — but this is just one side of the coin because the Enigma code is based on chaos, a non-measurable force lurking beyond the boundaries of our world and eager to consume all its flesh. The code decryption would stop the chaos invasion into our world.

An "Agency" operates in a secret heavily-guarded Victorian mansion somewhere in London suburbs; it has been opposing the supernatural for centuries. To break the Enigma code, the Agency has gathered the world's best decrypters together. You are one of them. Your mission is to break the Enigma code as soon as possible while wandering inside the mansion with an ever-changing layout. At least, you tell others so. In fact, you might pursue completely different goals...

Enigma: Beyond Code is a game of deduction. Victory depends on your ability to understand the motives of other players and locate the cards you need — while keeping others away from the cards they are looking for. Each play takes 5-10 minutes, and it is best to play Enigma: Beyond Code up to three victories.

In the beginning, each player receives a character card featuring a cryptology expert who has arrived at the Agency's mansion to break the Enigma code. But only one of them is the true decrypter; the others are just masterfully posing as cryptologists. Each of them has a unique secret mission. To accomplish the missions of their characters, the players view mansion cards in turns; each of these cards represents a room or an object inside the mansion. The invited experts work as a team, which means that upon looking at a mansion card, you must tell others what is there. You may either lie or tell the truth — that depends on your goals. Lying is always a risk, while telling the truth may allow your opponents to win. 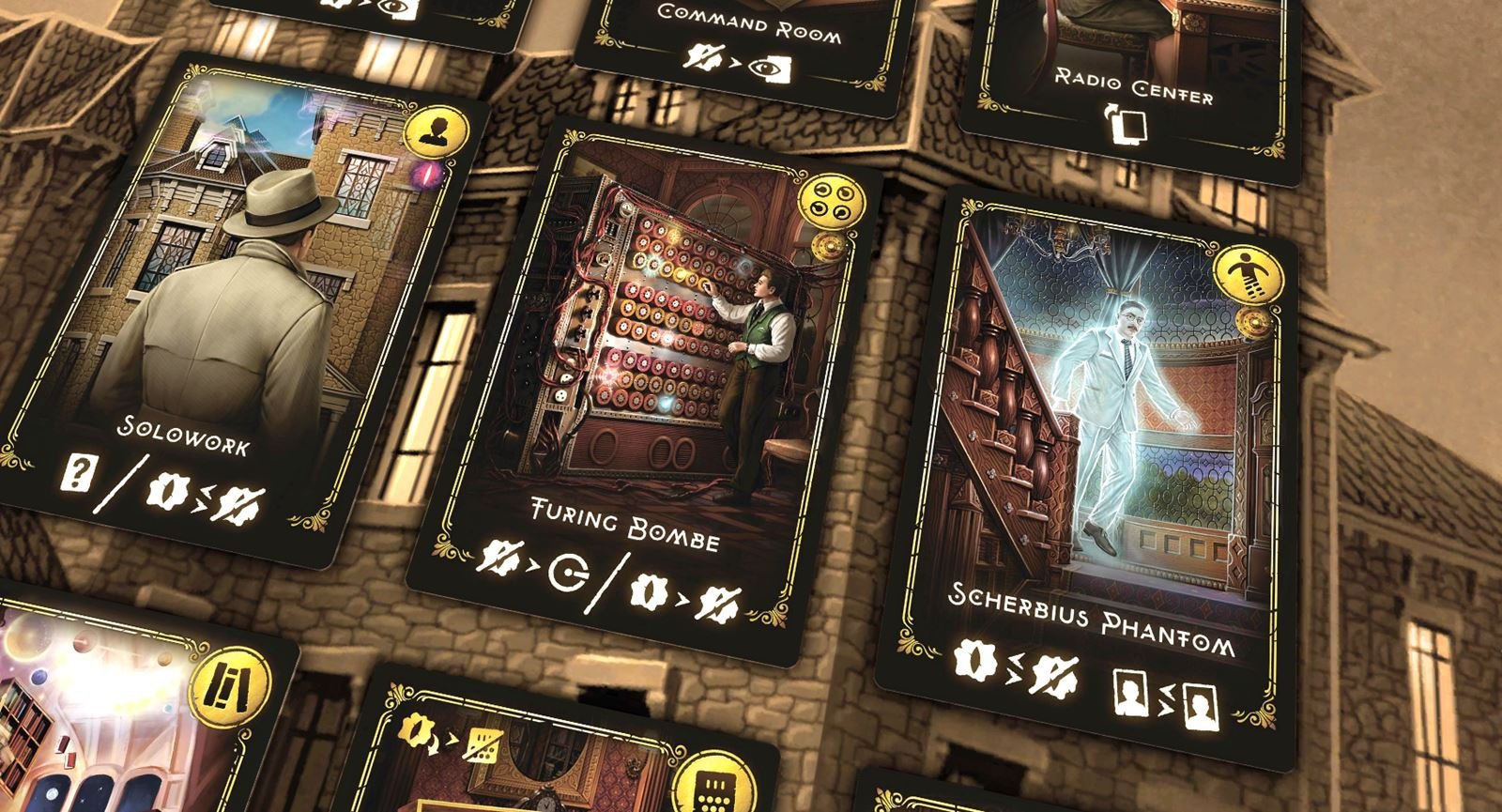 The player who first accomplishes their character's mission wins the game. If no one does so within the game's time limit, chaos breaks into our world, and all players lose!