Epic Spell Wars of the Battle Wizards on Tabletopia

Battle for the death and than repeat 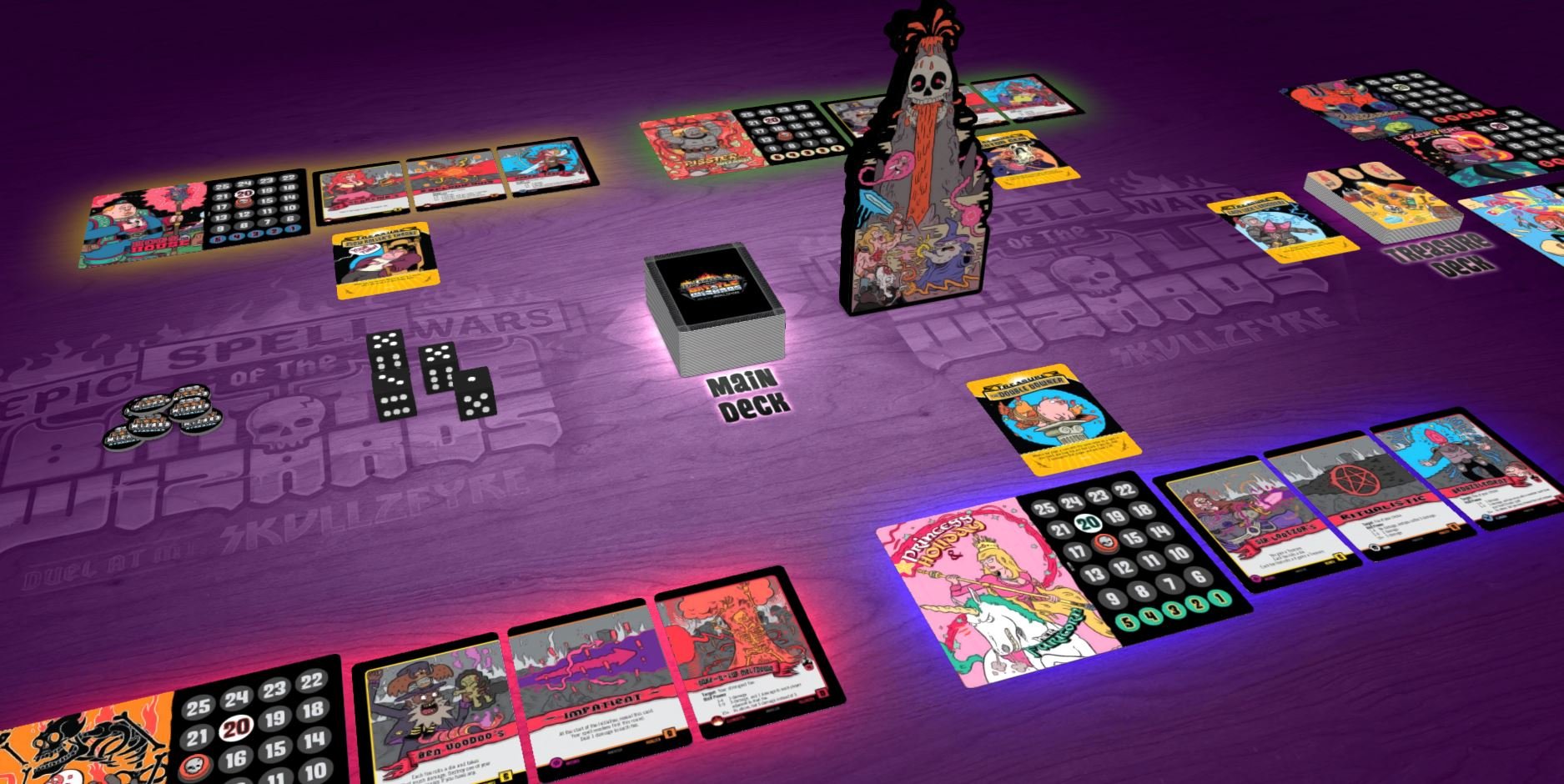 Did you know that magical wizards are battling to the death ... and beyond ... right now!? "Why battle?" you might ask. "What have I got to prove, magic man?" Only who's the most awesomely powerful battle wizard in the entire realm, that's what! As a Battle Wizard, you'll put together up to three spell components to craft millions (okay, not really) of spell combos. Your spells might kick ass, or they could totally blow – it's up to you to master the magic.

Epic Spell Wars of the Battle Wizards: Duel at Mt. Skullzfyre is a humorous card game depicting a vicious, over-the-top battle between a variety of comically illustrated wizards. The game focuses primarily on creating three-part spell combos to blast your foes into the afterlife. The unique Dead Wizard cards allow players to stay in the game even after their wizards have been defeated. 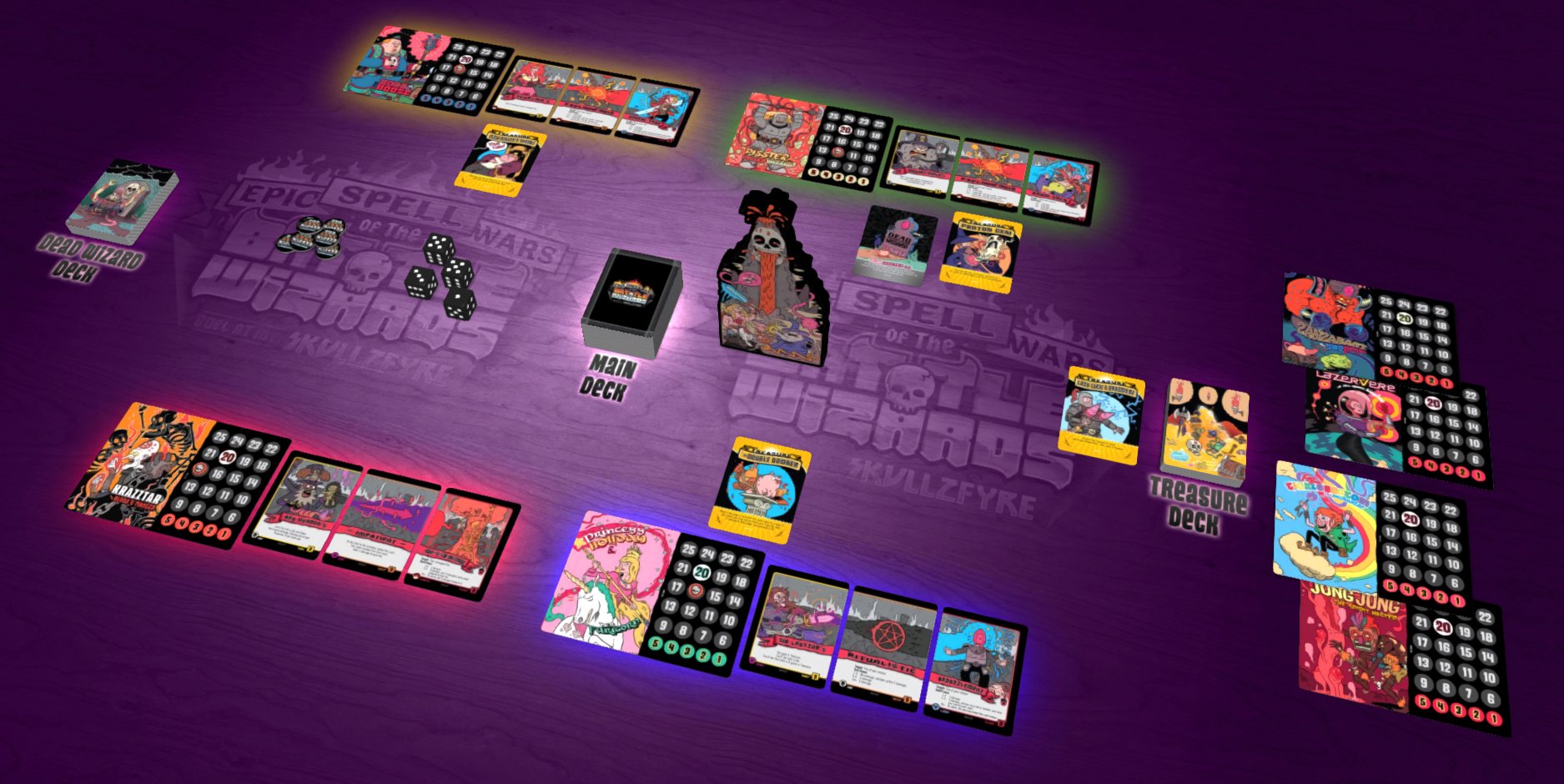