Dig Up Earth's Remnants By Yourself! 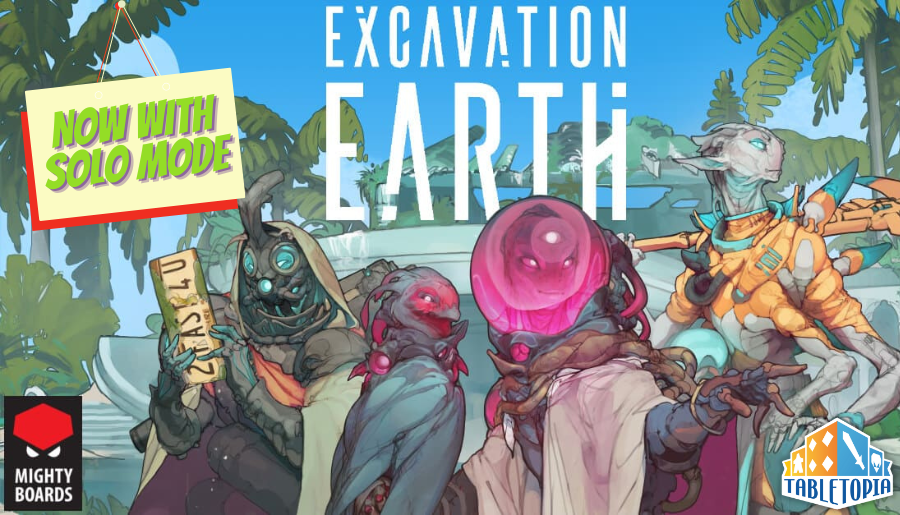 A century from now all that remains of Earth is the detritus that humanity left behind. The races of a neighbouring solar system have a penchant for artifacts left behind by extinct races. In Excavation Earth, you lead one of these races of alien explorers on their quest to excavate rare human artifacts and curate the ultimate art collection to sell-off.

Excavation Earth is divided into three rounds, each of which starts with players drafting a hand of multi-use cards that will be used to perform actions. Players then take quick turns playing actions that allow them to move their explorers around the world map, excavate for artifacts, and deploy traders to bazaars and influencers to affect prices and wheel and deal on the black market.

The artifacts you dig up can be either sold to the bazaars housed on one of the aliens' ships that landed on Earth or added to a collection that will be sold off as a coherent art collection to museums back home. Excavation Earth ends after three rounds and the player who makes the most money during the game wins. 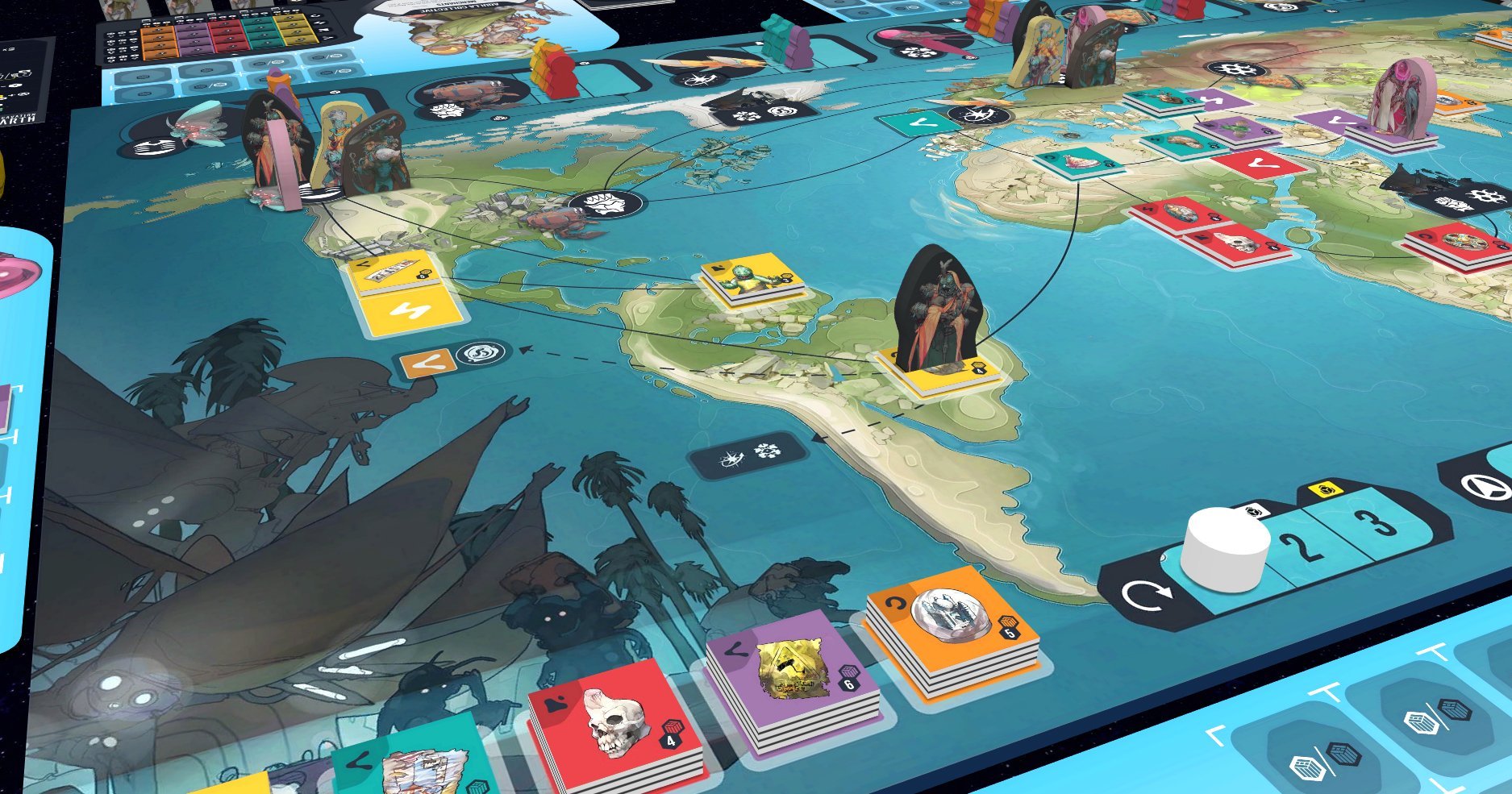