A Card Game of Exploration and Excitement! 🕵🏼‍♀️ 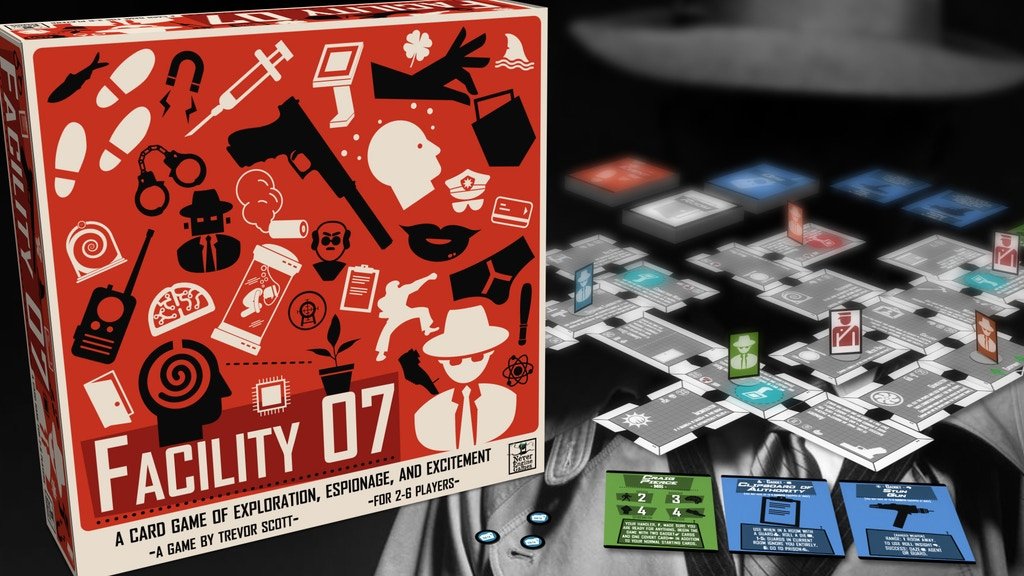 Facility 07 is a card game of espionage, betrayal, and tongue-in-cheek humor that will keep you laughing even as your meticulously planned attack is countered by another player and you end up in prison.

Players take on the role of Secret Agents who explore Facility 07, the lair of the bumbling evil genius Professor Norwood, encountering lazy guards, high tech gadgetry, and insidious traps, all while collecting precious data and searching for the mainframe. Players build the facility room by room as they explore it, which means there’s a new game board every time you play.

Players have full control over the length of each game at the start, anywhere from 20 minutes to 3 hours if you wanted! This flexible playtime makes Facility 07 the perfect game for a party, a family gathering, or a casual game night.

Players start the game with an uneasy truce, so they can’t shoot each other, but there are still plenty of opportunities for sabotage! Attacks and counter-attacks will fly and players can string together multiple cards for powerful combos. And once the Mainframe is hacked and the self destruct sequence is blaring over the loudspeakers, all bets are off and it’s every player for themselves! 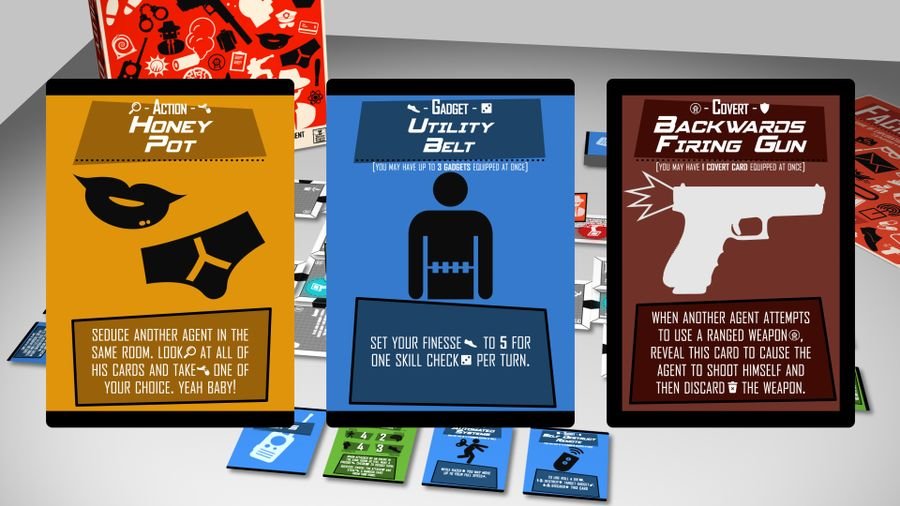