Fistfight in a space elevator 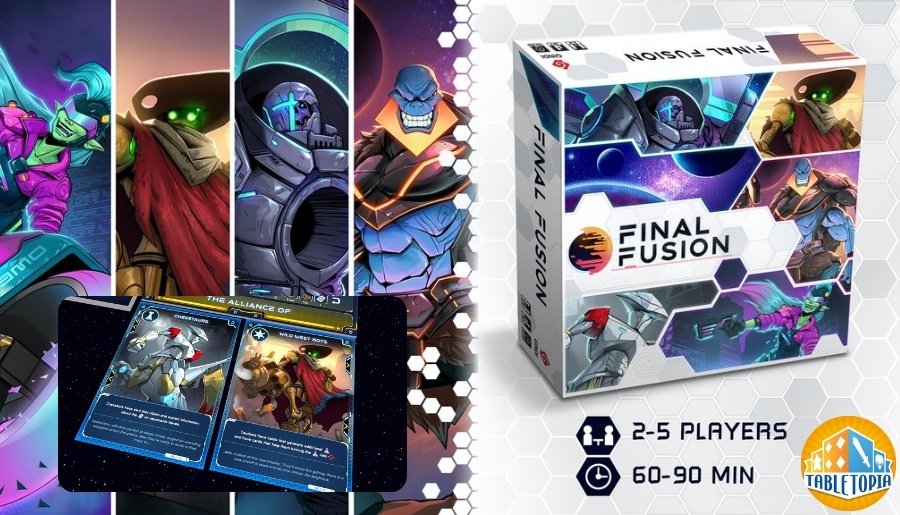 Void Particles were discovered, but only a union of two races can make use of their full potential. Take command of an unlikely alliance and fight for Final Fusion!

Final Fusion is a 2-5 players 60-90m conflict-driven space game, where each player leads an alliance of two alien races. Both races contribute a set of unique cards (used for actions and conflict resolution) and their Fleet (represented by a miniature with a functional tray to put our armies on). 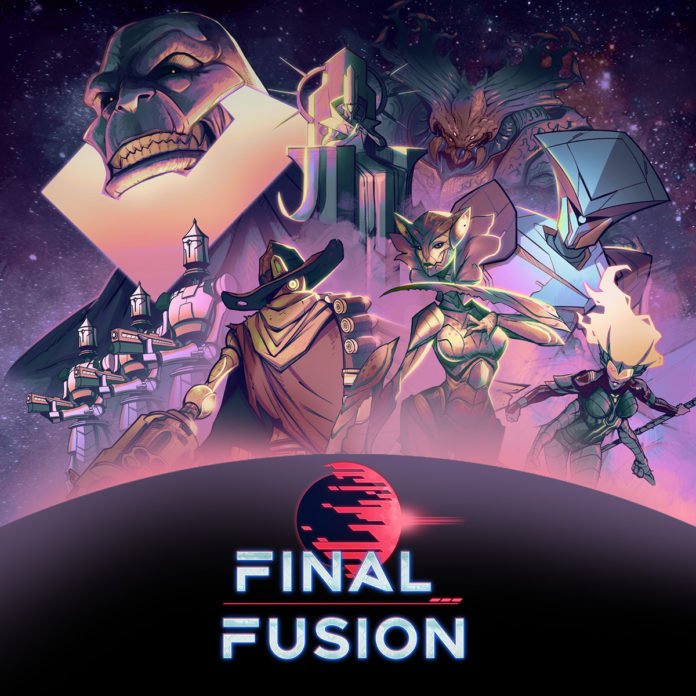 The aim of the game is achieving the eponymous Final Fusion, a feat of cosmic engineering on par with building a death star. This task requires getting Void Particles (VP for short), either by extracting them from the locations on the board or by moving on Colonization and Domination Tracks. While at it players strategically build their decks buying new technologies, gain Traits, and man their fleets to prepare for massive space battles.