Influence the fighters of a cyberpunk arena 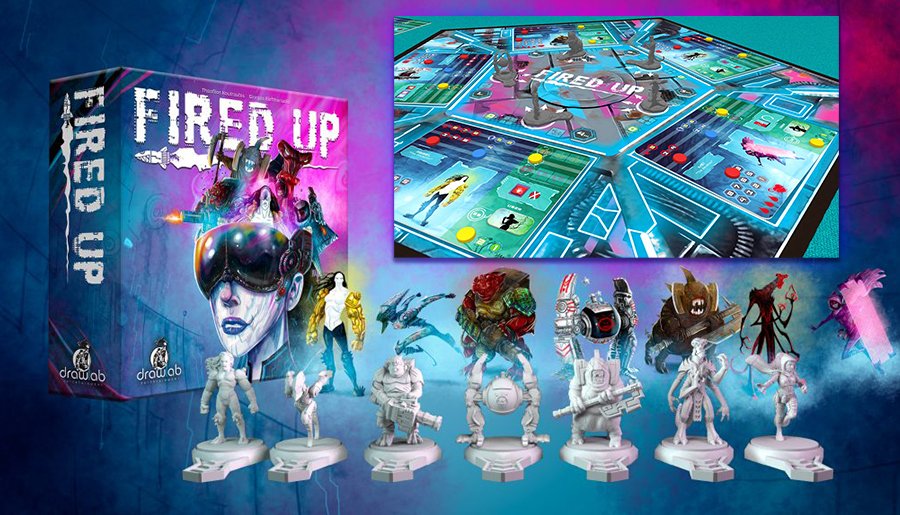 In the near future, entertainment will have changed. It will have evolved beyond traditional sports in stadiums and into a larger than life spectacle where digital warriors will compete against one another inside the cyberspace arena in bloodless conflict sports.

This futuristic environment is where Fired Up is set. In the game, the players are not the fighters! They are spectators with premium seats to the largest spectacle of all time. Their premium seats make it possible for them to influence the digital athletes in the Arena and bet on their champions in the fight.

Each round the players roll dice to determine how best to influence the warriors and will secretly bet on specific highlights they would like to see happening, thus having the best time ever! During the course of the game, each player roll their action dice which can be used to influence the fighters. After the action selection phase, the fighters are going to attack each other when the combat phase is going to be resolved. 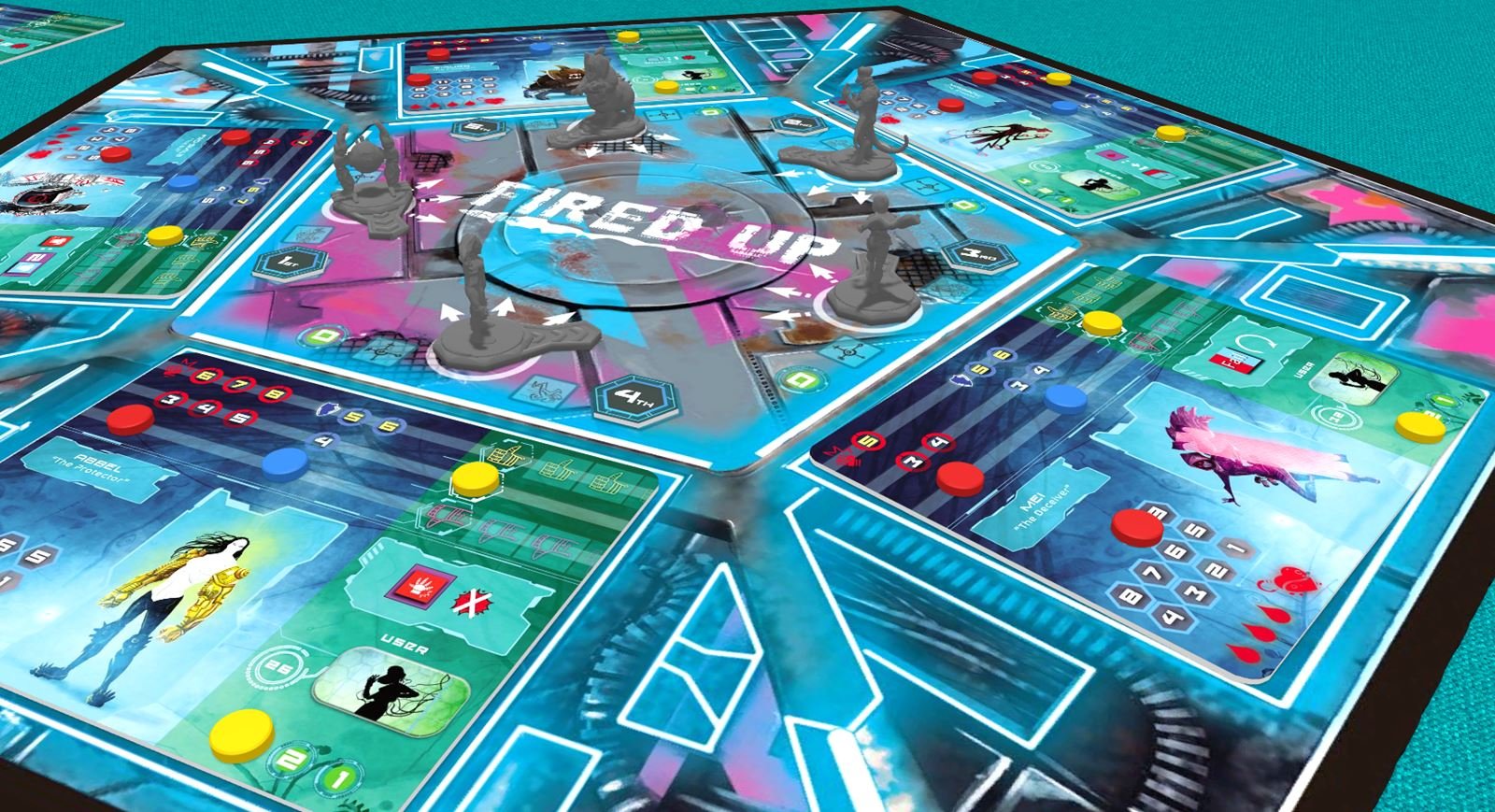 In the end, the person who had the most fun will win this game of futuristic sport!

The game ends when at most one fighter is left in the arena!