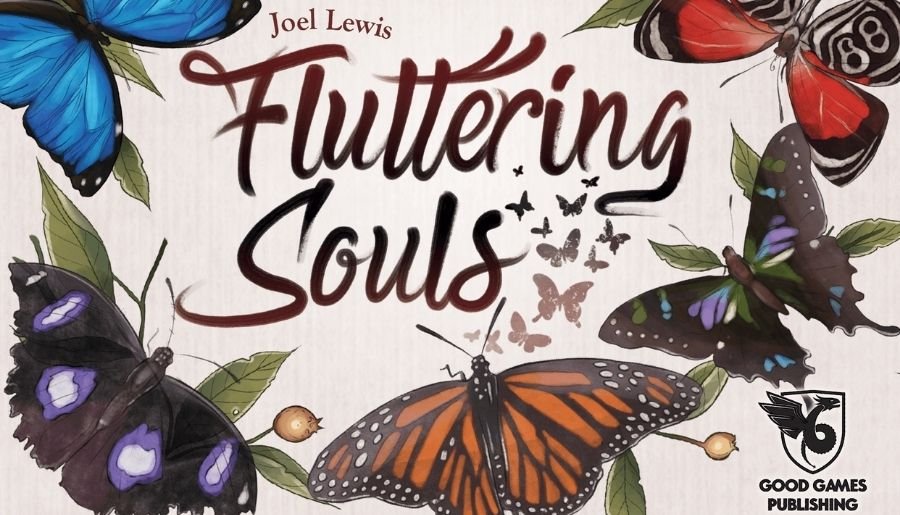 Fluttering Souls is a 2 player game, made up of 3 - 5 rounds. In each round players take turns collecting butterflies to earn victory points, either in a set or by themselves. The player that collects the most victory points at the end of a round is awarded a White Butterfly Token; a visit from a lost loved one. The first player to collect 3 White Butterfly Tokens is the winner.

Legend of the White Butterfly

Many years ago an apprentice merchant named Takahama fell hopelessly in love with a woman named Akiko. They became engaged, but, tragically, Akiko died before they could be wed.

Takahama was distraught. He had built a life and a successful career, but he could not bear to be away from his love. Such was his dedication to Akiko that he abandoned his trade and gave his life to the upkeep of the cemetery where she was buried.

For 50 years Takahama visited Akiko’s grave every day with a single pure white rose. One day, Takahama fell so ill he could not go outside. Fearing he may die, his sister and niece came to care for him. While he lay there, unable to move, a butterfly of the purest white landed gently on his pillow. Annoyed, Takahama’s niece tried to shoo the butterfly, but it would not stray from the pillow of the dying man.

As Takahama’s final breath left his body, so the butterfly flew to the grave of Akiko and disappeared. White butterflies are believed to be the visiting souls of loved ones. Worried that Takahama had not visited her grave that day; Akiko looked over him and did not leave until his soul had joined hers.