Compete against other pirates to claim glorious treasure! 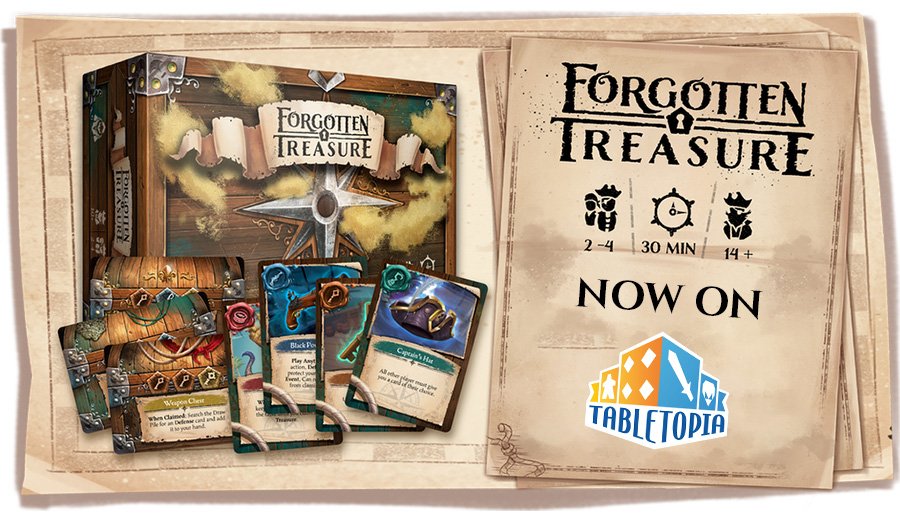 Forgotten Treasure is a competitive but easy-to-learn card game from Wicked Magic Games. In this game, players compete to collect the most Treasures and bring glory to their ship and crew.

The game is played over a varying number of rounds until either all Treasures have been claimed or there are no more cards in the draw pile. The player who has the most Treasures at the end of the game is the winner. 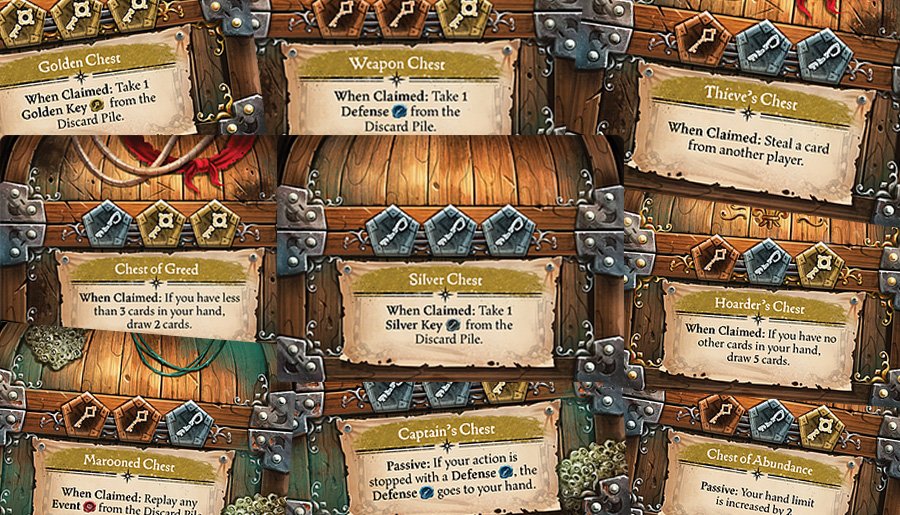 During a turn, there are three phases: A draw phase, an action phase, and a discard phase. During the action phase, players may choose to play a card, draw a card, or claim a Treasure. 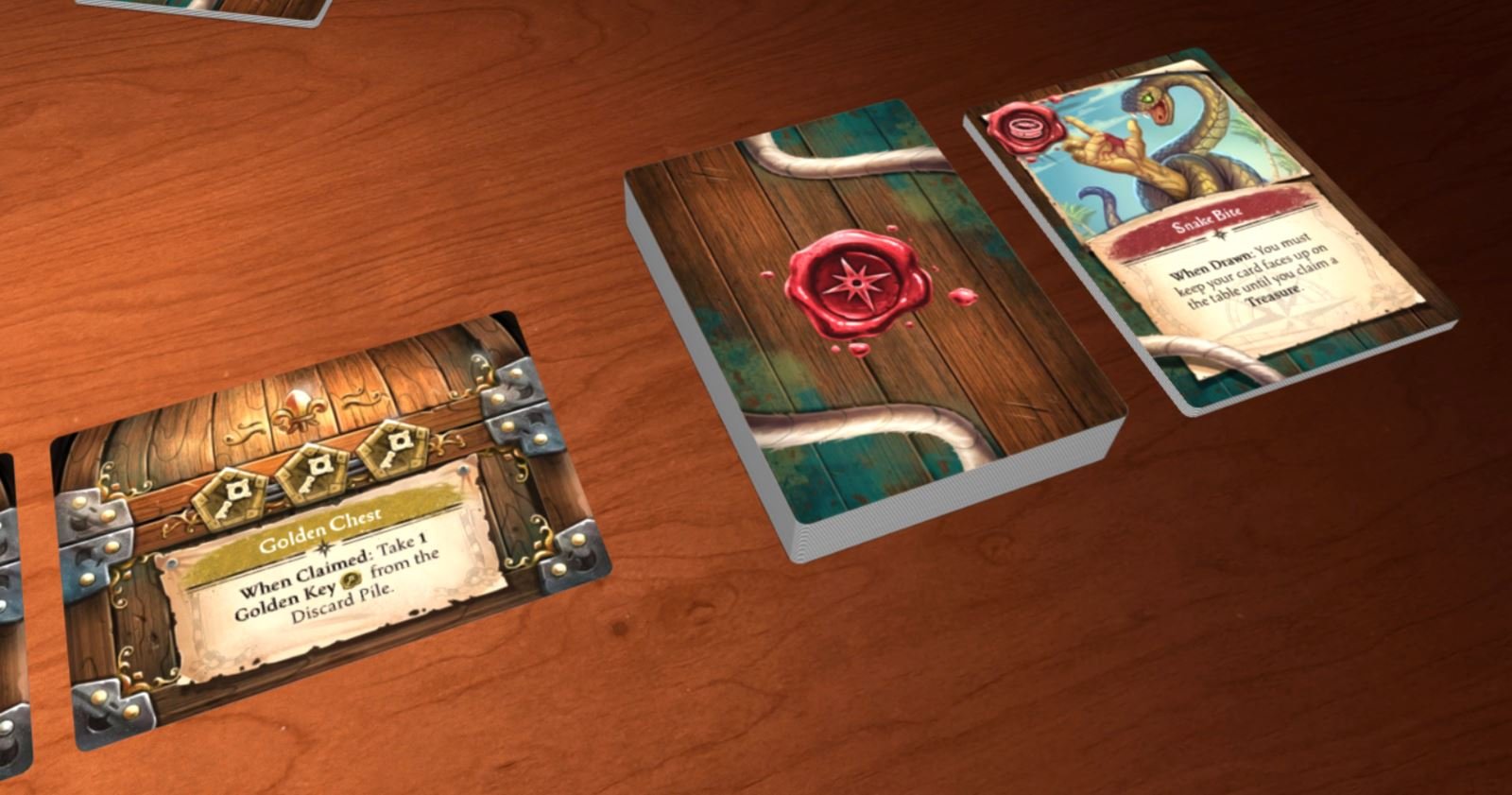 When Treasures are claimed, they provide players with a variety of passive benefits that helps them claim more Treasures.